You can now play on remote servers (not Realms!) on your Xbox and PS4 with friends.

It's like having a LAN server that's not actually there, spooky.

phantom is a command line application with no GUI (yet). See the usage section below.

Just replace <os> with macos, linux, etc. for the correct OS you're using.

Open up a command prompt (Windows) or terminal (macOS & Linux) to the location where you downloaded phantom, then type in the phantom command and hit enter. The server should show up on your LAN server list within a few seconds. If not, you did something wrong. Or I did ;)

Connect to a server at IP lax.mcbr.cubed.host port 19132: 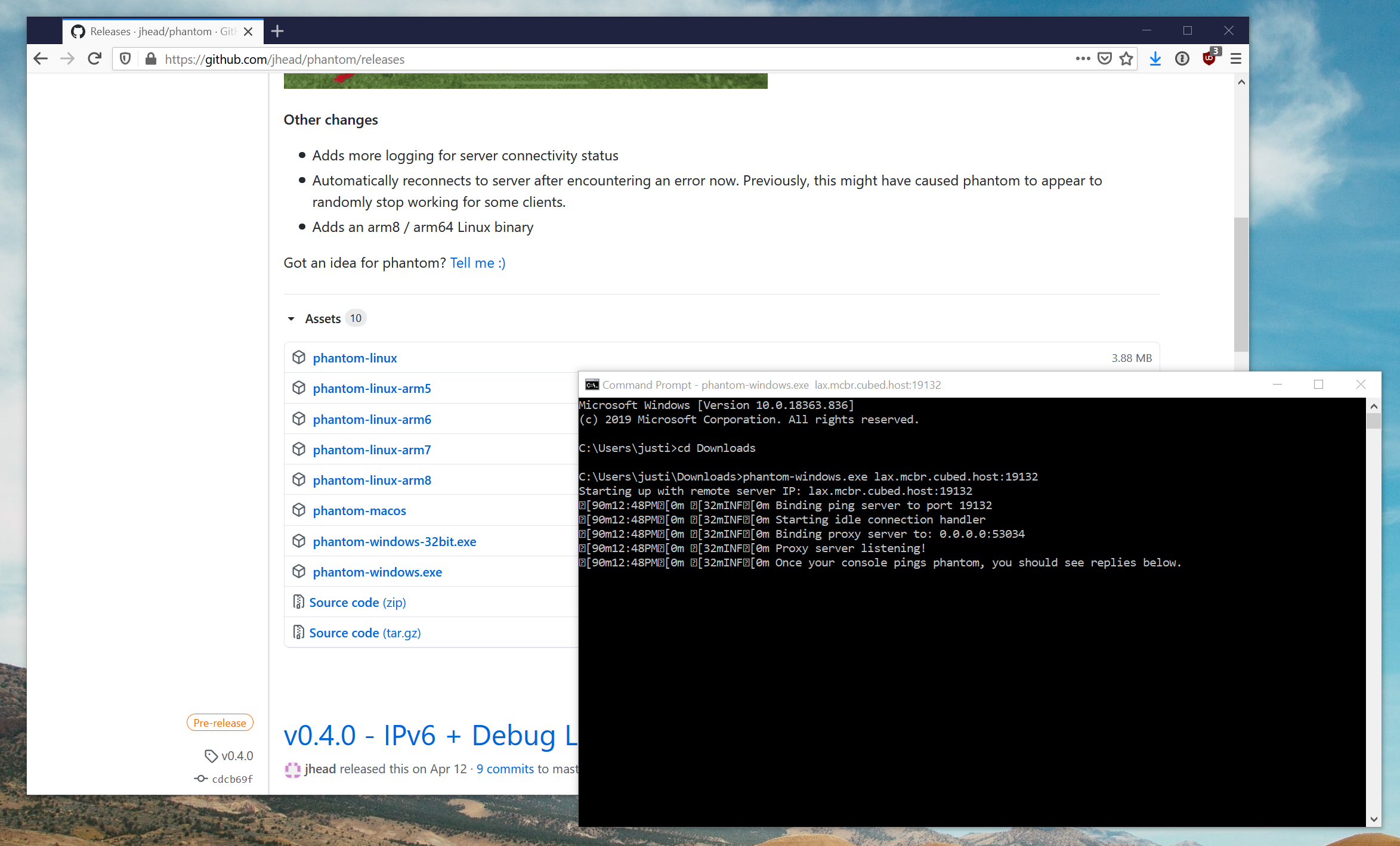 Same as above but bind to a specific local IP:

Same as above but bind the proxy server to port 19133:

If you have multiple Bedrock servers, you can run phantom multiple times on the same device to allow all of your servers to show up on the LAN list. All you have to do is start one instance of phantom for each server and set the -server flag appropriately. You don't need to use -bind or change the port. But you probably do need to make sure you have a firewall rule that allows all UDP traffic for the phantom executable.

The port is randomized by default and specifically omitted from the flag because the port that phantom runs on is irrelevant to the user. phantom must bind to port 19132 on all interfaces (or at least the broadcast address) to receive ping packets from LAN devices. So phantom will always do that and there's no way to configure otherwise, but you can also pick which IP you want the proxy itself to listen on, just in case you need that. You shouldn't though.

As long as the device you run phantom from is on the same LAN, the default settings should allow other LAN devices to see it when you open Minecraft.

The port used by the proxy server can be defined with the -bind_port flag. It can be useful if you are behind a firewall or using Docker and want to open only necessary ports to phantom. Note that you'll always need to open port 19132 in addition to the bind port for phantom to work.

This flag can be used with or without the -bind flag. Default value is 0, which means a random port will be used.

Makefile builds for Windows, macOS, and Linux, including x86 and ARM.

How does this work?

On Minecraft platforms that support LAN servers, the game will broadcast a server ping packet to every device on the same network and display any valid replies as connectable servers. This tool runs on your computer - desktop, laptop, Raspberry Pi, etc. - and pretends to be a LAN server, acting as a proxy, passing all traffic from your game through your computer and to the server (and back), so that Minecraft thinks you're connected to a LAN server, but you're really playing on a remote server. As soon as you start it up, you should see the fake server listed under LAN and, upon selecting it, connect to the real Bedrock/MCPE server hosted elsewhere.

For an optimal experience, run this on a device that is connected via ethernet and not over WiFi, since a wireless connection could introduce some lag. Your game device can be connected to WiFi. Your remote server can be running on a computer, a VM, or even with a Minecraft hosting service.

Note that you almost definitely need to create a firewall rule for this to work. On macOS, you'll be prompted automatically. On Windows, you may need to go into your Windows Firewall settings and open up all UDP ports for phantom.

My server isn't showing up on the list but it's online and phantom is showing connections!

Make sure "Visible to LAN players" is turn ON in your server's settings: (below shows setting OFF) 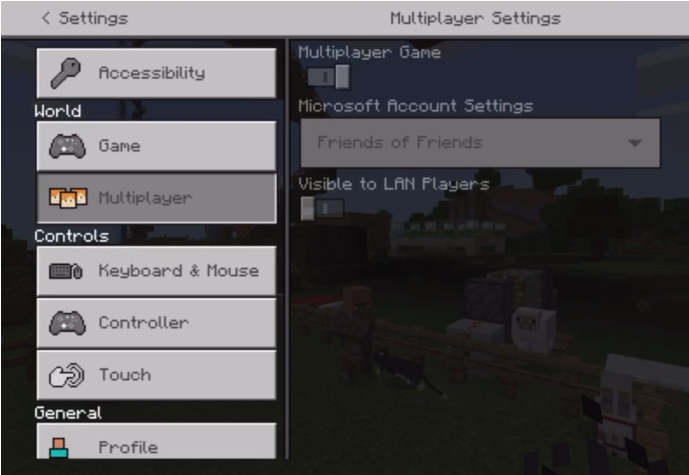