The Django Debug Toolbar is a configurable set of panels that display various debug information about the current request/response and when clicked, display more details about the panel's content.

Here's a screenshot of the toolbar in action: 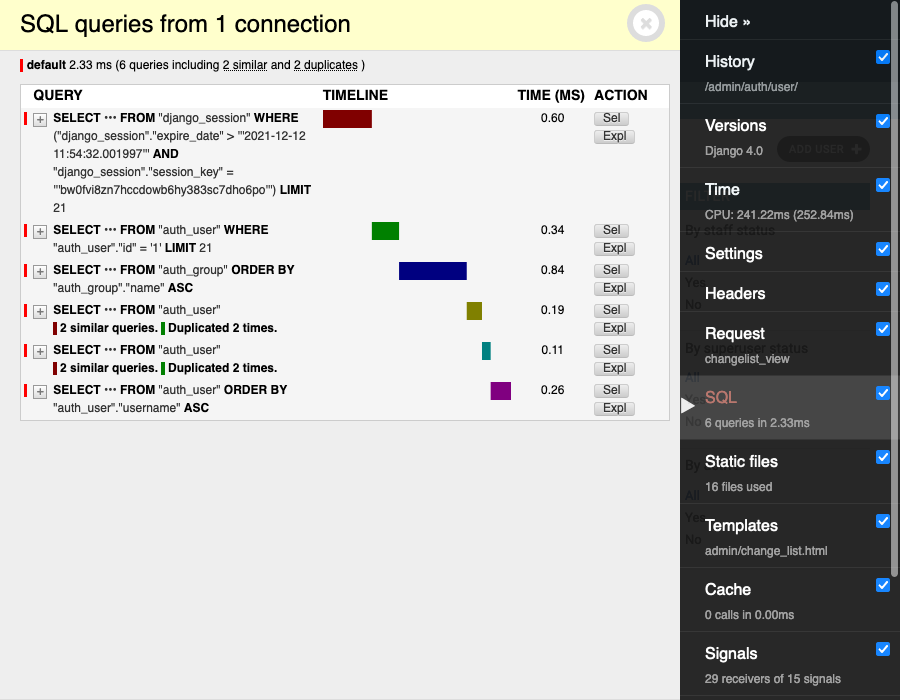 In addition to the built-in panels, a number of third-party panels are contributed by the community.

Documentation, including installation and configuration instructions, is available at https://django-debug-toolbar.readthedocs.io/.

The Django Debug Toolbar is released under the BSD license, like Django itself. If you like it, please consider contributing!

The Django Debug Toolbar was originally created by Rob Hudson <[email protected]> in August 2008 and was further developed by many contributors.