This algorithm simulates the way a number of biological things in nature grows. Among other things it is made to mimic the growth of the human brain, as well as a great number of plants.

Specifically this code is a line-based implementation of behaviour very similar to Floraform by Nervous System: https://n-e-r-v-o-u-s.com/projects/sets/floraform/ Another relevant paper (which I discovered later) is this: http://www.dgp.toronto.edu/~karan/artexhibit/mazes.pdf 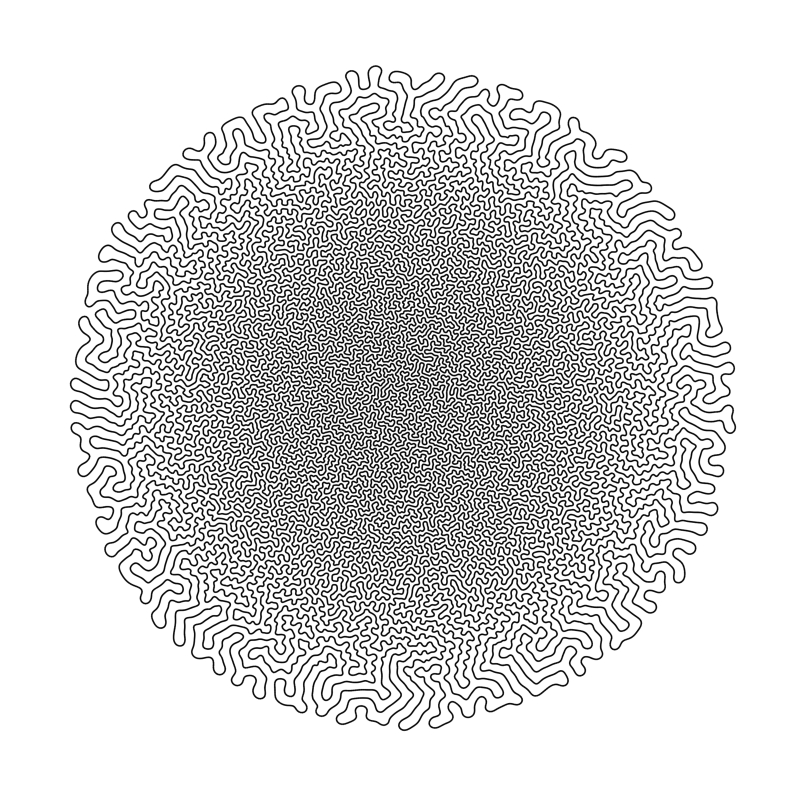 In brief; we start of with a number of connected nodes in a circle. Gradually we introduce new nodes on the line—prioritizing segments where the curve bends more sharply. Over time the curve grows increasingly intricate, but it never self-intersects. 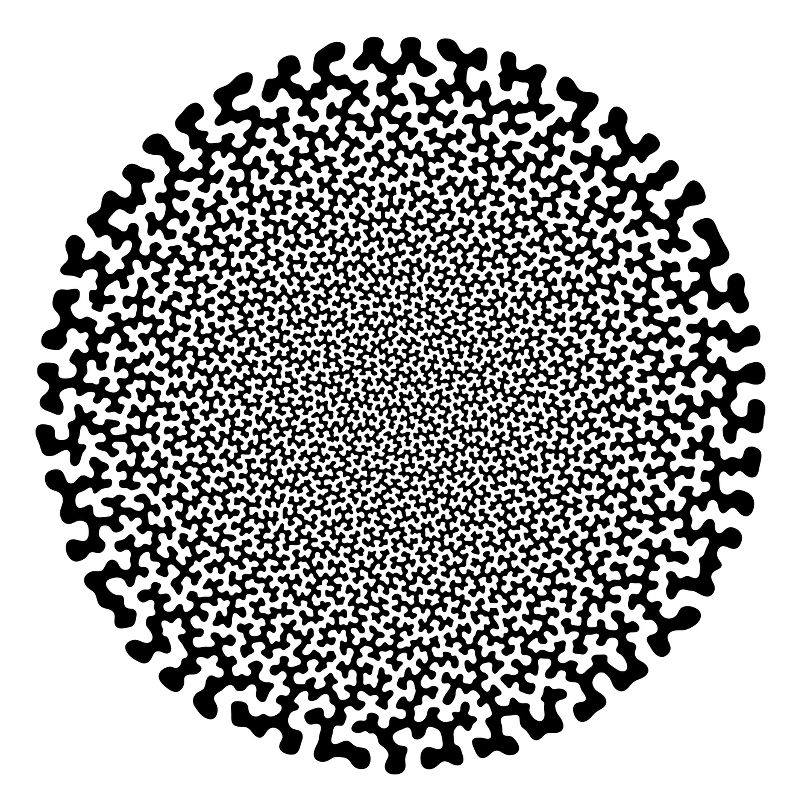 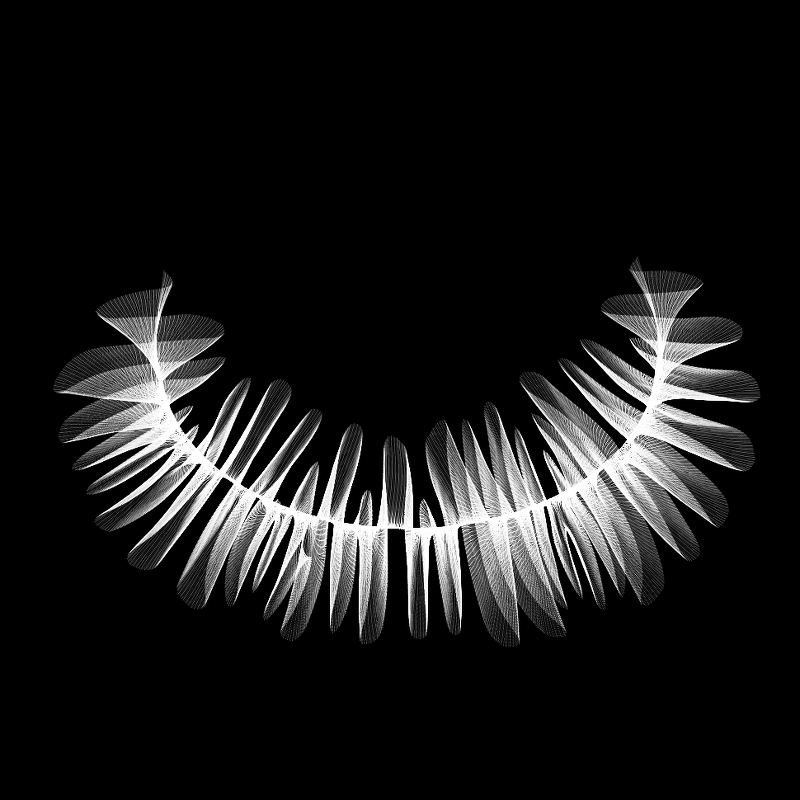 If we start with a different shape, and draw the outside position of the object for each growth step, we can get an entirely different kind of system with an interesting 3D illusion. 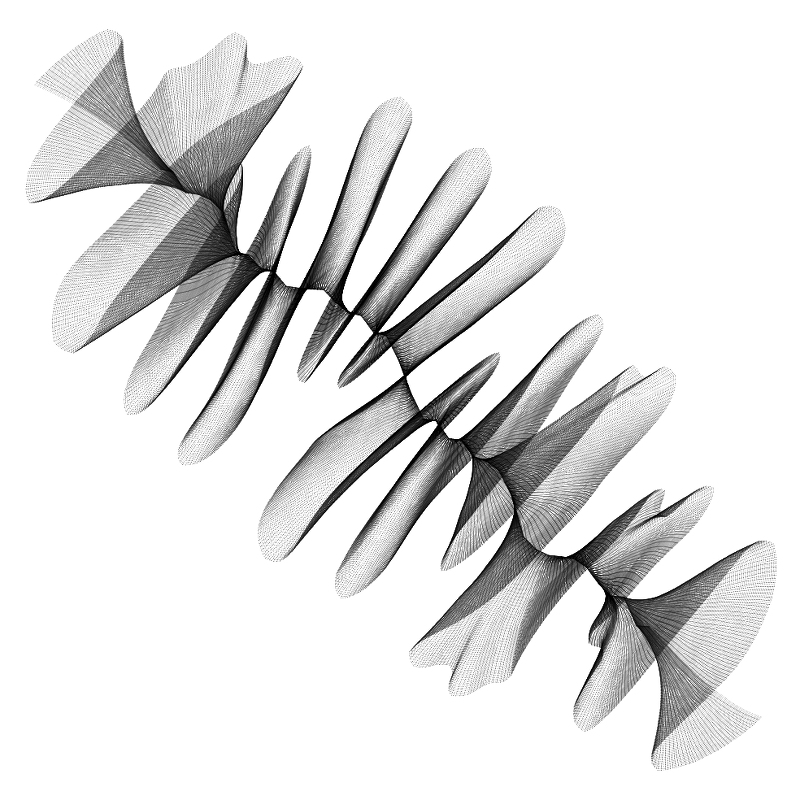 In order for this code to run you must first download and install these two repositories:

The code also depends on:

Running it on Linux (Ubuntu)

To install the libraries locally, run ./install. I have only tested this code in Ubuntu 14.04 LTS, but my guess is that it should work on most other platforms platforms as well. However i know that the scripted install in ./install will not work in Windows

Running it on Windows?

The code will probably work just fine under Windows, but I'm not sure how to install it. (Let me know if you get it working!)

Why all the main files?

If you just want to try this out you should have a look at main_ani.py. It is pretty safe to ignore all the others main files. (They implement different behaviour, and some of them are very experimental.)

If you find this alorithm insteresting you might also want to check out: https://github.com/inconvergent/differential-mesh.

Recently I also implemented a version of this algorithm using CUDA: