Haveno (pronounced ha‧ve‧no) is a private and decentralized way to exchange Monero for national currencies or other cryptocurrencies. Haveno uses peer-to-peer networking and multi-signature escrow to facilitate trading without a trusted third party custodian. Disputes can be resolved using non-custodial arbitration. Everything is built around Monero and Tor.

Haveno is the Esperanto word for "Harbor". The project is stewarded by a core Team, currently formed by 2 people: ErCiccione and Woodser. See the FAQ in the wiki for more information about the project.

Haveno is still work in progress. There are no binaries available at this stage. If you want to test Haveno you have to compile it first (see docs/installing.md).

Status of the project

At the moment Haveno is only a Proof of Concept. It's already possible to initiate crypto <-> XMR and fiat <-> XMR trades, but the platform still needs a lot of work before being available for public use.

The project is divided between multiple repositories:

Currently, efforts are focused in developing the core repository ('haveno'). If you wish to help, take a look at the issue tracker and the Kanban boards (projects). We run a bounty program to incentivize development, the issues elegible for a reward in XMR are labelled '💰bounty'.

Keep in touch and help out!

Haveno is a community-driven project. For it to be succesful it's fundamental to have the support and help of the Monero community. We have our own Matrix server. Registrations are not open at the moment, but the rooms are public and can be joined from any matrix client (like Element). We look forward to hearing from you!

To incentivize development and reward contributors we adopt a simple bounty system. Contributors may be awarded bounties after completing a task (resolving an issue). More details in the docs.

Would you like to help us build Haveno? Become a sponsor! We will show your logo here. Contact us at [email protected].

To bring Haveno to life, we need resources. If you have the possibility, please consider donating to the project. At this stage, donations are fundamental: 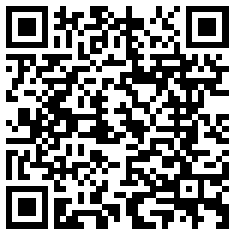 If you are using a wallet that supports Openalias (like the 'official' CLI and GUI wallets), you can simply put [email protected] as the "receiver" address.