Note 2: As of March 4, 2020, Facebook Messenger does not allow non-news page to use NON_PROMOTIONAL_SUBSCRIPTION tag.

After March 4th, 2020 Only Pages that are registered with the Facebook News Page Index (NPI) will be allowed to send non-promotional subscription messages. This rule has blocked Maid-chan in sending background messages.

If you have any other ideas, I am accepting contributions :) For developers, you could access the documentation pages for developers here. For others who are interested in using Maid-chan features, please ask me directly and head to Maid-chan Facebook Page. 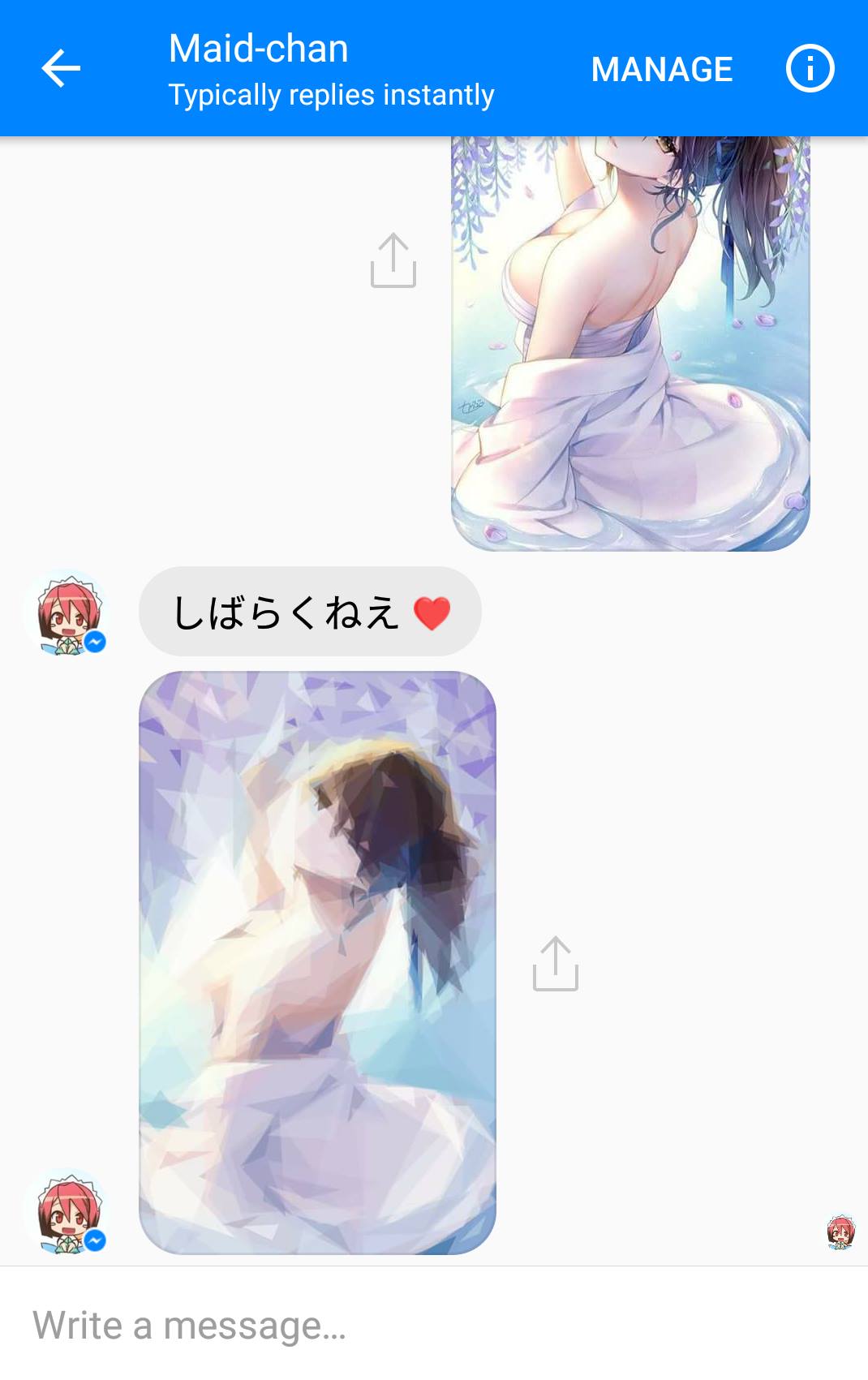 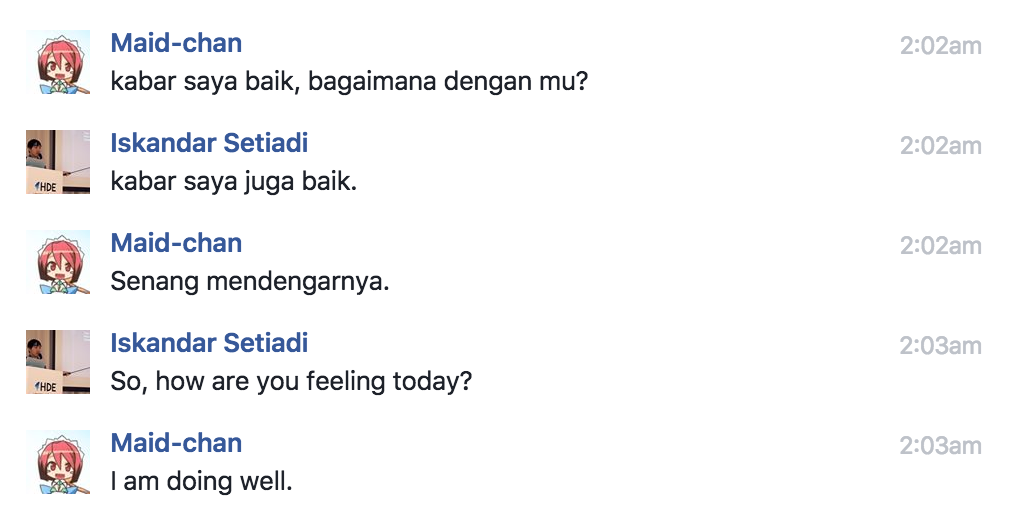 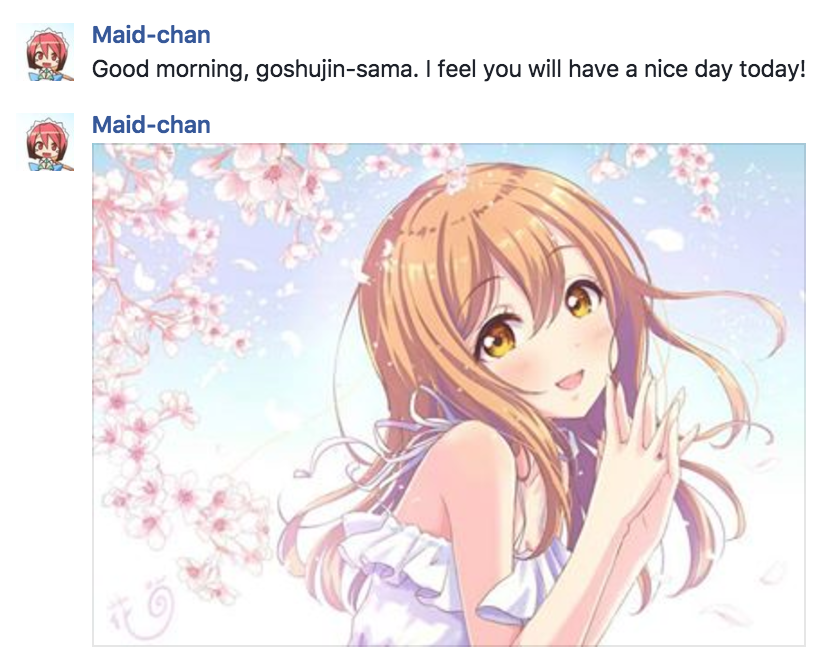 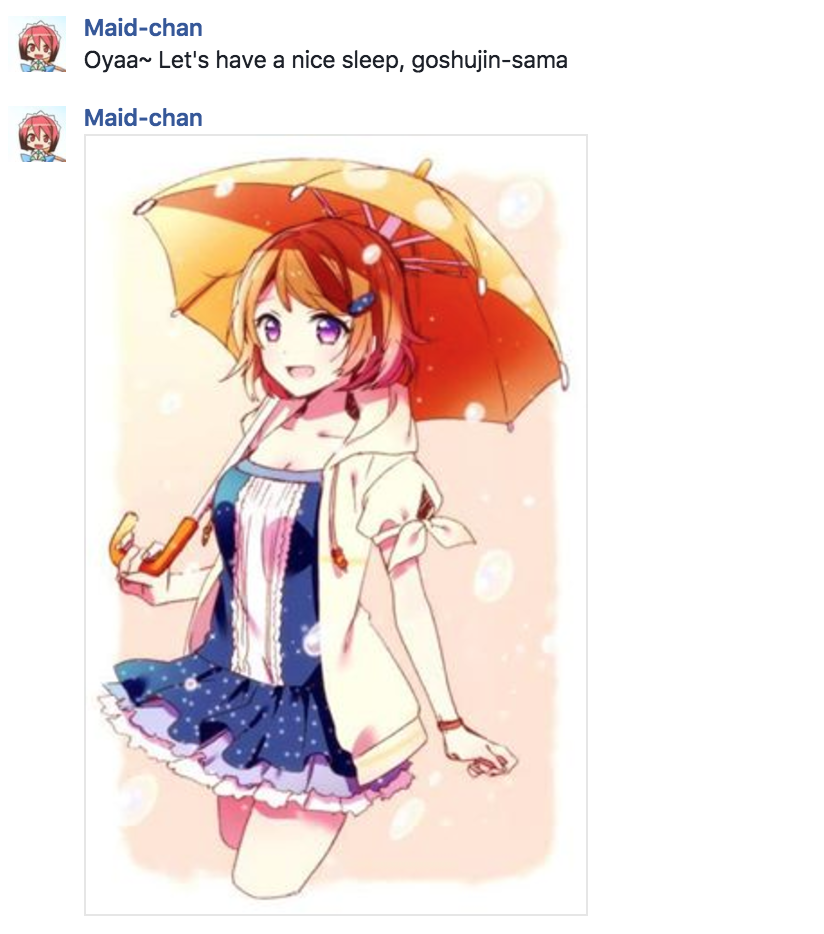 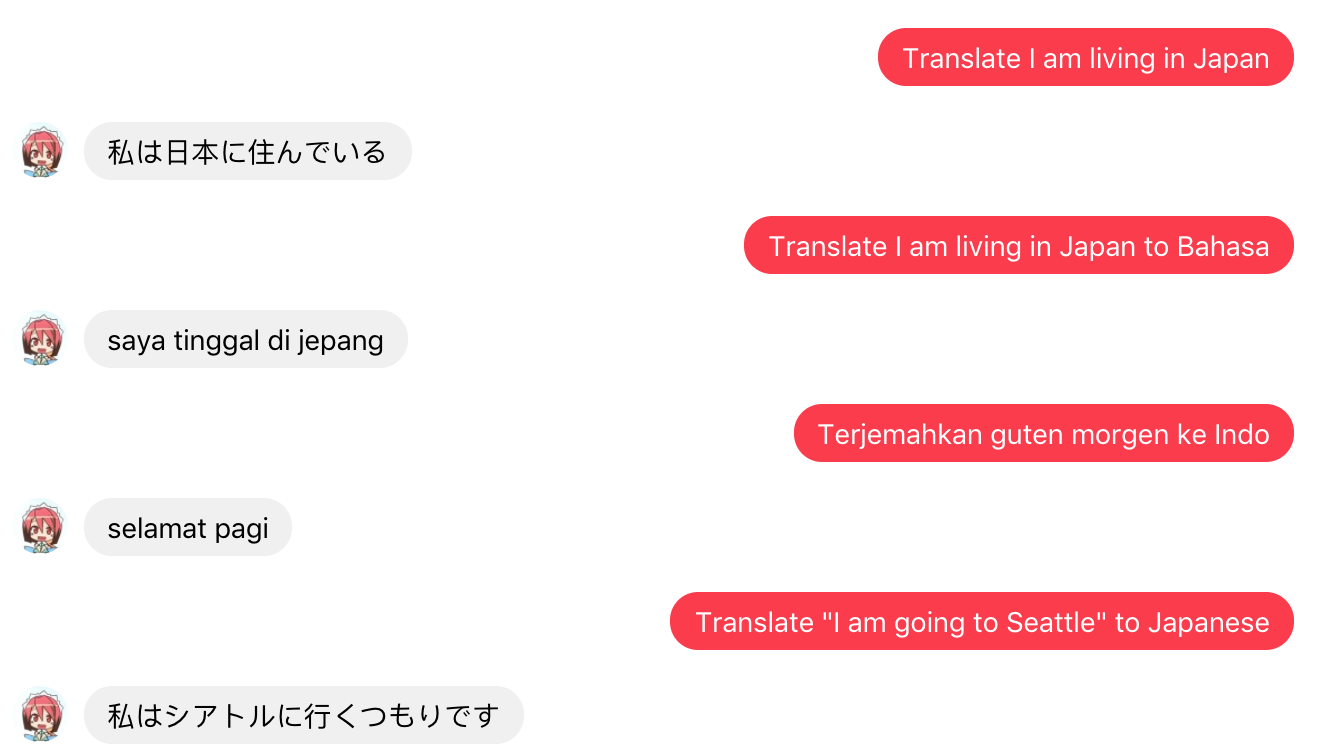 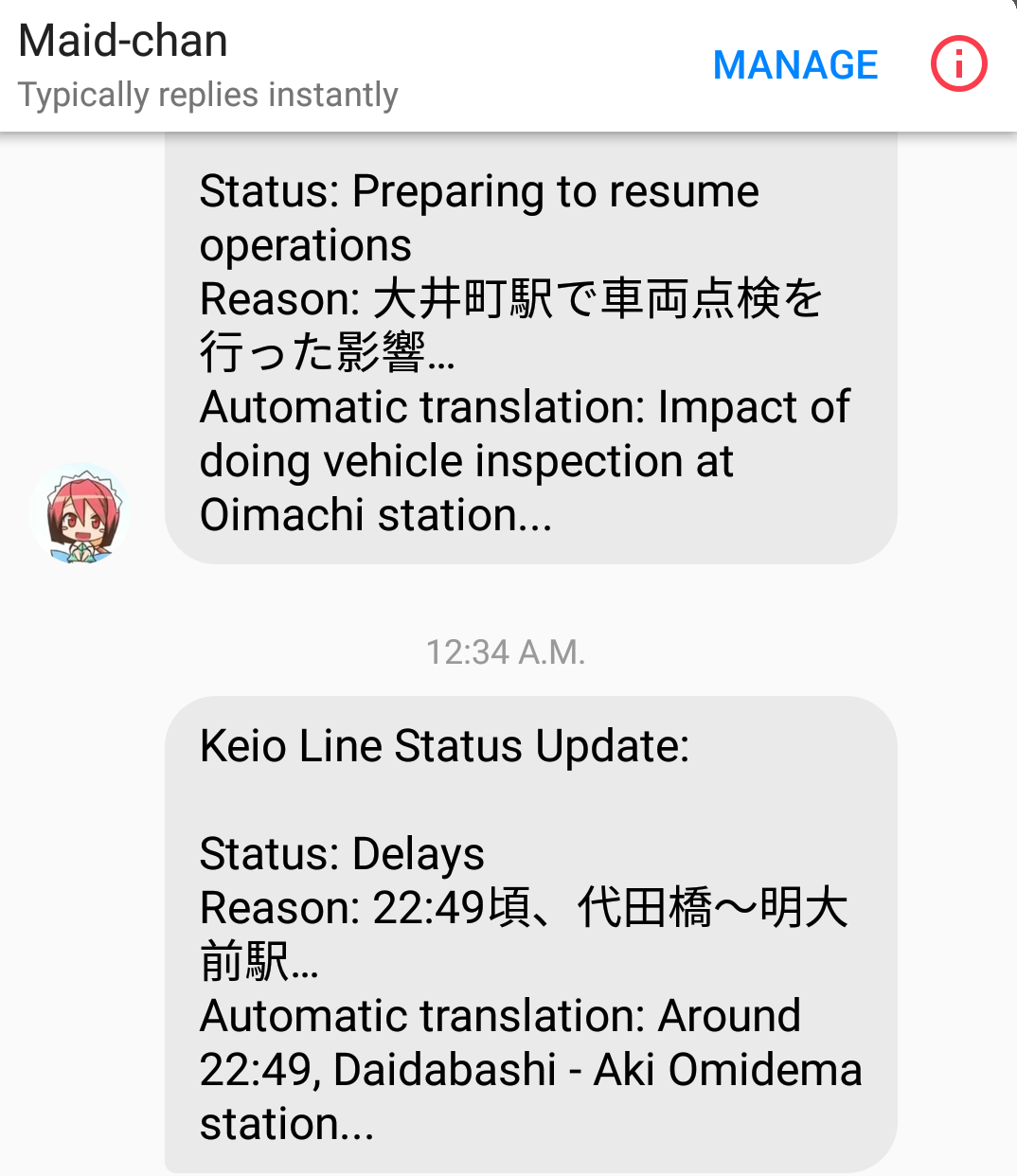 All time-related features are currently handled in UTC+9 (Japan Time). 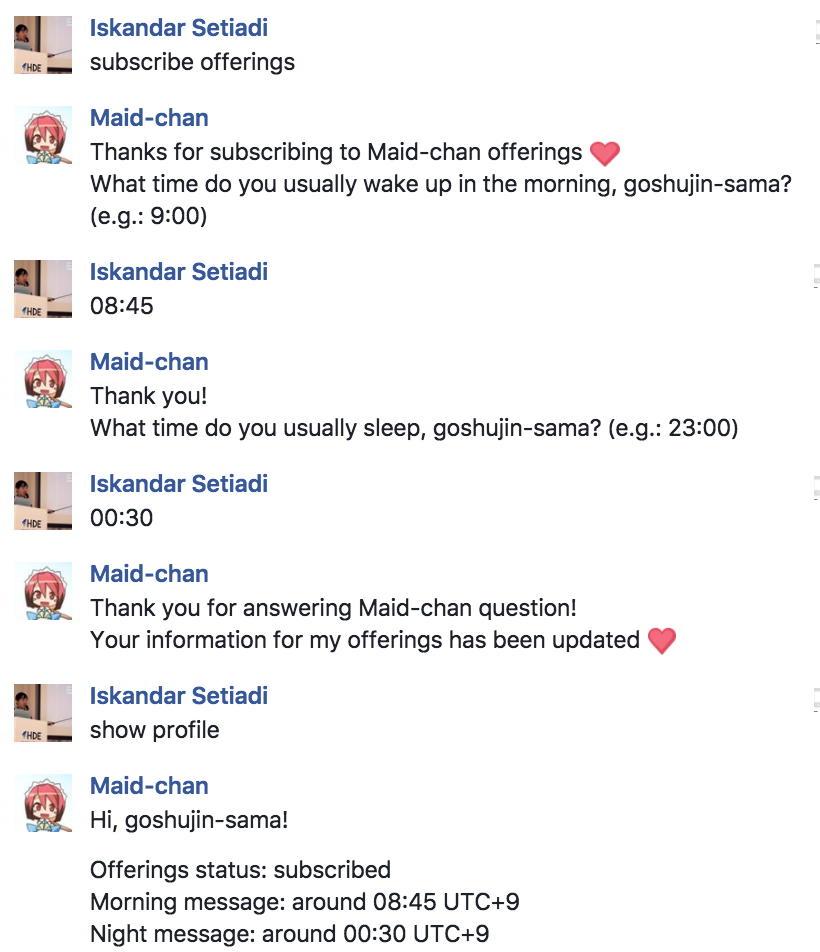 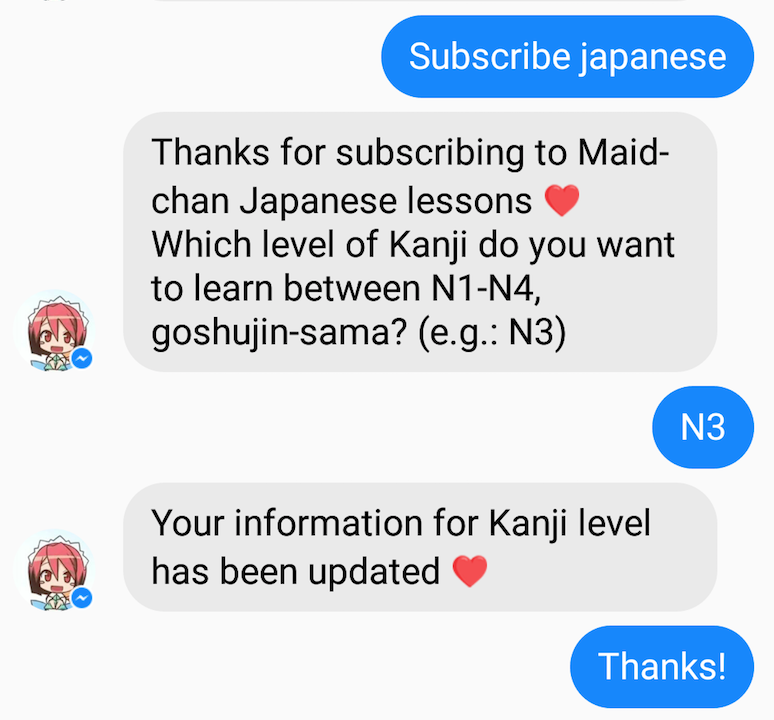 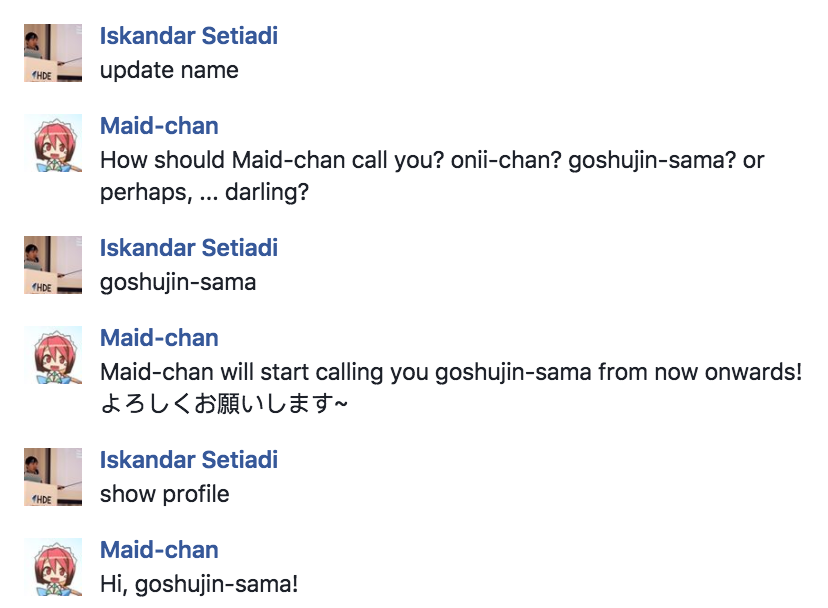 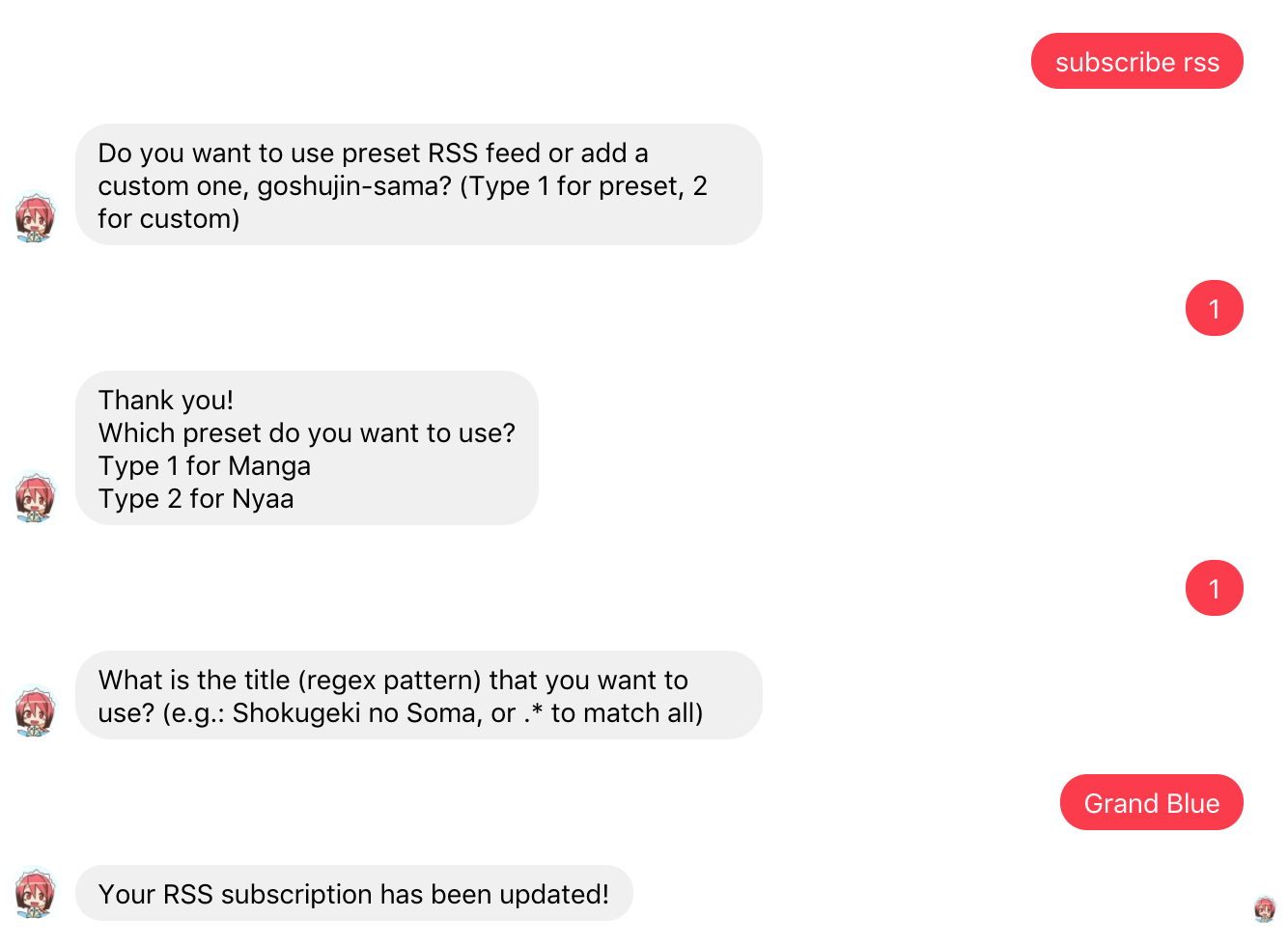 This project itself is licensed under MIT License. All images are owned by their respective creators.