This is an ongoing project. Made by Elyse Lam for the USC Viterbi Data Science Bootcamp

Scrape Etherscan then use Gephi to visualize network of transactions 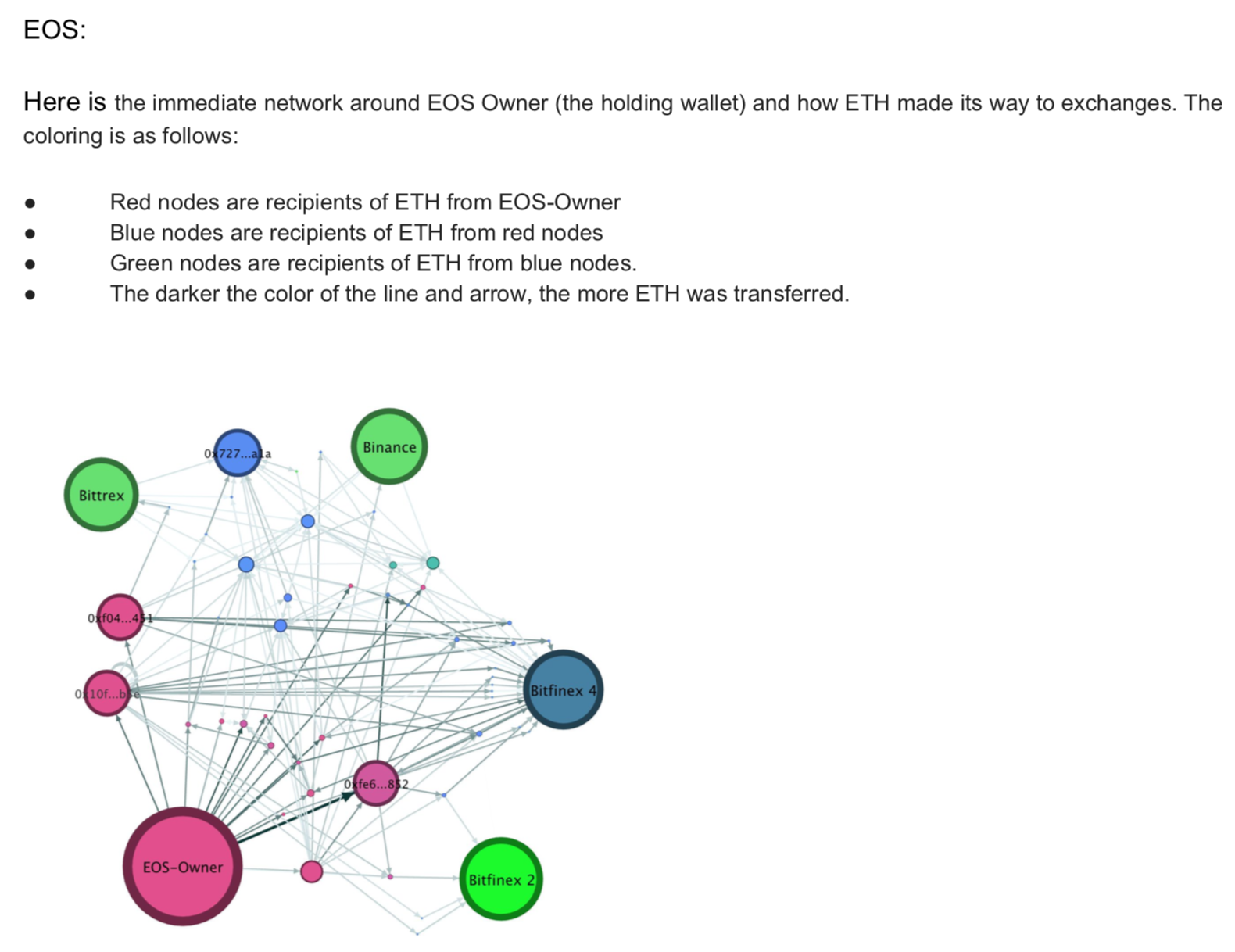 ether_balance.py - Ether balance of a wallet.

wallet_inspector.py - Experimental..discovered an undocumented API gets all transactions without paging issue get_all_transactions had. Requires additional formatting. transaction_batch.py - Gets all of the 1st page transactions for a wallet.

get_abi.py - Gets the abi of a smart contract. Fails for non-smart contracts. TODO: integrate with token test automation libraries

get_token_balance.py - Gets the token balance of a wallet address. Useful to connect with data pulled from all_transactions.py

all_transactions.py- Used to get all transactions for a Token. Must install gnu-sed (brew install gnu-sed) on Mac. Linux change gsed in fix_batch.sh to sed Python 3 only. Takes at least 20 mins to pull every transaction a token has ever had.
Usage: python3.6 all_transactions.py > tokenname.preprocessed
(after completion): ./fix_batch.sh tokenname.preprocessed
(if you need a csv): python3.6 convert-wallet.py
Testing: run ./fix_batch.sh medtoken.preprocessed for test data
Notes: ERC20 Transfers are buried inside of the data in the input field.
This line works for a google sheets import of the CSV but I am working on a better tool.
="0x"&LEFT(RIGHT($M4, 104), 40) M is the location of input, and 4 is the row. The rest is charcount stripping.


Original py-etherscan-api was a well built scaffolding for python scripts using the Etherscan API. The examples were so easy to work with I created a very basic command line interface and a couple new tools and decided to package them so you can integrate etherscan into your bash or python scripts as an input or output.

Directories have been restructured to fit the tools better. I pipe different wallet-tools into csvs for training or call them based on triggers from bash scripts. Suggestions and requests welcome.

This module is written as an effort to provide python bindings to the EtherScan.io API, which can be found at: https://etherscan.io/apis In order to use this, you must attain an Etherscan user account, and generate an API key.

In order to use the API, you must provide an API key at runtime, which can be found at the Etherscan.io API website. If you'd like to use the provided examples without altering them, then the JSON file api_key.json must be stored in the base directory. Its format is as follows:

with YourApiKeyToken is your provided API key token from EtherScan.io

To install the package to your computer, simply run the following command in the base directory:

Currently, only the following Etherscan.io API modules are available:

The remaining available modules provided by Etherscan.io will be added shortly