Dowse is a transparent proxy facilitating the awareness of ingoing and outgoing connections, from, to, and within a local area network.

Dowse provides a central point of soft control for all local traffic: from ARP traffic (layer 2) to TCP/IP (layers 3 and 4) as well as application space, by chaining a firewall setup to a trasparent proxy setup. A core feature for Dowse is that of hiding all the complexity of such a setup.

Dowse is an ongoing development effort rapidly gaining momentum for its simplicity and usefulness. Here a recent backstage video: 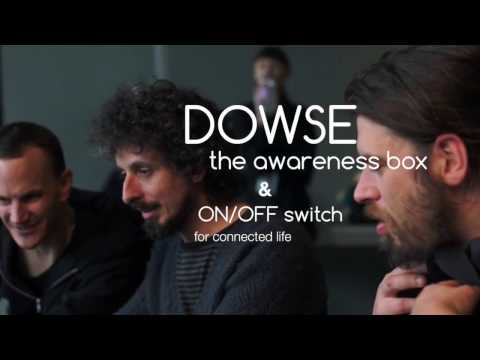 Dowse takes control of a LAN by becoming its DHCP server and thereby assigning itself as main gateway and DNS server for all clients. It keeps tracks of assigned leases by MAC Address. ISC DHCP and DNSCRYPT-PROXY are used as daemons.

All network traffic is passed through NAT rules for masquerading. HTTP traffic (TCP port 80) can be filtered through a transparent proxy using an application layer chain of Squid2 and Privoxy.

All DNS traffic (UDP port 53) is filtered through a DNSCRYPT-PROXY plugin encrypting all traffic (AES/SHA256) and analysed using domain-list to render a graphical representation of traffic.

Dowse is now running with a web interface on port 80.

To interact with dowse there is also a console with commands prefixed with dowse- (tab completion available). To enter it run zsh without extensions and source the main script: first type zsh -f and press enter, then type source /usr/local/dowse/zshrc and press enter.

If you like the dowse user to have an interactive console every time it logs in, then do ln -s /usr/local/dowse/zshrc $HOME/.zshrc.

If all went well now one should be able to connect any device to the internet as you did before, via Dowse.

Using https://www.devuan.org just compile and install Dowse following the procedure above. Images are available for a several popular ARM devices including RaspberryPI2 and 3, BananaPI, Cubieboard etc.

Here below an example start script launching all services in Dowse. Some can be commented / expunged ad-hoc depending from use cases, since the only vital functions are redis-server, dhcpd and dnscrypt-proxy.

Adding the following line one can set up an open network, what we call it "party mode":

As a good practice, such a script can be launched from /etc/rc.local for user dowse using setuidgid from the daemontools package.

The next is an example on how to stop dowse, for instance from a stop.sh script:

The scripts above are found in dowse source as start.sh and stop.sh and can be customised and called from the system at boot. It is also possible to run an interactive console with completion where dowse commands are available using the console.sh script. Once in the console all the above start/stop commands and even more internals will be available to be launched interactively.

The DNS visualization is produced in a custom format which can be easily processed by gource. This is the best way to "see dowse running": if you are running it locally, then install gource and do:

Sidenote: dowse-to-gource must be in the user's $PATH. To achieve this, as mentioned above, you can change the user's shell to zsh and do: ln -sf /usr/local/dowse/zshrc $HOME/.zshrc.

This will live render all the DNS activity occurring on your computer or local network, with the sort of animation that is also showcased on our website.

One can also experiment with gource arguments and render all the output of dowse-to-gource into a video file.

Open Sound Control (OSC) messaging is implemented to interface low-latency devices that are running on the same network. To start it one must know the IP address of the device, then do:

The main development repository is on https://github.com/dyne/dowse

Inside the ops directory an Ansible recipe is found along a ready to use Vagrant configuration to build two virtual machines (leader and client) that simulate a LAN to do further testing of Dowse.

Plus the usual vagrant commands. The devops in Dowse is based on http://Devuan.org and will run two virtual machines connected to each other, one "leader" running Dowse and serving DHCP, one "client" connected to it and to the Internet via the leader.

Help with development is welcome, manuals on how to write new modules and daemons are in the making and there is a sister project to categorize all domains used by Internet's conglomerates which also welcomes contributions: https://github.com/dyne/domain-list