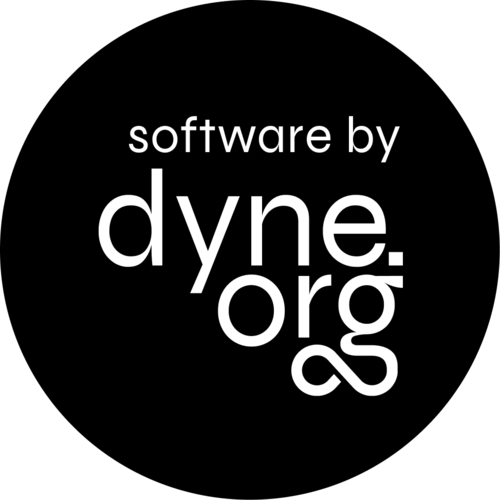 Get the stable .tar.gz signed release for production use!

For the instructions on how to get started using Tomb, see INSTALL.

What is Tomb, the crypto undertaker?

Tomb aims to be a free and open source system for easy encryption and backup of personal files, written in code that is easy to review and links well reliable GNU/Linux components.

Tomb's ambition is to improve safety by way of:

At present, Tomb consists of a simple shell script (Zsh) using standard filesystem tools (GNU) and the cryptographic API of the Linux kernel (cryptsetup and LUKS). Tomb can also produce machine parsable output to facilitate its use inside graphical applications.

To create a Tomb, do:

To open it, do

and after you are done

or if you are in a hurry

What is this for, exactly?

This tool can be used to dig .tomb files (LUKS volumes), forge keys protected by a password (GnuPG encryption) and use the keys to lock the tombs. Tombs are like single files whose contents are inaccessible in the absence of the key they were locked with and its password.

Once open, the tombs are just like normal folders and can contain different files, plus they offer advanced functionalities like bind and execution hooks and fast search, or they can be slammed close even if busy. Keys can be stored on separate media like USB sticks, NFC, on-line SSH servers or bluetooth devices to make the transport of data safer: one always needs both the tomb and the key, plus its password, to access it.

The tomb script takes care of several details to improve user's behaviour and the security of tombs in everyday usage: protects the typing of passwords from keyloggers, facilitates hiding keys inside images, indexes and search a tomb's contents, mounts directories in place, lists open tombs and selectively closes them, warns the user about free space and last time usage, etc.

How secure is this?

Death is the only sure thing in life. That said, Tomb is a pretty secure tool especially because it is kept minimal, its source is always open to review (even when installed) and its code is easy to read with a bit of shell script knowledge.

All encryption tools being used in Tomb are included as default in many GNU/Linux operating systems and therefore are regularly peer reviewed: we don't add anything else to them really, just a layer of usability.

The file KNOWN_BUGS.md contains some notes on known vulnerabilities and threat model analysis.

In absence or malfunction of the Tomb script it is always possible to access the contents of a Tomb only using a dm-crypt enabled Linux kernel, cryptsetup, GnuPG and any shell interpreter issuing the following commands as root:

One can change the last argument /mnt to where the Tomb has to be mounted and made accessible. To close the tomb then use:

As of today, Tomb is a very stable tool also used in mission critical situations by a number of activists in dangerous zones. It has been reviewed by forensics analysts and it can be considered safe for adoption where the integrity of information stored depends on the user's behaviour and the strength of a standard AES-256 (XTS plain) encryption algorithm (current default) or, at one's option, other equivalent standards supported by the Linux kernel.

Tomb can be used in conjunction with some other software applications, some are developed by Dyne.org, but some also by third parties.

These auxiliary applications are found in the extras/ subdirectory of distributed Tomb's sourcecode:

The following applications are not included in Tomb's distributed sourcecode, but are known and tested to be compatible with Tomb:

If you are writing a project supporting Tomb volumes or wrapping Tomb, let us know!

Tomb qualifies as sound for use on information rated as "top secret" when used on an underlying stack of carefully reviewed hardware (random number generator and other components) and software (Linux kernel build, crypto modules, device manager, compiler used to built, shell interpreter and packaged dependencies).

Tomb volumes are fully compliant with the FIPS 197 advanced encryption standard published by NIST and with the following industry standards:

Tomb implementation is known to address at least partially issues raised in:

Any help on further verification of compliancy is very welcome, as the access to ISO/IEC document is limited due to its expensive nature.

Use stable releases in production!

So be warned: do not use the latest Git version in production environments, but use a stable release versioned and packed as tarball on https://files.dyne.org/tomb

How can you help

Translations are also welcome: they can be contributed editing sending the .po files in extras/translations.

The code is pretty short and readable. There is also a collection of specifications and design materials in the doc directory.

If you plan to commit code into Tomb, please keep in mind this is a minimalist tool and its code should be readable. Guidelines on the coding style are illustrated in doc/HACKING.txt.

Tomb's developers can be contacted using the issues on GitHub or over IRC on https://irc.dyne.org channel #dyne (or direct port 9999 SSL)

Tomb is Copyright (C) 2007-2021 by the Dyne.org Foundation and maintained by Denis Roio [email protected]. More information on all the developers involved is found in the AUTHORS file.

This source code is free software; you can redistribute it and/or modify it under the terms of the GNU Public License as published by the Free Software Foundation; either version 3 of the License, or (at your option) any later version.

This source code is distributed in the hope that it will be useful, but WITHOUT ANY WARRANTY; without even the implied warranty of MERCHANTABILITY or FITNESS FOR A PARTICULAR PURPOSE. Please refer to the GNU Public License for more details.

You should have received a copy of the GNU Public License along with this source code; if not, write to: Free Software Foundation, Inc., 675 Mass Ave, Cambridge, MA 02139, USA.