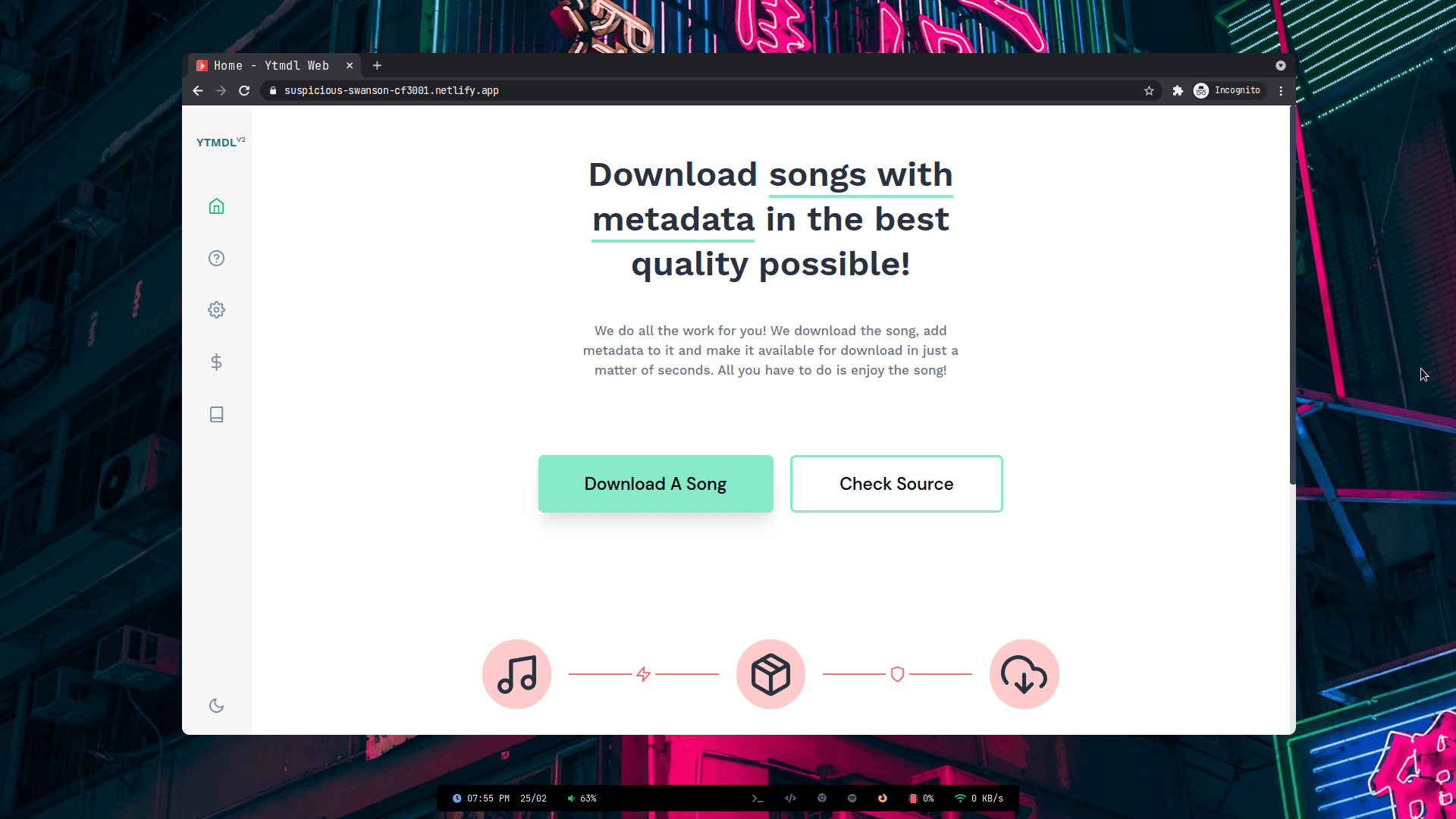 Version 2 of Ytmdl Web with a lot of fixes since the first iteration. This release is way faster than the previous version along with some neat additions like Settings. This Web App is based on the commandline version of the app which can be found here.

If you want to deploy the webapp locally and run it, you can do that by pulling the latest image and deploying it.

By default the webapp runs on port 8082.

The latest image is built everytime a merge is done in the production branch. If you want to experiment with the bleeding edge and get new features, try out setup.

In order to run the project locally, you need to clone the repo and run:

If you want to build, use:

If you want to contribute to the project, read the this.