UICollectionViewLayout for displaying 2D tables, similar to those in spreadsheets. Library contains layout class and DRCollectionViewTableLayoutManager that acts as a proxy and allows to configure collection view, and propagate it with data in easy way. For example implementation, checkout attached demo project.

Tested under iOS 7, should work on iOS 6 (check reported issues if you are planning to support iOS 6). 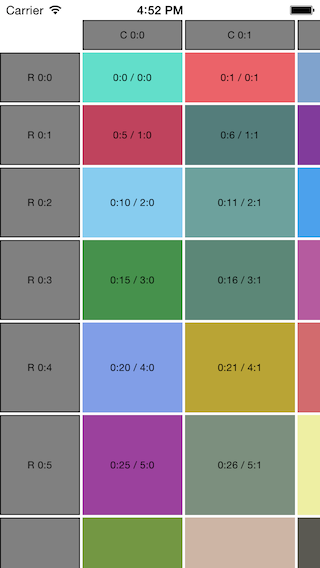 DRCollectionViewTableLayout alows you to easily setup floating headers for columns as well as rows. Sticky headers behaviour is similar to UITableView headers. 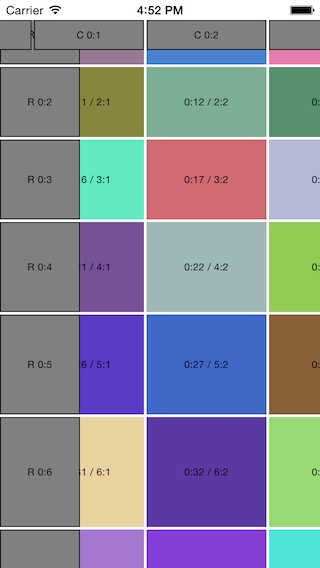 You can install the library using CocoaPods. To do so, you will need to add one of the following lines to your Podfile:

For most recent or exact development version (not recommended on production):

Where VERSION_TAG you should put tag name for given version (ex. "1.0.5"). It is recommended to set version explicity instead of using most recent version, as backward compatibility is not warranted.

Public methods of the library are documented in-code. For detailed examples check out attached demo project.

Code in this project is available under the MIT license.

The library is using concepts from: