A project template and a generator to:

The generated Elm app. Started with Parcel
behind Netlify Dev and tested with Cypress: 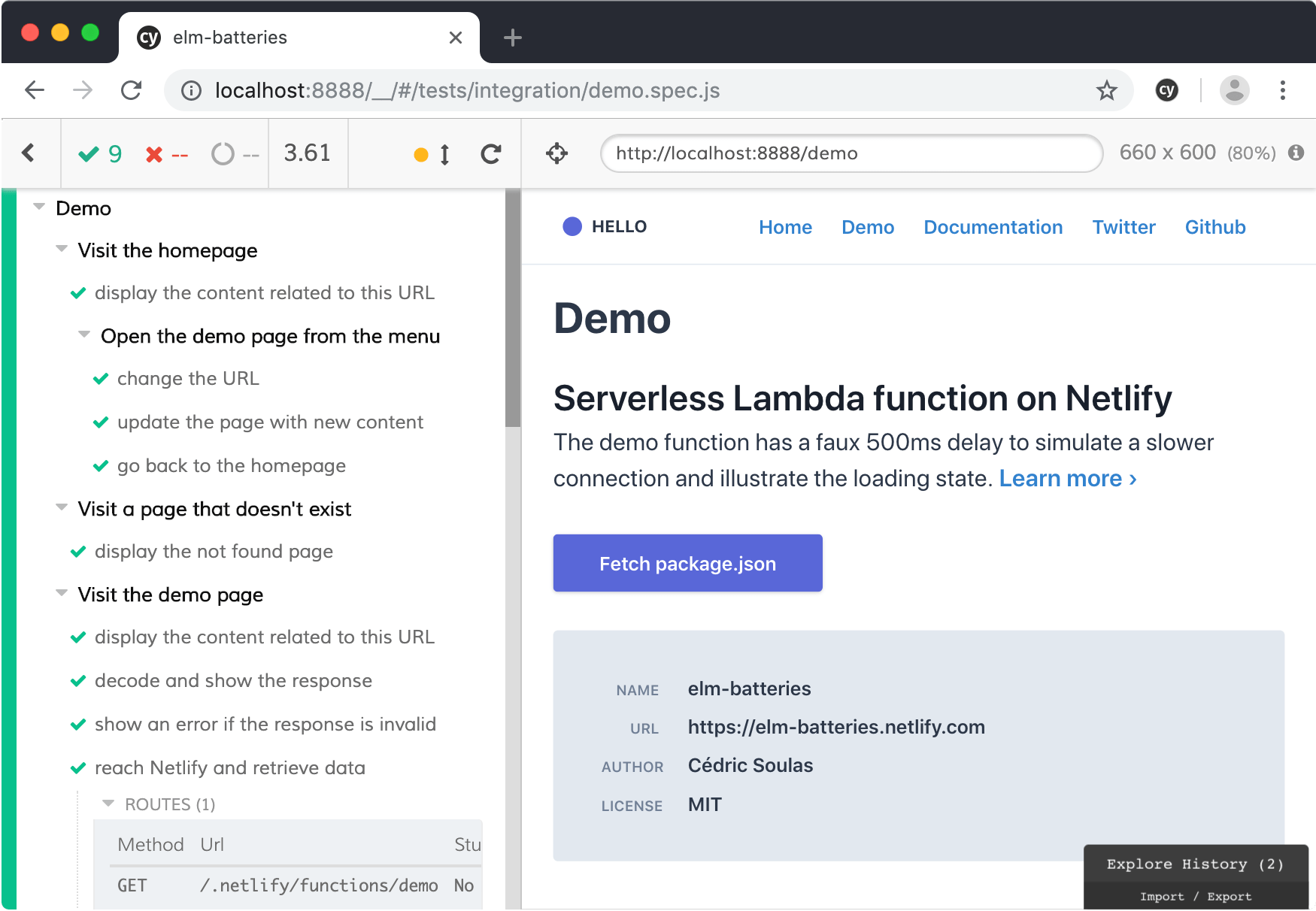 Usage with npm or yarn 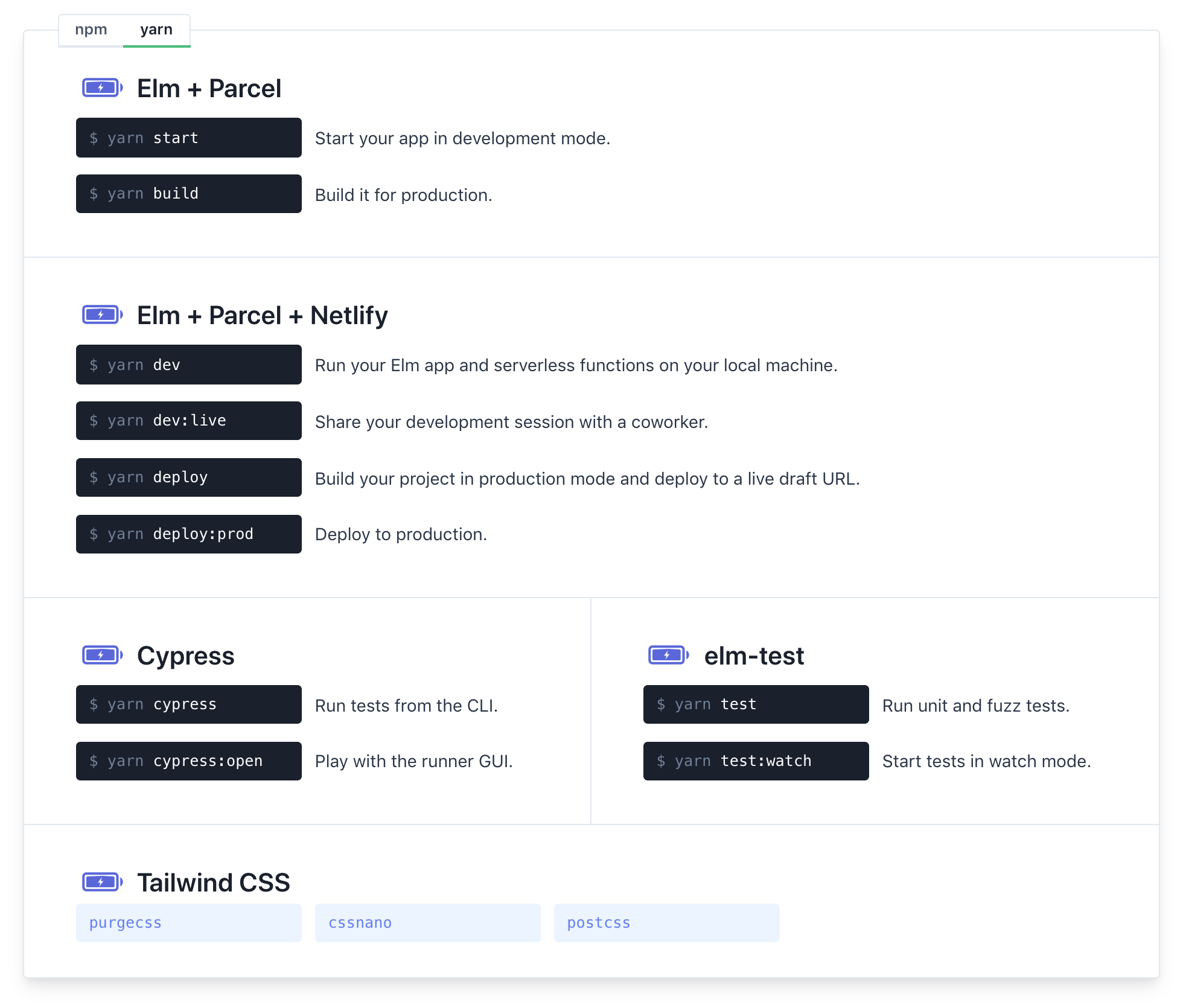 The CLI lets you pick the batteries to include in your app:

From the repository template

Click Use this template to generate a new public or private project from elm-batteries.

💡 In the following documentation, if you use yarn, run yarn <command-name> (instead of npm run <command-name>). Alternatively, you can define short aliases in your terminal to run these commands.

To run serverless functions along your Elm app, run

⚠️ Netlify Dev connects to the 1234 default Parcel port. Make sure this port isn't used by another application.

Read Elm + Parcel to use this project template without Netlify Dev and serverless functions.

To share your development session with a coworker, run:

These tests are in cypress/integration/*. Start your Elm app then launch the Cypress runner app:

If you open one test from the list of spec files (for example demo.spec.js) then you should see your application loaded:

Alternatively, to run Cypress tests from the CLI without the GUI:

The Elm app uses data-* attributes to provide context to the selectors and insulate them from CSS or JS changes. Learn more ›

To learn more about Cypress and play with it, install and start it in a fresh new project folder: it will initialize a cypress folder with several examples.

These tests are in tests/*. To start the runner in watch mode:

Alternatively, run it just once:

Build for production and deploy a preview

💡 If you are using Netlify for the first time, run netlify login to authenticate (learn more about Netlify CLI).

💡 The JS code from Elm is minified with special flags that work for Elm apps because they have no side-effects (otherwise it would be unreliable to use such flags).

If this preview looks good, deploy to production.

✓ deployment to production with Netlify

Tailwind CSS, an utility-first CSS framework, is included along with:

purgecss and cssnano are used on production mode to minify the css. They are ignored on development mode.