This is a sample Amazon Lex web interface. It provides a chatbot UI component that can be integrated in your website. The interface allows a user to interact with a Lex bot directly from a browser using text or voice. 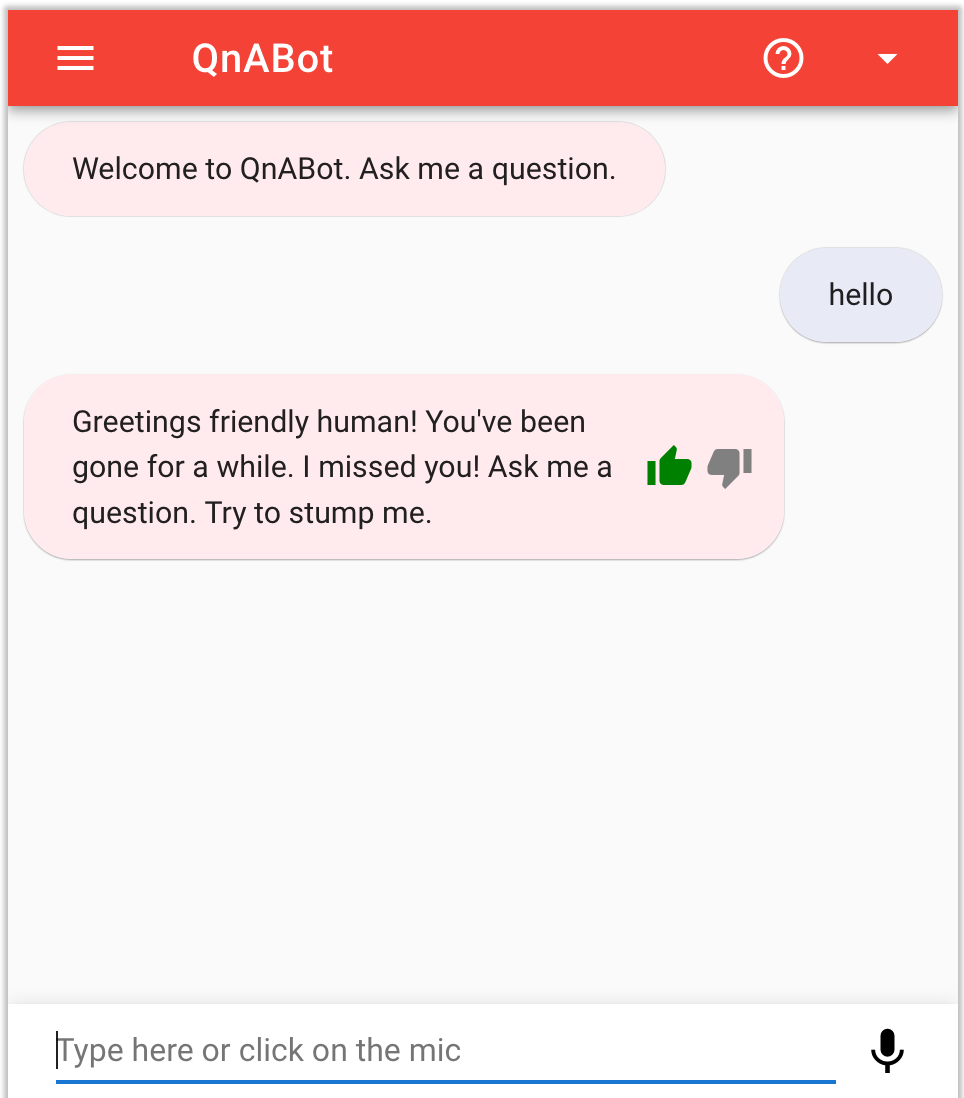 Ways the lex-web-ui chatbot can be deployed

It can be used as a full page chatbot UI:

Or embedded into an existing site as a chatbot widget:

The easiest way to test drive the chatbot UI is to deploy it using the AWS CloudFormation templates provided by this project. Once you have launched the CloudFormation stack, you will get a fully working demo site hosted in your account.

Click a button to launch it in the desired region

Integrating into your Site and Deploying

In addition to the CloudFormation deployment mentioned above, there are other methods to integrate and deploy this project. Here is a summary of the various methods:

See the Usage and Deployment sections below for details.

This project provides a set of JavaScript libraries used to dynamically insert the chatbot UI in a web page. The chatbot UI is loaded and customized by including these libraries in your code and calling their functions with configuration parameters.

The chatbot UI can be displayed either as a full page or embedded in an iframe. In this section, you will find a brief overview of the libraries and configuration parameters. It is useful to get familiar with the concepts described in the Libraries and Configuration sections before jumping to the code examples.

The list below describes the libraries produced by this project. Pre-built versions of the libraries are found under the dist directory of this repository.

The examples below are organized around the following use cases:

To render the chatbot UI as a stand-alone full page, you can use two alternatives: 1) directly use the chatbot UI component library or 2) use the loader library. These libraries (see Libraries) provide pre-built JavaScript and CSS files that are ready to be included directly into an HTML file to display a full page chatbot UI.

The loader library provides the easiest way to display the chatbot UI. The entry point to this library is the lex-web-ui-loader.js script. This script facilitates the process of loading run-time dependencies and configuration.

If you deploy using the CloudFormation or Mobile Hub methods, you will get an S3 bucket with the loader library script and related files in a way that is ready to be used. Alternatively, you can copy the files from the dist directory of this repository to your web server and include the loader.

In its most simple setup, you can use the loader library like this:

Stand-Alone API through the Loader Library

Similar to the iFrame loading technique described later, the FullPageComponentLoader now provides an API allowing a subset of events to be sent to the Lex Web UI Component. These events are ping and postText. See the full page for description of this API.

For more details and other code examples about using the loader script in a full page setup, see the full page section of the loader documentation. You can also see the source of the index.html page used in the demo site.

Directly loading the chatbot UI component works at a lower level than using the loader library as described above. This approach can be used if you want to manually control the rendering, configuration and dependency loading process.

The entry point to the chatbot UI component is the lex-web-ui.js JavaScript file. The UI CSS styles are contained in the lex-web-ui.css file. The component depends on the Vue, Vuex, Vuetify and AWS SDK libraries. You should either host these dependencies on your site or load them from a third-party CDN.

The HTML code below is an illustration of directly loading the chatbot UI library and its dependencies.

NOTE: The versions of the links below may need to be pointed to the latest supported versions.

You can embed the chatbot UI into an existing page using an iframe. This approach provides a self-contained widget that can interact with the parent page hosting the iframe. The lex-web-ui-loader.js loader library provides the functionality to add it as an iframe in a page.

This loader script dynamically creates the iframe tag and supports passing asynchronous configuration using events and JSON files. It also provides an API between the iframe and the parent page which can be used to pass Lex state and other events. These features are detailed in the Iframe Embedding section of the library.

The HTML code below is a basic example of a parent page that adds the chatbot UI as an iframe. In this scenario, the libraries and related files from the dist directory of this repo are hosted in the same directory as the parent page.

Please note that the loaderOptions variable has an iframeSrcPath field which defines the path to the full page chatbot UI. This variable can be pointed to a page like the one described in the stand-alone page section.

For more examples showing how to include the chatbot UI as an iframe, see the source of the parent.html page and the Iframe Embedding documentation of the loader library.

Npm Install and Vue Component Use

You can use the npm package manager to install this project. The npm installation provides a library that you can import as a module into your JavaScript code. The component is built as a reusable Vue plugin. This approach is geared to be used in a webpack based project.

This is a quick example showing how to import the library in your project:

These pages are the same ones that are deployed by the CloudFormation and Mobile Hub deployment methods in this project. They use the lex-web-ui-loader.js loader library to display and configure the chatbot UI. You can run a development version of this sample site on your machine.

This project provides a simple HTTP server to serve the sample site. You can run the server using Node.js on your local machine or a test server.

The chatbot UI requires proper configuration values in the files located under the src/config directory. Modify the values in the lex-web-ui-loader-config.json and/or aws-config.js files under the src/config directory. If you deployed the demo site using Mobile Hub or CloudFormation methods provided by this project, you can copy the automatically generated config files from the S3 buckets to your development host.

As a minimum,you would need to pass an existing Cognito Pool Id and Lex Bot name. For example, set the appropriate values in the src/config/lex-web-ui-loader-config.json file:

Before you run the local development server, you need to install the development dependencies with the command:

To start the HTTP server web on port 8000, issue the command:

If you want to hack the libraries under the src/lex-web-ui-loader directory, the project provides a hot reloadable webpack dev server setup with the following command:

For a more advanced local host development and test environment, see the Dependencies and Build Setup documentation of the chatbot UI component.

The CloudFormation deployment is the preferred method as it allows to automatically build, configure and deploy the application (including an optional CI/CD pipeline) and it provides a higher degree of flexibility when integrating with an existing environment. The Mobile Hub deployment allows to quickly create a demo site with minimal pre-deployment configuration requirements but may need manual post-deployment steps.

The CloudFormation stack creates a web app in an S3 bucket which you can link from your site. The S3 bucket also hosts the configuration, JavaScript and CSS files which can be loaded by your existing web pages. The CloudFormation deployment is documented in the README file under the templates directory.

The Mobile Hub deployment is done by importing the lex-web-ui-mobile-hub.zip file using the Mobile Hub console. When this file is imported by Mobile Hub, it creates a project that hosts the chatbot UI web app in S3 and CloudFront. It also automatically deploys and configures a sample Lex bot based on the Order Flowers bot (you can later change it to import a different bot into the project) and an Amazon Cognito Identity Pool.

To launch with Mobile Hub:

NOTE: If the Mobile Hub deployed site causes the browser to download the files instead of rendering it, you will have to re-sync the files to the S3 bucket using the S3 console or aws cli. See the Add Mobile Hub Hosting and Streaming to Your Mobile App section of the Mobile Hub documentation for details.