See Introducing riw on Medium for background and motivations. 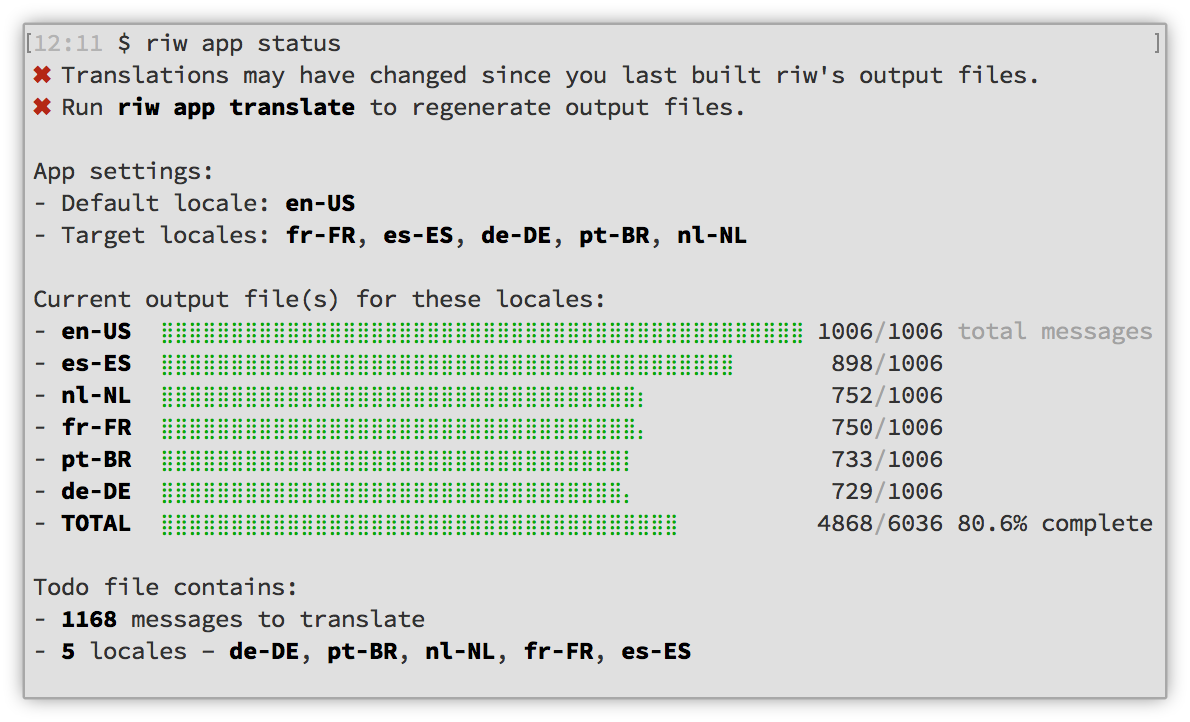 There's an example repository, riw-example, showing a simple internationalised React app set up for use with riw.

The word "riw" seems to be Welsh for slope or hill, and rhymes with the English word drew.

This project is not associated with the react-intl project.

riw assumes you're familiar with react-intl, and that your app already uses a build system of some kind (for example, webpack).

Check everything into source control. There are no temporary files.

Bug reports, feature requests and PRs are gratefully received. Add an issue or submit a PR.

Please note that this project is released with a Contributor Code of Conduct. By participating in this project you agree to abide by its terms.