Koalab is a board for brainstorming, Scrum or managing your family chores.

It's powered by nginx, nodejs, mongodb, grunt, backbone and html5. It takes profit of the most advanced features of html5, thus you should only use it with a modern browser like Mozilla Firefox or Google Chrome. 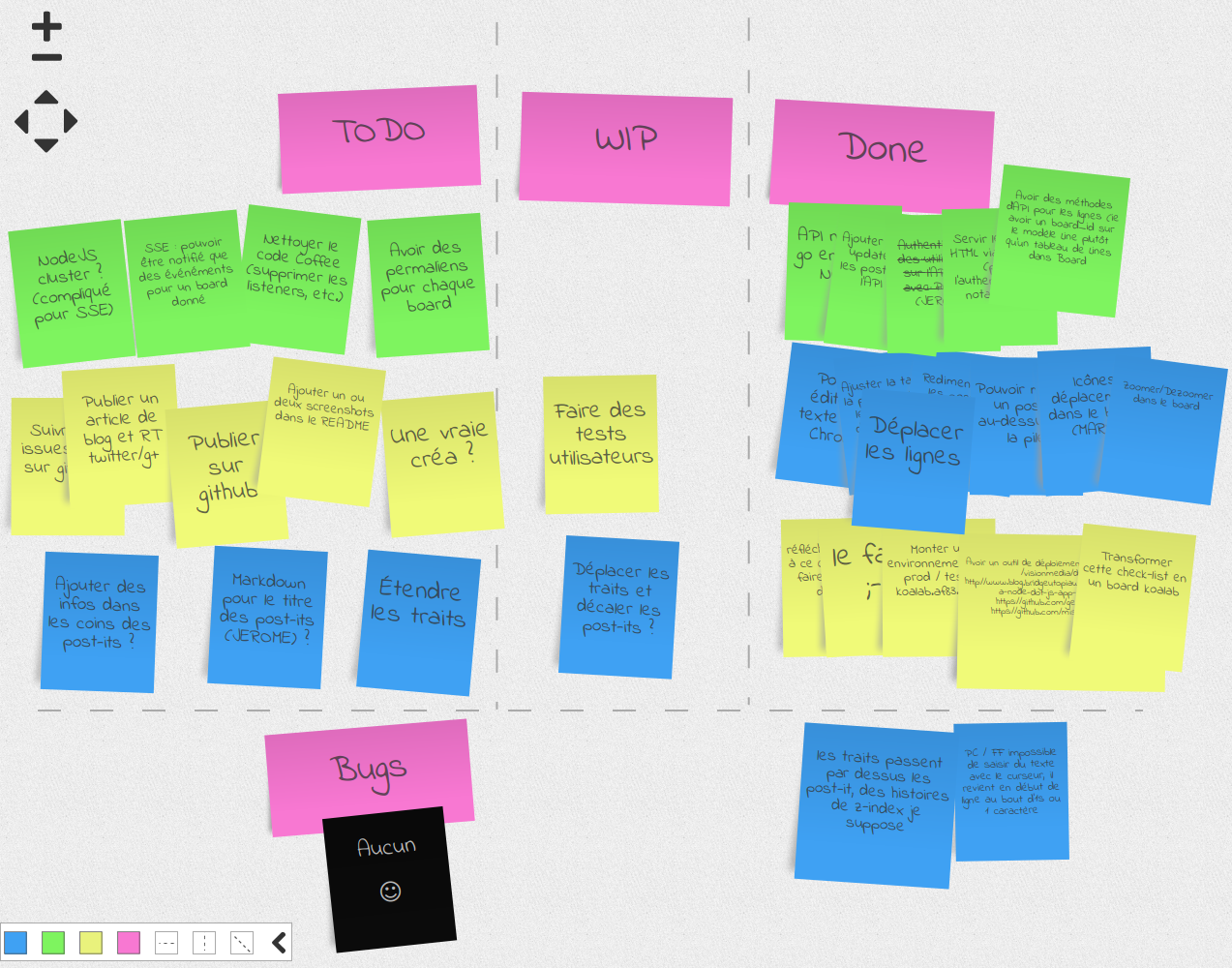 And our killer features are:

How to run it in local?

In production, we are using:

for mongolab or for mongohq

Plato can be used to generate two reports on the JavaScript Code Analysis (back and front):

The logo is the copyright of Charlotte Schimdt and can be distributed and used for personal purpose.

Released under the MIT license