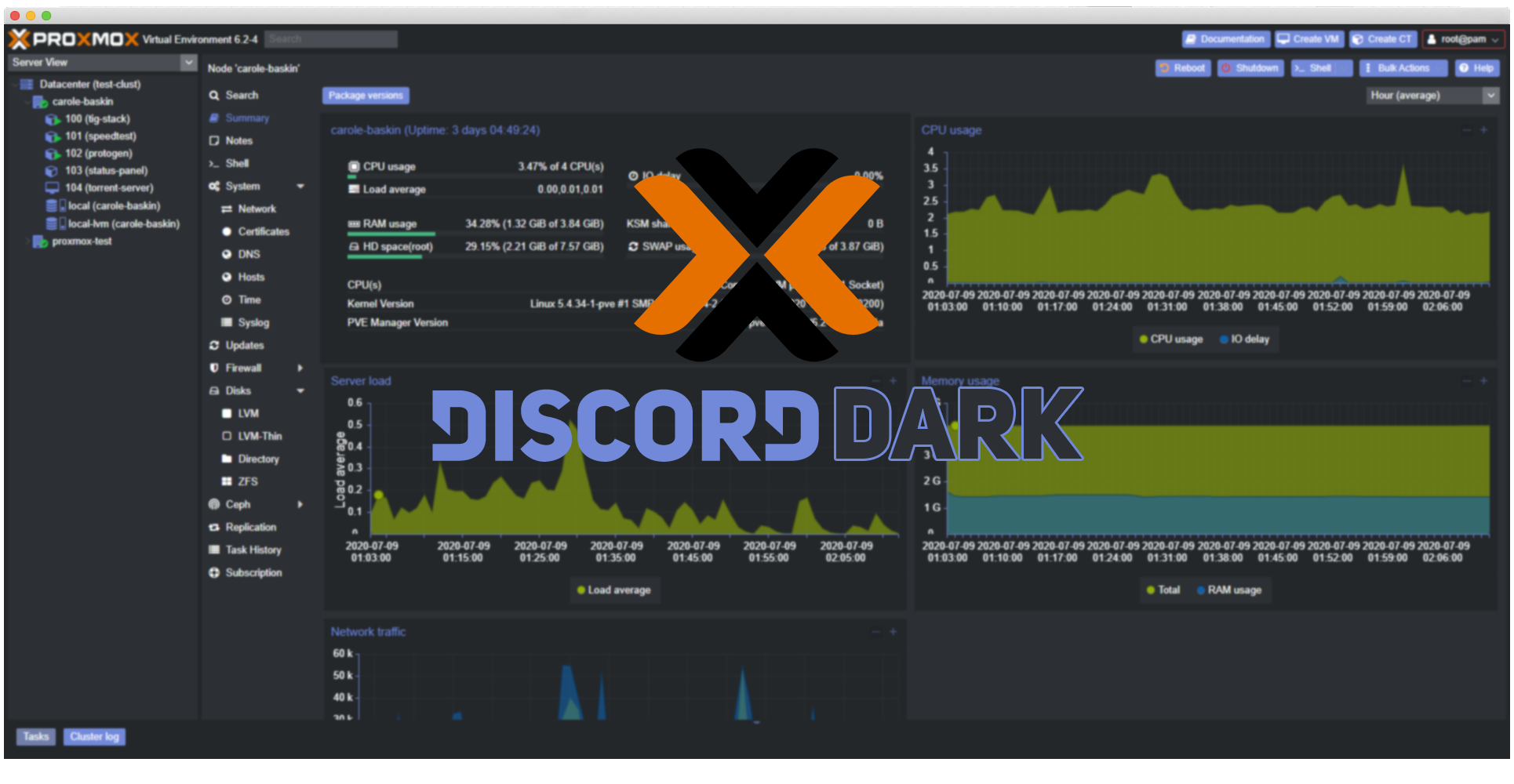 A dark theme for the Proxmox Web UI,
inspired by Discord's color scheme.

Everything is dark, including the graphs, context menus and all in between! Eyes need not be fried.

The theme now runs its own JavaScript code which patches the colors for certain components (and charts). This approach is much better, and safer than what was used previously.

The installation is done via the CLI utility. Run the following commands on the PVE node serving the Web UI:

To uninstall the theme, simply run the utility with the uninstall command.

The new installer relies on the /meta/supported and /meta/imagelist files being present in the repository. It also includes a silent mode. Run bash PVEDiscordDark.sh -h for usage instructions.

Furthermore, you will be able to provide the environment variables REPO and TAG to specify from what repository and from what commit tag to install the theme from.
REPO is in format Username/Repository and defaults to Weilbyte/PVEDiscordDark (this repository).
TAG defaults to master, but it is strongly recommended to use the SHA-1 commit hash for security.

Thanks to jonasled for helping out with the old version, and thanks to SmallEngineMechanic for catching bugs for the rewrite!

Awoo'ing on this repo is encouraged.