This project is a web crawler and search engine for datasets, specifically meant for data augmentation tasks in machine learning. It is able to find datasets in different repositories and index them for later retrieval.

It is divided in multiple components: 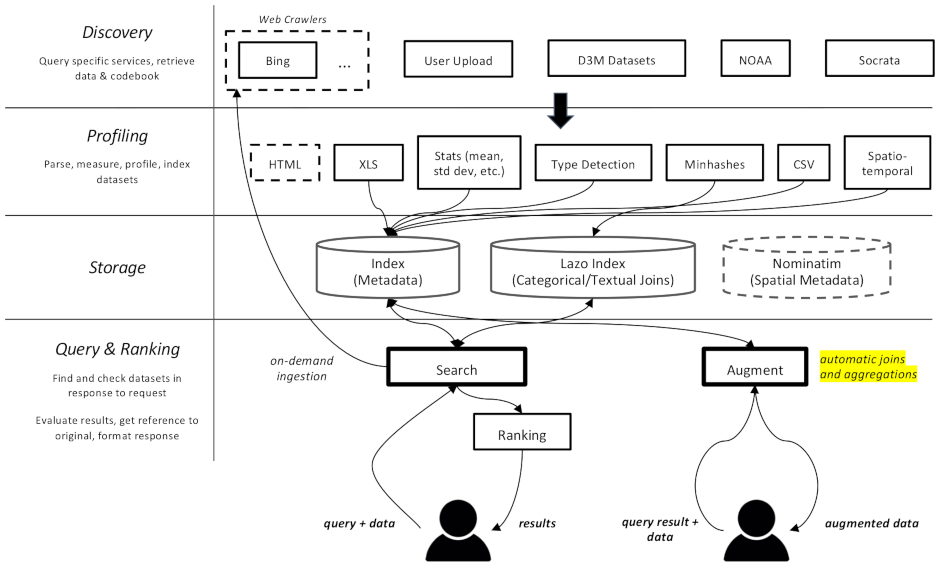 Elasticsearch is used as the search index, storing one document per known dataset.

The services exchange messages through RabbitMQ, allowing us to have complex messaging patterns with queueing and retrying semantics, and complex patterns such as the on-demand querying. 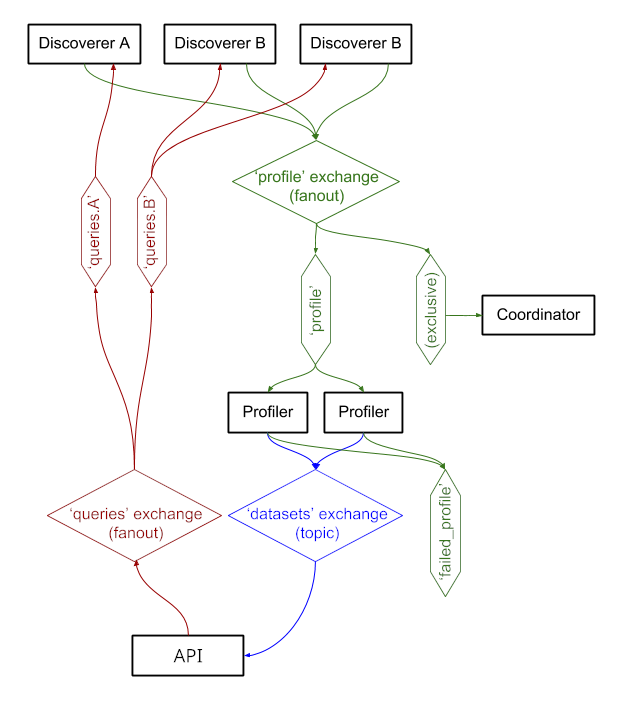 To deploy the system locally using docker-compose, follow those step:

Copy env.default to .env and update the variables there. You might want to update the password for a production deployment.

Make sure your node is set up for running Elasticsearch. You will probably have to raise the mmap limit.

The API_URL is the URL at which the apiserver containers will be visible to clients. In a production deployment, this is probably a public-facing HTTPS URL. It can be the same URL that the "coordinator" component will be served at if using a reverse proxy (see nginx.conf).

To run scripts locally, you can load the environment variables into your shell by running: . scripts/load_env.sh (that's dot space scripts...)

Run scripts/setup.sh to initialize the data volumes. This will set the correct permissions on the volumes/ subdirectories.

Should you ever want to start from scratch, you can delete volumes/ but make sure to run scripts/setup.sh again afterwards to set permissions.

Start the base containers

These will take a few seconds to get up and running. Then you can start the other components:

You can use the --scale option to start more profiler or apiserver containers, for example:

Import a snapshot of our index (optional)

Prometheus is configured to automatically find the containers (see prometheus.yml)

A custom RabbitMQ image is used, with added plugins (management and prometheus).