polydev is the Polymer DevTools Extension - a tool to help develop Polymer and custom elements. Currently it's focused on performance tracking of web components.

How to read the results 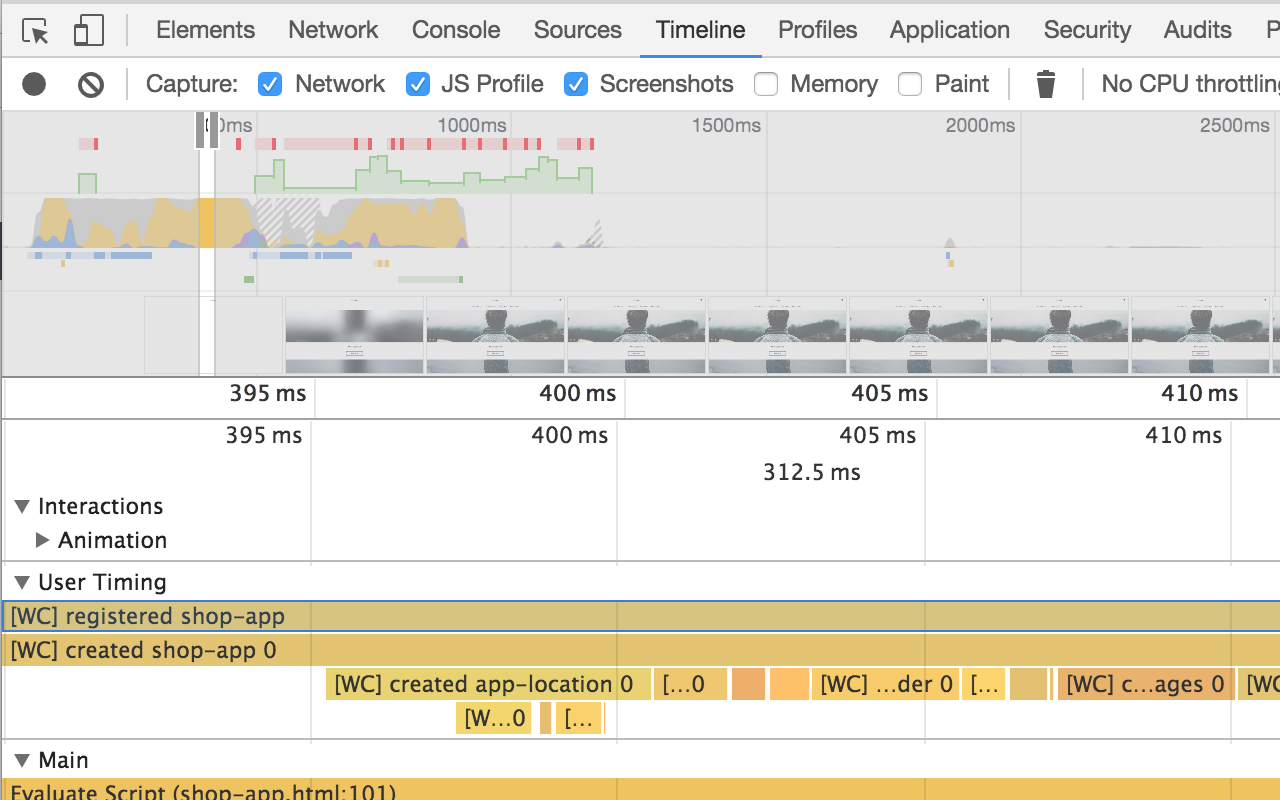 Each web component lifecycle callback will be annotated as a span in the timeline called a measure, representing the time that it took. If a measure is below another measure, the lower callback took place during the higher callback.

Each measure that polydev produces has a unique name like [WC] created paper-icon-button 5. The format is [WC] callbackName tagName id. The id numbers are on a per instance and per tag basis and count up from zero.

polydev exposes a method on the host page called _getElementMeasures. It returns an array of ElementMeasure objects, which obey the following interface:

polydev must be built before running. The build step externalizes inline scripts for CSP compliance, and copies some dependencies into convenient locations.

The built project is available at build/polydev.

When changing files in src/ the dev workflow should work cover most use cases.

Depending on the change you can either then close and reopen the devtools, or if you've made a change to the content-script or to element-zones, you must reload both the extension and any page you're testing it on.