A portable, scalable web based code editor to integrate into your code learning experiences.

The goal is to make deploying your own web based code editor easier and more fun.

The following snippet will initialize your swarm, Time2Code, FaaS and Time2code functions.

You will need to have minikube installed before you begin.

Type the following snippets will get minikube started and faas-netes loaded into the kube cluster.

Then run the following bash script to load FaaS and Time2Code...

Once the script is complete it will provide you with the url, like this http://192.168.99.100:31114/, to reach the Time2Code web editor. BEFORE you start using it, you will need to deploy the code execution functions after the FaaS services have started. It might take a minute or two for all of the necessary Kube pods to be Running. Keep checking the pods with kubectl get pods.

To deploy the functions use the following command in your terminal.

Once the kube pods for the code execution are running you can get to coding :)! 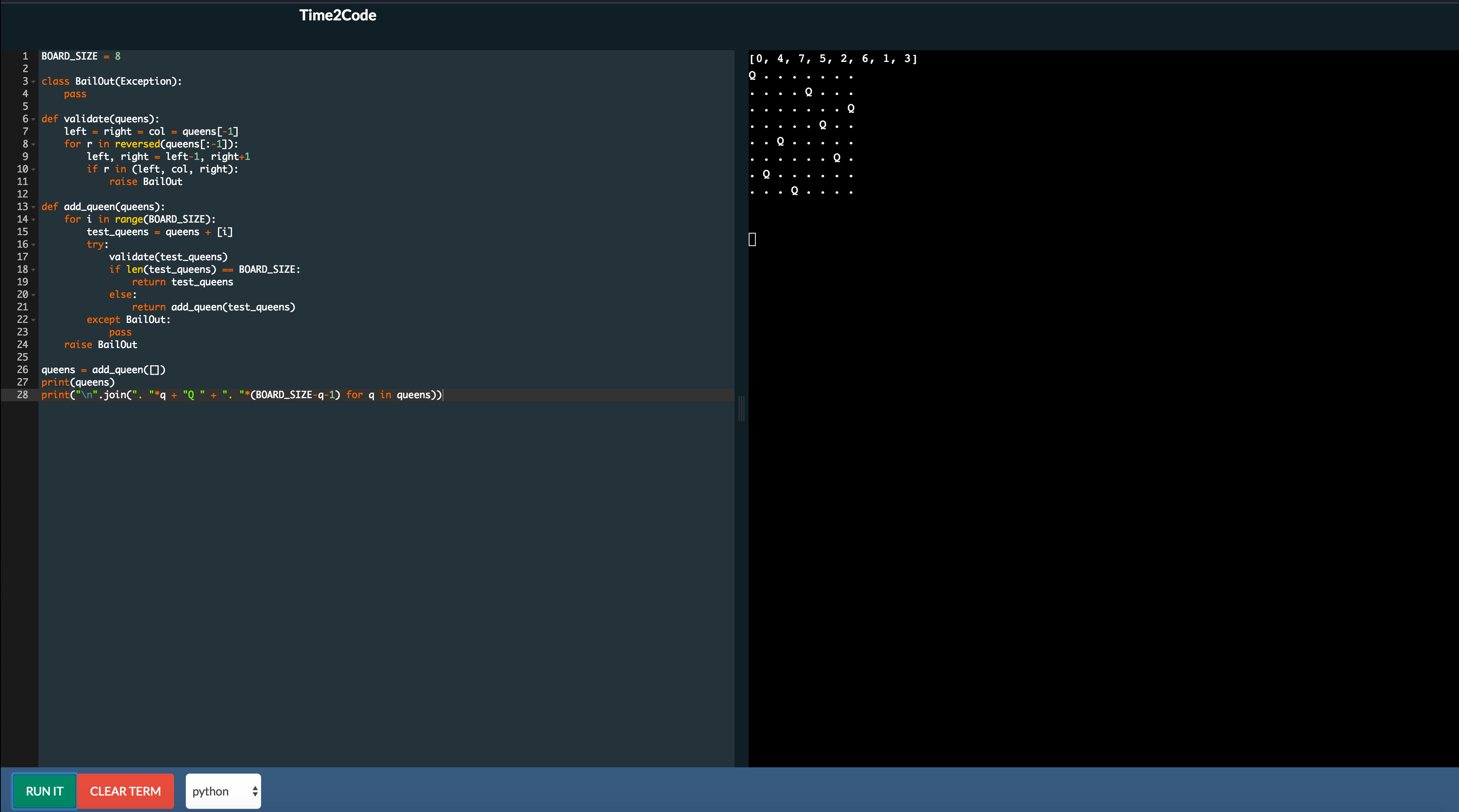 Time2Code: Functions as Service and Code as a Function

Time2Code is written mostly in HTML and Javascript on the FrontEnd, Python and Flask to handle the WebIDE pages, and Python on the backend to handle code language execution on the OpenFaaS framework. This project is MIT licensed - contributions are welcomed whether that means providing feedback, testing existing and new features or hacking on the source. This project is still in early stages so I need people to generally try functionality and provide feedback. I need help building new code execution handlers for different languages or suggestions for languages to add. I also need help reducing the image sizes for the Microsoft languages handlers (Powershell and C#).