Web frontend which allows users to simultaneously run several of Google's performance tools (Lighthouse, PageSpeed Insights, Webpage Test) against a URL, all at once. Puppeteer is used to take screenshots of the results from each tool and create an aggregated PDF of all results. 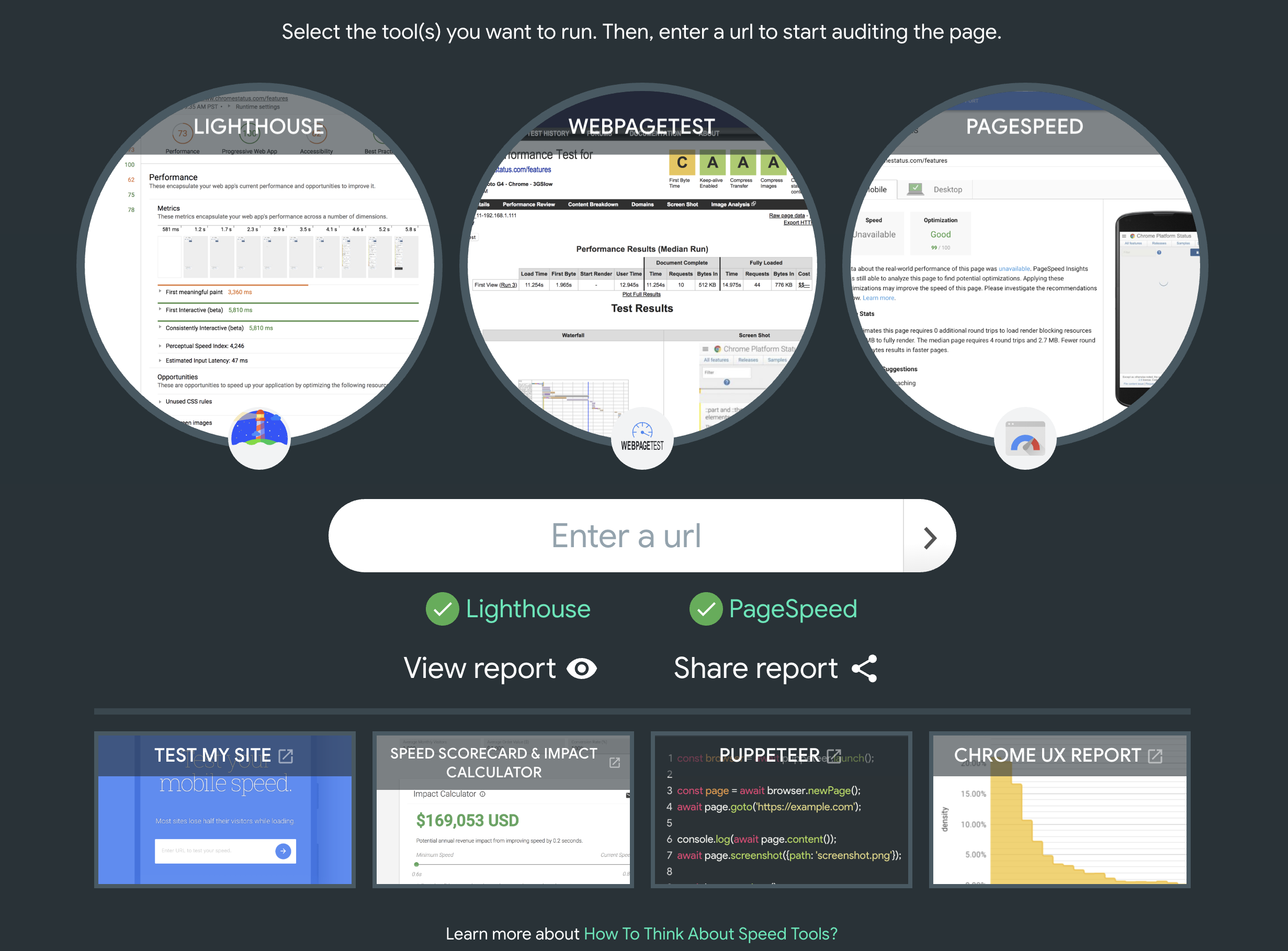 Start the server with npm start.

The frontend (http://localhost:8080) UI displays a list of tools for the user to select.

When "Enter" is hit, this fires off a request o the /run handler. That handler takes a url and tools param. The latter is a "," separated list of tools to run. One of LH, PSI, WPT.

Note: every run of the tool logs the URL that was audited and tools to that were run to runs.txt.

Run Lighthouse and PSI against https://example.com:

Check the repo and run npm i. You'll need Node 8+ support for ES modules to work.

Start the server in the project root: