Want to build your own custom Raspbian SD card image? Like enabling ssh, modifying /boot/config.txt, doing an apt update, enabling VNC, or installing something?
Have a pile of sd cards and curious what's on them? (and don't want to boot them, one at a time, in a Pi?)
Want to run two versions of Raspbian at once?
Or, how about running Raspbian Stretch on a Pi 4?

No other tool can do any of these:

Want to give it a spin? Great!

Run this command in a terminal in the desktop session, not from the console:

This clones the repository to /home/pi/Pi-Power-Tools, adds a menu button, clones my vdesktop repo, and asks permission before installing YAD. Nothing is modified outside of your home directory.

After installing, Pi Power Tools can be launched from the Menu: 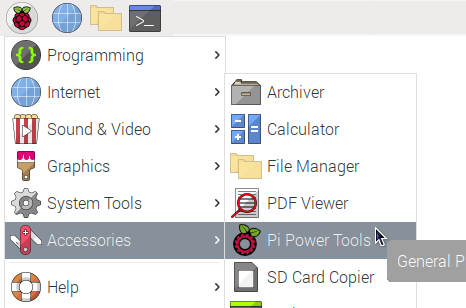 If it's not working for you, please open an issue. 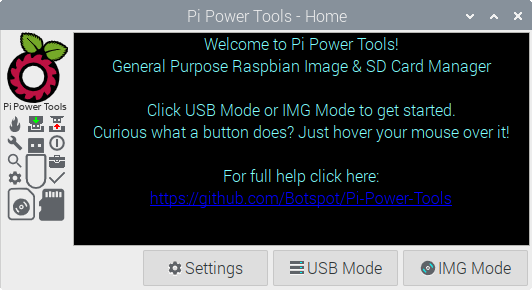 The menu button opens this window by default. Enter IMG Mode or USB Mode from here. The Update button will appear if an update is available. 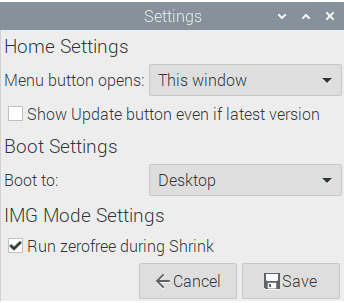 Currently, you can change what the menu button opens by default - (Flash, IMG Mode, USB Mode, and Home), if the Boot Button launches the Desktop, whether or not to run zerofree when the Shrink Button is clicked, and how much free space to add when the 'X GB free' button is clicked.

Before you can see that above page, you first have to select an img.

4 ways to select a Raspbian Image:

After a disk image has been selected, this main page appears:

Select a drive in the list, then click an action button on the bottom.
Your Pi's internal SD Card (/dev/mmcblk0) cannot be flashed or booted.
Buttons:

Select an input disk image and an output usb drive. The filesystem root device (/dev/mmcblk0) cannot be flashed and so is not listed.
In addition to any previously used img and zip files, there are three download options:

The first mode is much faster than the second one. Breakdown of the pros and cons: | Faster mode | Slower mode| |--|--| |For Pies that don't have sufficient free space to hold a large disk image|You keep the downloaded image for later.| |Better for a single flash|Better for flashing multiple SD cards

Explanations for some buttons:

With this handy button, you can "test drive" your img/usb without needing to power down, switch sd cards, etc. Any changes made inside (apt install, change preferences, etc) will be preserved in the img/usb.

Instead of a Virtual Machine, this technique runs at 100% native speed (no emulation), because the guest runs the same kernel as the host device. Therefore, only booting Raspbian is supported, as other OSes require other kernels.
That means this method will still work just fine, even if the whole boot partition is corrupted!

First, the VM's Console will appear and display the boot text. After the boot process has completed, and if "Boot to Desktop" is enabled in Settings, a window similar to VNC will open and display the desktop.

It is a known issue that the browser crashes with the Aw, Snap! error. 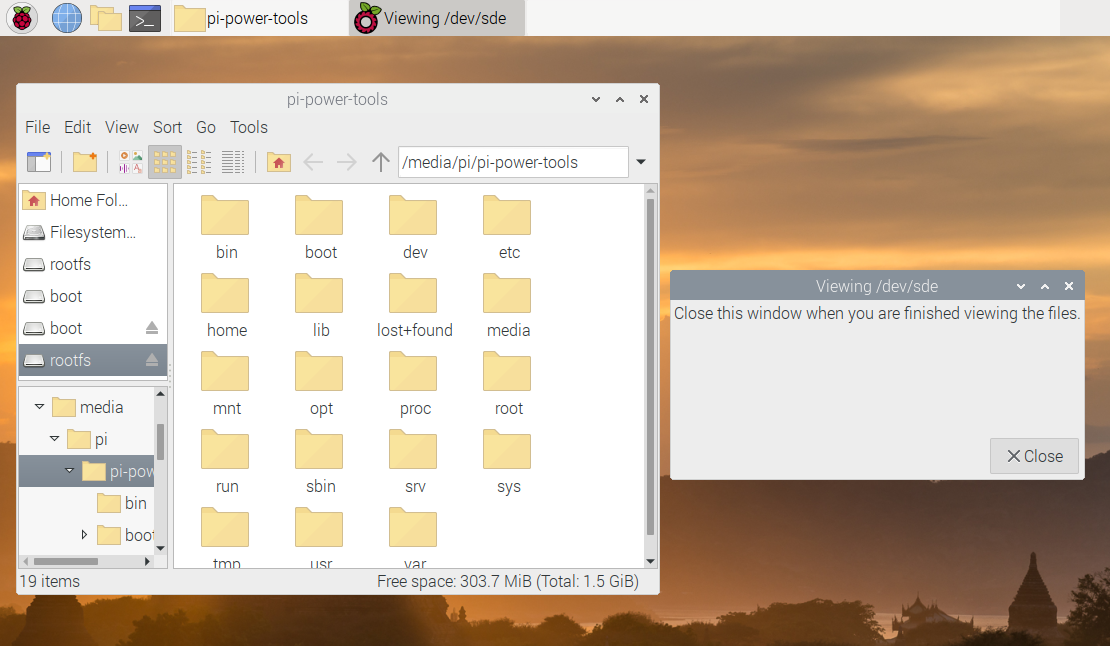 When you close the Viewing /dev/sdX dialog window, the selected device will be unmounted (ejected).

Lets you edit the partitions of the selected device using gparted. 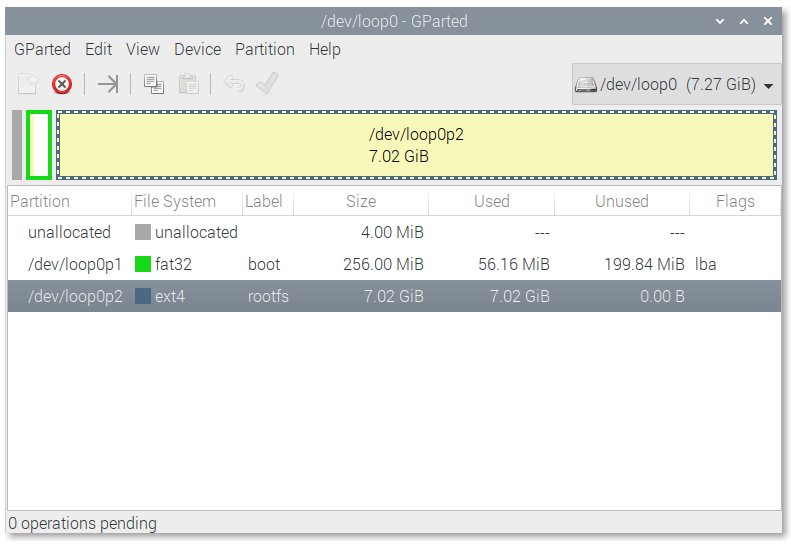 Fine-tune control over loop devices and mountpoints for disk images.
If there are multiple loop devices associated with it, you will be prompted to select one and delete the others.
Which one to delete? Usually you want to keep the top one on the list. (in this example, that's /dev/loop0) 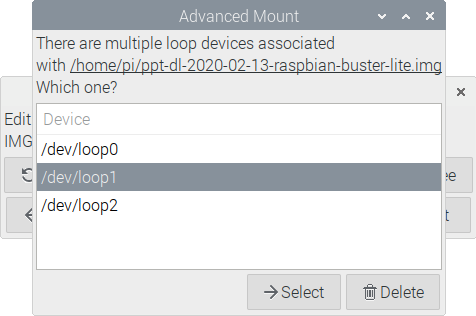 Now you can mount each partition where you want to:

When you're finished, be sure to click Delete to detach the loop device.

Pro tip: There are many comments in the shell scripts. Not only does this assist debugging, it also makes most of it self-explanatory.

Pi-Power-Tools/ - This is the main folder that stores everything.

During an update, the old folder is renamed to Pi-Power-Tools.old/

It's a combination of BB-8, the RPi logo, and a saw blade. Also I think it looks a bit like like a pineapple, which is my favorite fruit.

I while back, I wanted to download Raspbian, uninstall all programming tools from it, do an apt update & upgrade, add a chrome extension to the browser, then flash it to a SD card. It took several days to fumble around with terminal commands. The action was so simple, but the process so hard that I realized a tool to do it was sorely needed.

Several months. But it saved me enough time to be worth it. And I had a blast programming it all.