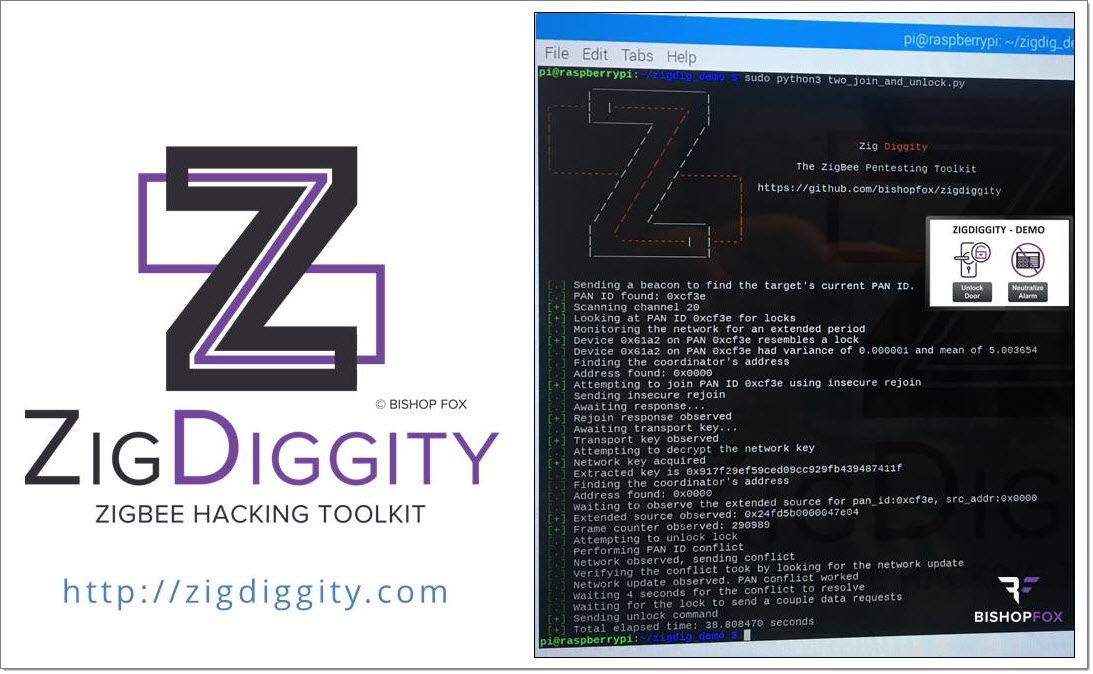 ZigDiggity version 2 is a major overhaul of the original package and aims to enable cybersecurity professionals, auditors, and developers to run complex interactions with ZigBee networks using a single device. 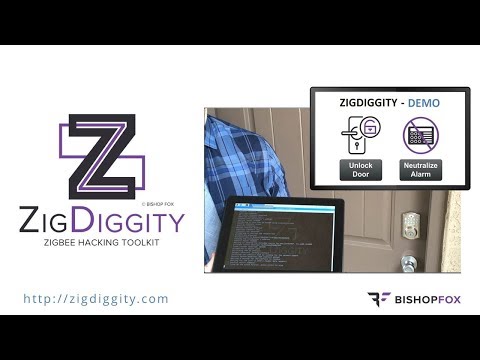 Do you feel safe in your home with the security system armed? You may reconsider after watching a demo of our new hacking toolkit, ZigDiggity, where we target door & window sensors using an "ACK Attack". ZigDiggity will emerge as the weapon of choice for testing Zigbee-enabled systems, replacing all previous efforts.

Zigbee continues to grow in popularity as a method for providing simple wireless communication between devices (i.e. low power/traffic, short distance), & can be found in a variety of consumer products that range from smart home automation to healthcare. Security concerns introduced by these systems are just as diverse and plentiful, underscoring a need for quality assessment tools.

Unfortunately, existing Zigbee hacking solutions have fallen into disrepair, having barely been maintained, let alone improved upon. Left without a practical way to evaluate the security of Zigbee networks, we've created ZigDiggity, a new open-source pentest arsenal from Bishop Fox.

Our DEMO-rich presentation showcases ZigDiggity's attack capabilities by pitting it against common Internet of Things (IoT) products that use Zigbee. Come experience the future of Zigbee hacking, in a talk that the New York Times will be hailing as "a veritable triumph of the human spirit." ... ya know, probably

Currently scripts are available in the root of the repository, they can all be run using Python3:

When running with wireshark, root privileges may be required.

The patterns used by ZigDiggity version 2 are designed to be as reliable as possible. The tool is still in fairly early stages of development, so expect to see improvements over time.