In short, this stack makes it really simple to get reactive updates in Vue from a Feathers.js server, through Vuex.

Its a beautiful combination of full-stack tech.

How to get started

npm run serve or vue ui if you have vue-cli 3 or later.

Navigate to the url displayed (default localhost:8080) to view in your browser: 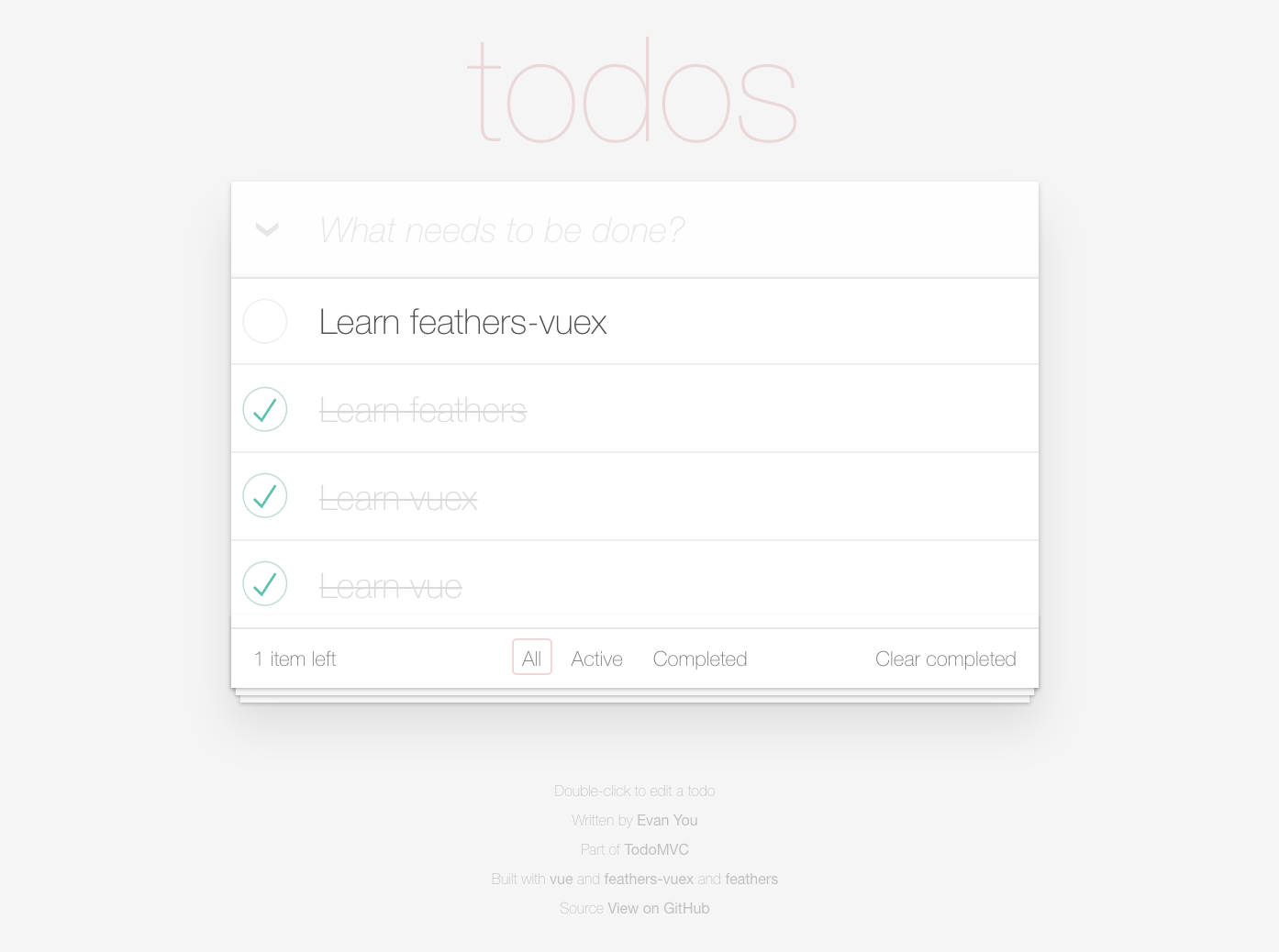 Still to do - contributions welcome!

I built this because there seemed to be a need for examples containing actual implementation of Feathers with Vue and Feathers-vuex.

CRUD operations in the UI

The Models and Instances API is used to create/remove/edit todos, and there is also an example implementation that illustrates receiving events from the server on the client.

This is then loaded by the store: ./client/src/store/index.js

The todos service is seeded with some initial data, in ./server/src/services/todos/todos.service.js