Only prerequisite is docker

If you don't have docker installed, you can also run on http://play-with-docker.com (just click "+ ADD NEW INSTANCE" button and clone this repo there) 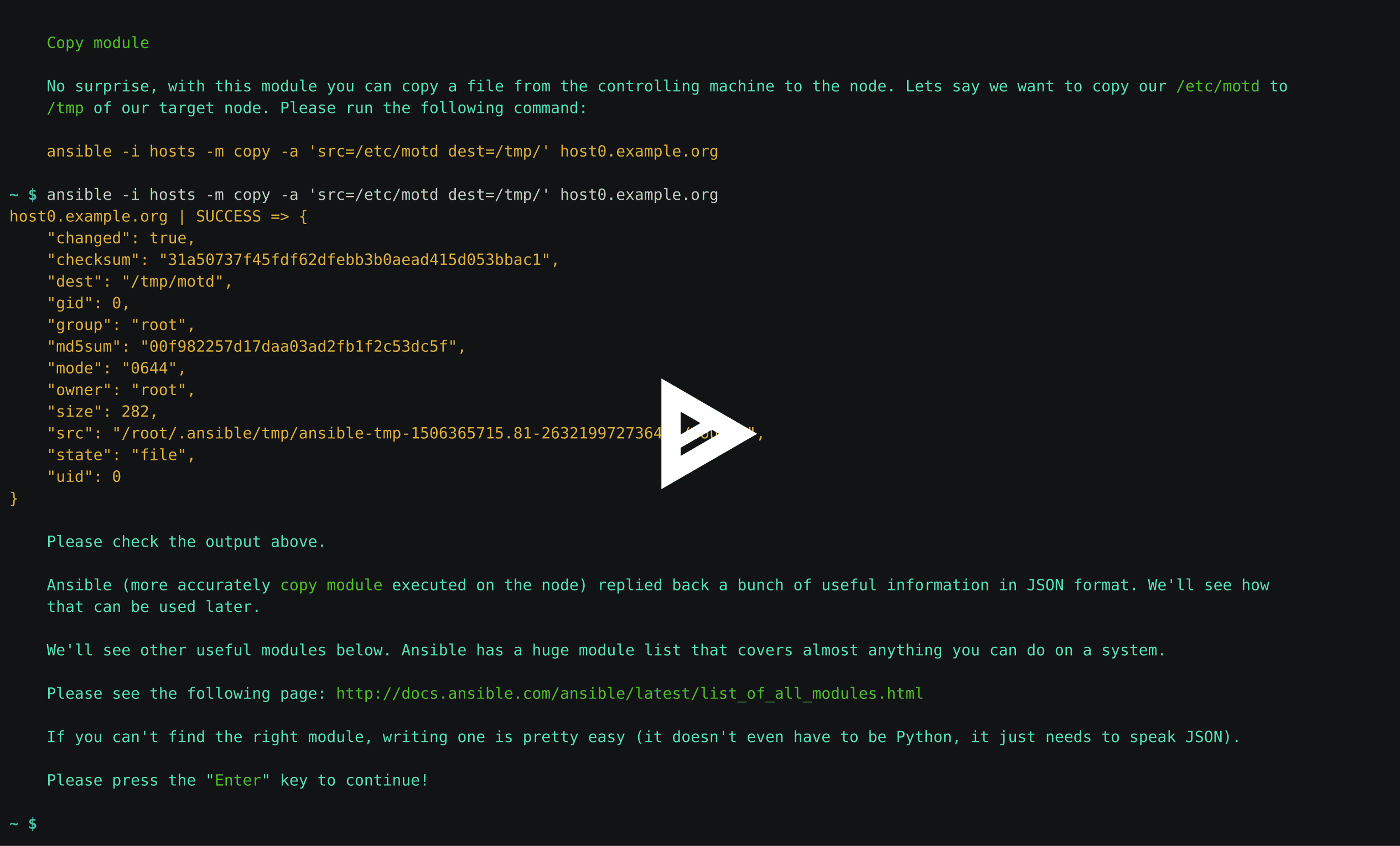 Almost all of the tutorials are adapted from the great leucos/ansible-tuto repository:

You can run each lesson individually but it is highly encouraged to follow the order as most of them are built on top of the previous one!

tutorial.sh starts 4 docker containers behind the scenes. 1 for running the tutorial itself and 3 as ansible nodes which behave exactly same as (virtual or physical) machines throughout the tutorial.

ansible.tutorial is an alpine based tutorial container in which ansible and nutsh (a framework for creating interactive command line tutorials) are available.

host0.example.org, host1.example.org and host2.example.org are the Ubuntu 16.04 based containers that act as ansible nodes. These nodes were already provisioned with the ssh key of ansible.tutorial container. So that you don't have to deal with setting up keys.

There are some checkpoints in the tutorials where you can check and verify your deployments. For this purpose some ports of the containers are exposed as host ports as follows:

HOSTPORT_BASE is set to 42726 by default and can be changed while starting the tutorial (in case any of the consecutive 6 ports is not available) as follows: