LOWTRAN7 atmospheric absorption extinction model. Updated by Michael Hirsch to be platform independent and easily accessible from Python ≥ 3.6 and Matlab.

The main LOWTRAN program has been made accessible from Python by using direct memory transfers instead of the cumbersome and error-prone process of writing/reading text files. xarray.Dataset high-performance, simple N-D array data is passed out, with appropriate metadata.

See below for how to make these examples. 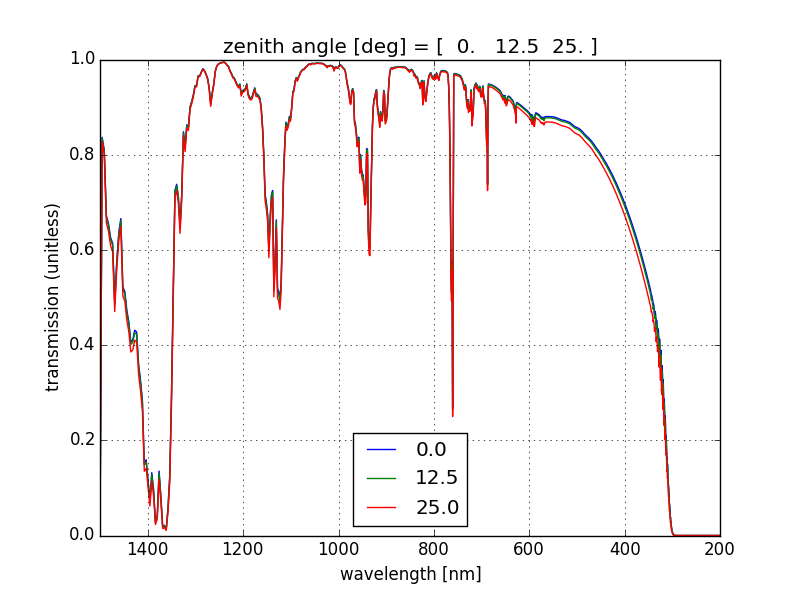 You will need a Fortran compiler. gfortran is one suitable compiler. We use f2py (part of numpy) to seamlessly use Fortran libraries from Python by special compilation of the Fortran library with auto-generated shim code.

In these examples, you can write to HDF5 with the -o option.

We present examples of:

Matlab users can seamlessly access Python modules, as demonstrated in RunLowtran.m and lowtran_transmission.m.

LOWTRAN7 User manual Refer to this to understand what parameters are set to default. Currently I don't have any aerosols enabled for example, though it's possible to add them into the code.