Geekpwn CAAD (Competition on Adversarial Attacks and Defenses) 2018, is a competition that inherits the format of NIPS CAAD 2017, plus some new challenges. In October 2018, me and Cihang Xie were invited to Geekpwn CAAD CTF, a live competition with different types of adversarial attacks and defenses.

This repo contains code and several results of such attacks.

During the competition, we successfully attacked AWS to recognize Chang-Jian Jiang as Schwarzenegger: 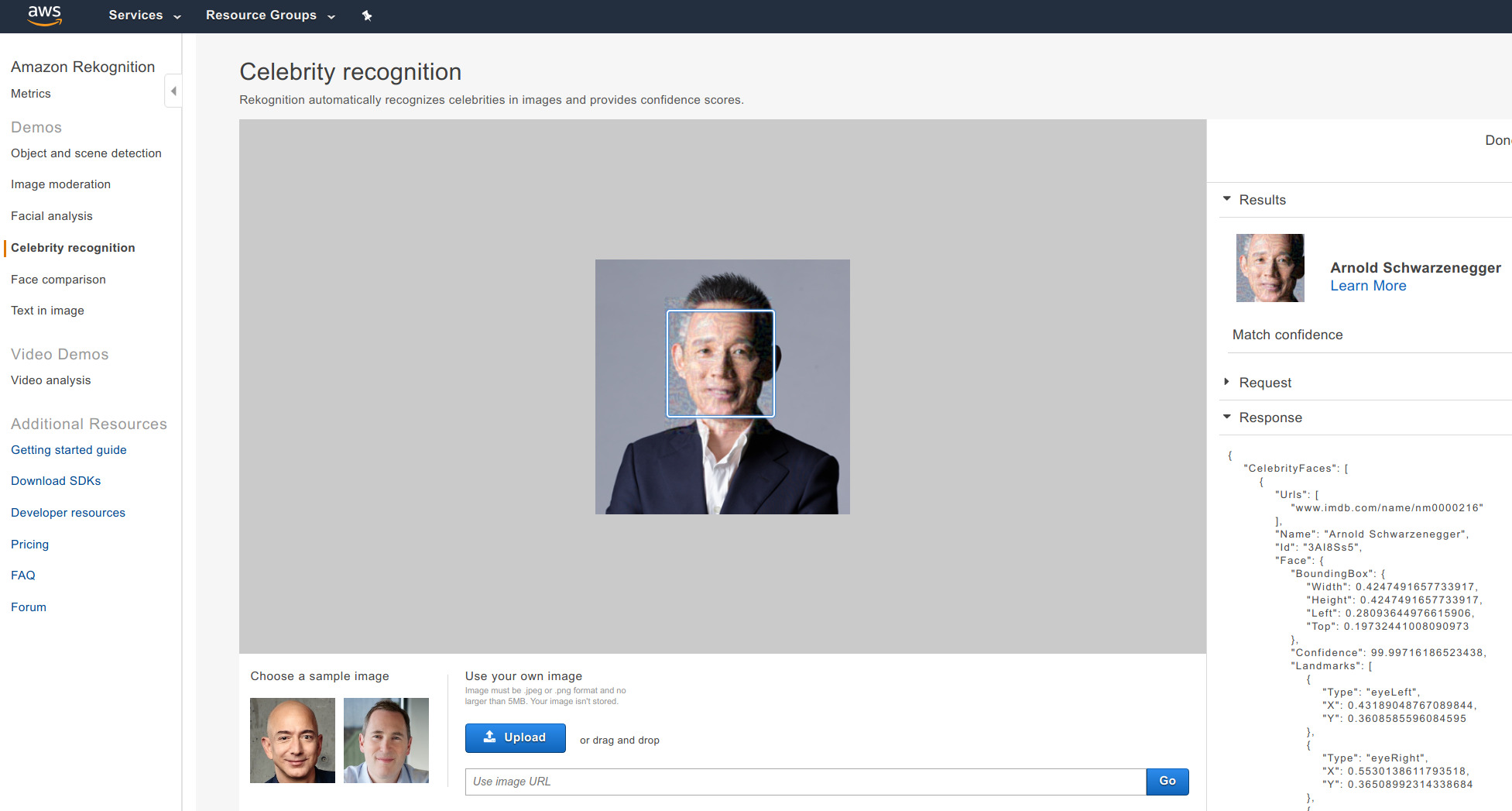 The following one is slightly harder (lower success rate with varying random seeds), probably because: (1) both source and target are American celebrities. (2) different gender

Apparently, Azure Vision API and Clarifai Celebrity Recognition can be fooled as well: 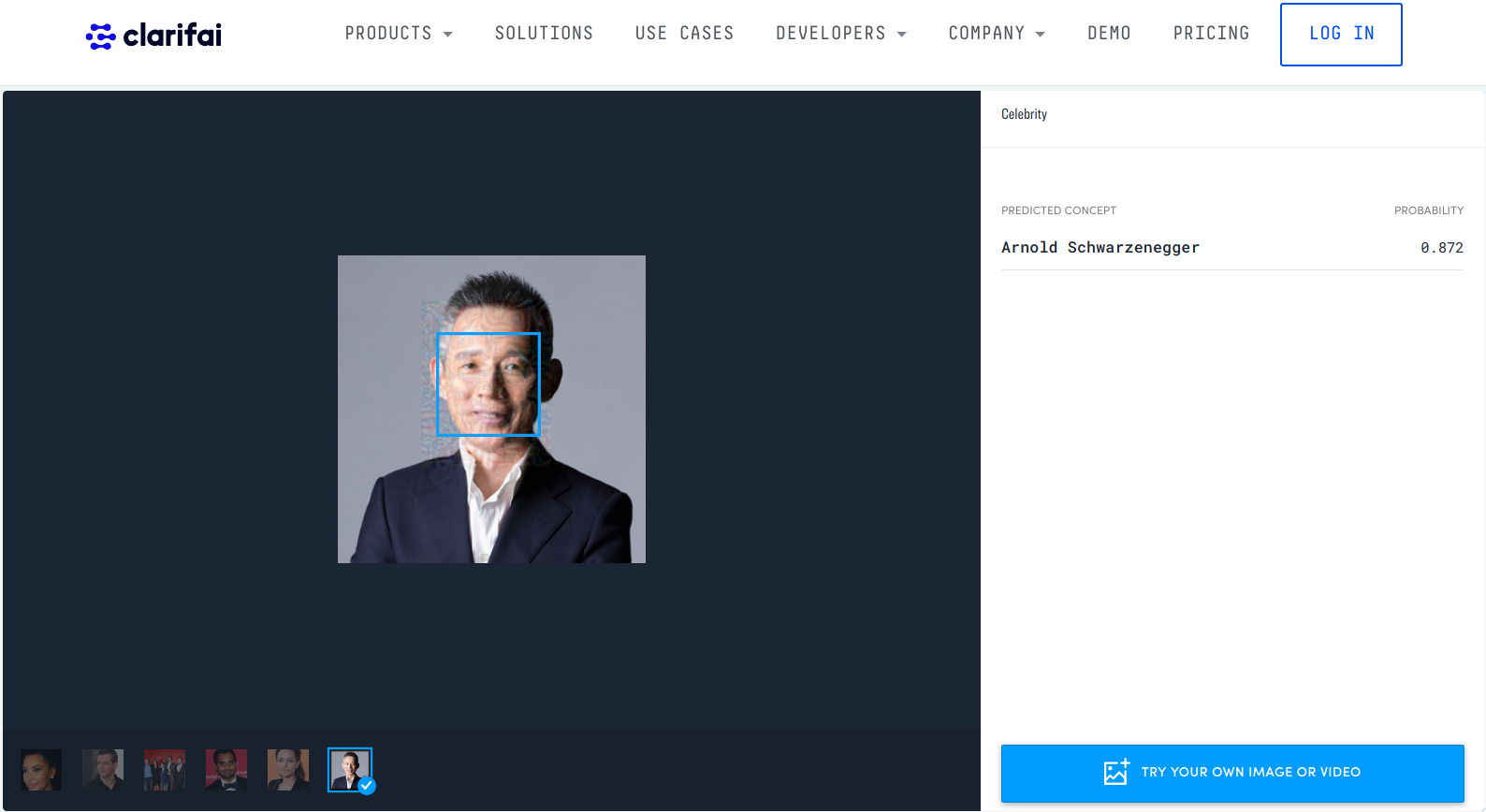 Original and adversarial versions of the above images can be found at images/. You can download them and try on the public APIs.

Preparation to Use the Code

It should print a high accuracy on LFW, like:

--target has to be a person which has many images (the more the better) in the LFW dataset. Such person can be found by:

You can add new celebrities as victims in the LFW directory, or add additional images for existing celebrities in LFW. After adding new images, you'll need to repeat step 4 in facenet wiki, to crop and align the images you add.

Note that the attack contains randomness: you'll not get the same output every time.