What is MD LSTM?

Basically a LSTM that is multidirectional, for example, that can operate on a 2D grid. Here's a figure describing the way it works: 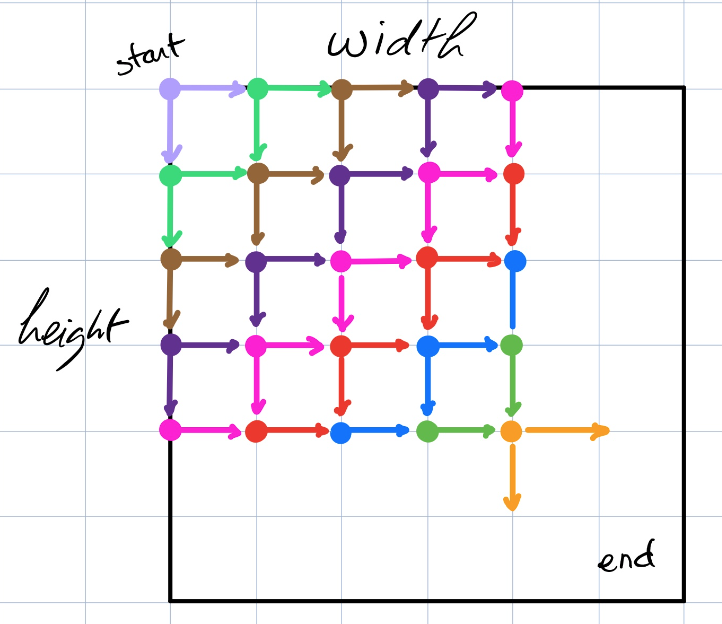 How to get started?

The random diagonal task consists in initializing a matrix with values very close to 0 except two which are set to 1. Those two values are on a straight line parallel to the diagonal of the matrix. The idea is to predict where those two values are. Here are some examples:

A model performing on this task is considered as successful if it can correctly predict the second x (it's impossible to predict the first x).

After training on this task for 8x8 matrices, the losses look like this: 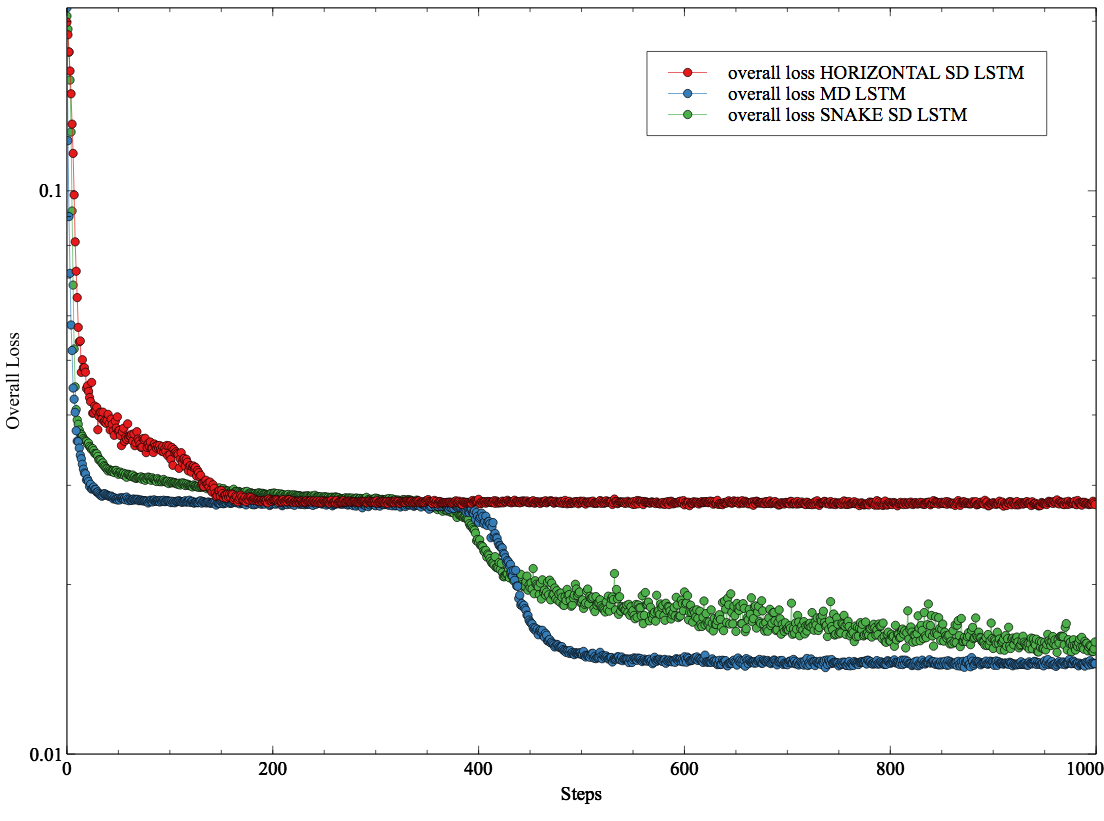 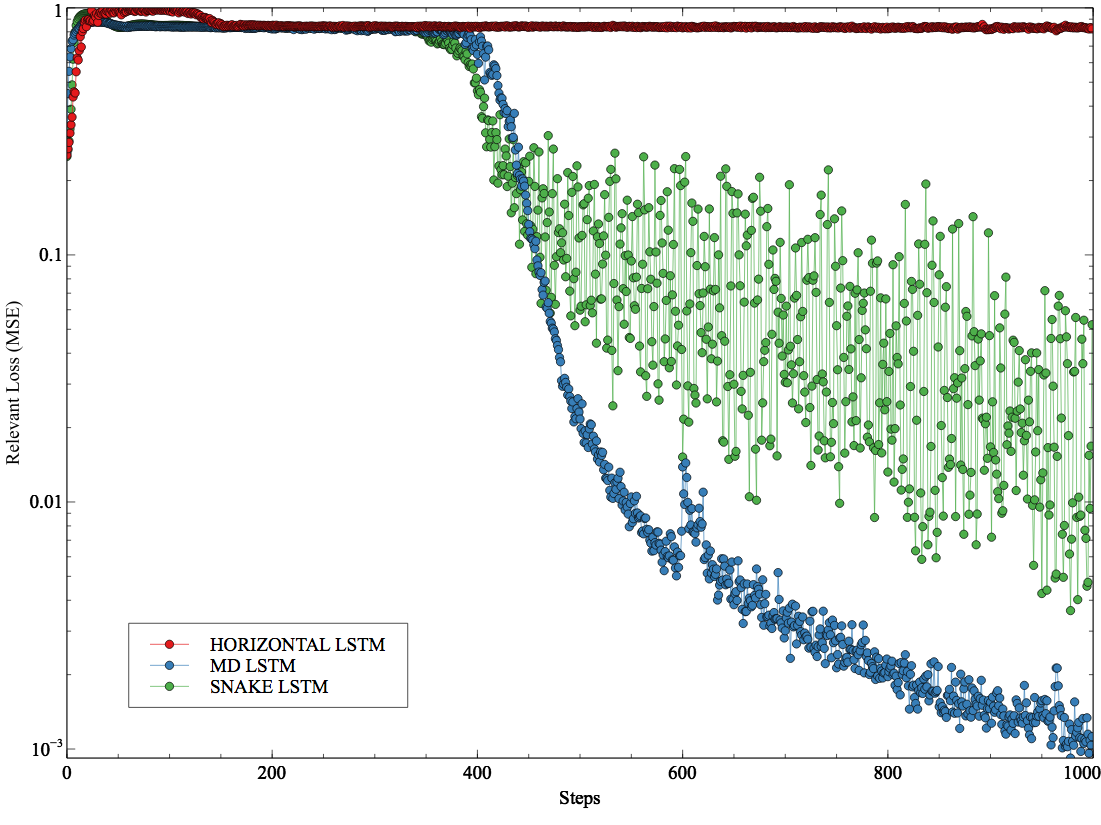 No surprise that MD LSTM performs the best here. It has direct connections between the grid cell that contains the first x and the second x (2 connections). The snake LSTM has width+1 = 9 steps between the two x. As expected, the vertical LSTM does not learn anything apart from outputting values very close to 0. 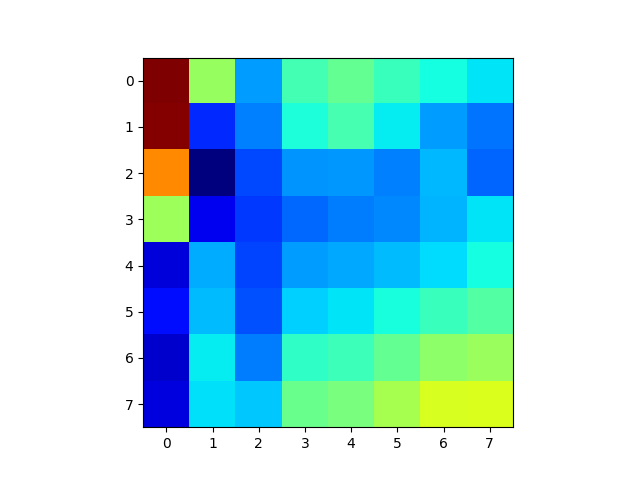 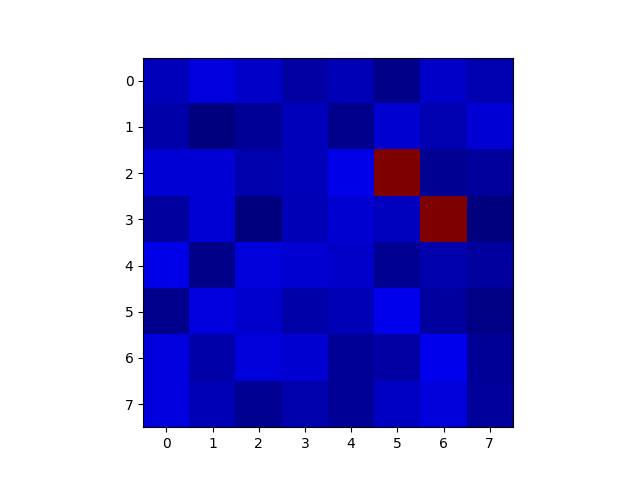 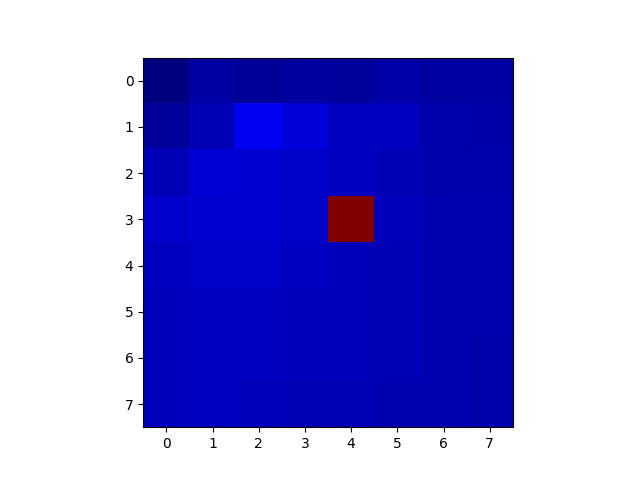 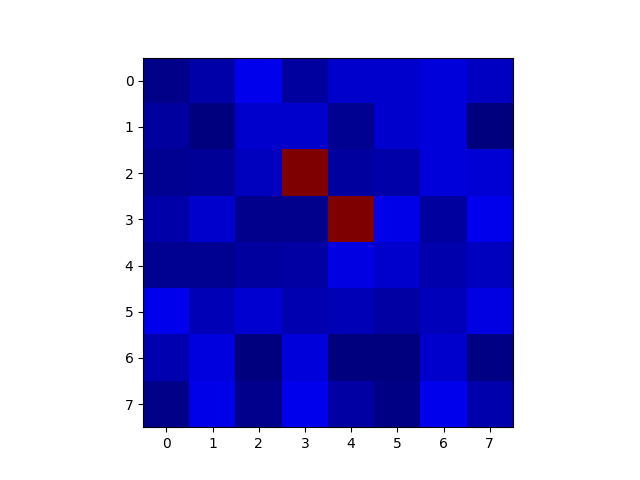 MD LSTM predictions (left) and ground truth (right) after training. As expected, the MD LSTM can only predict the second x and not the first one. That means the task is correctly predicted.