Thanks to Karl Düüna (DeadAlready) and his awesome post on medium

You can use it in many ways, below is one of them: 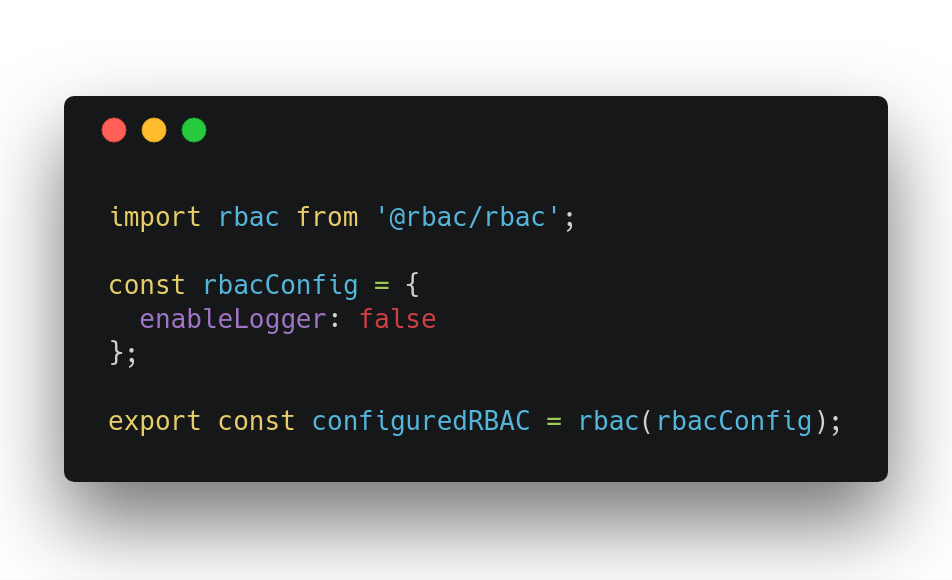 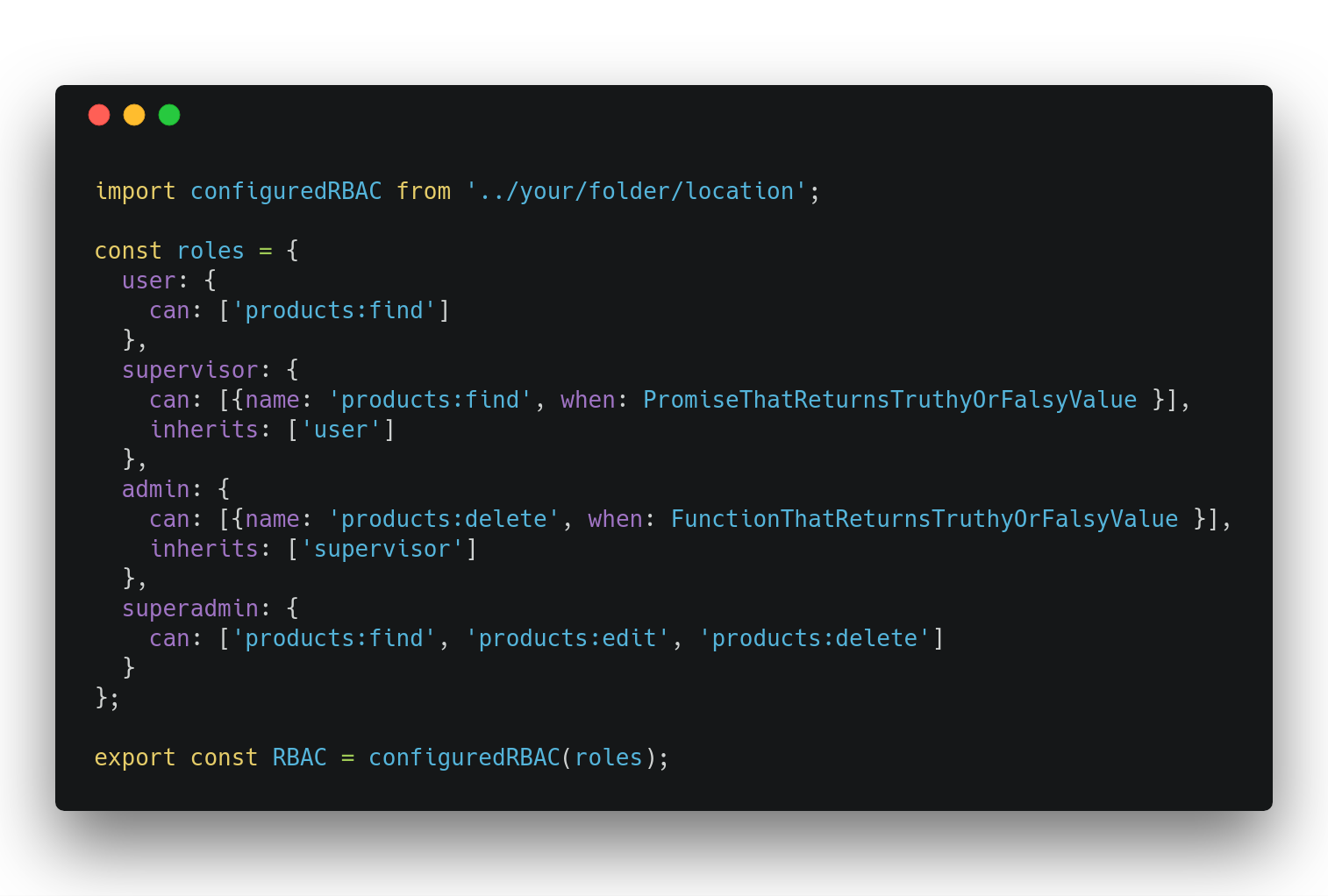 RBAC expects an object with roles as property names.

IMPORTANT! "when" property should be either a Callback function that receives params and done or a Promise that should resolve in Truthy or Falsy values. Example:

Check if user can do some operation 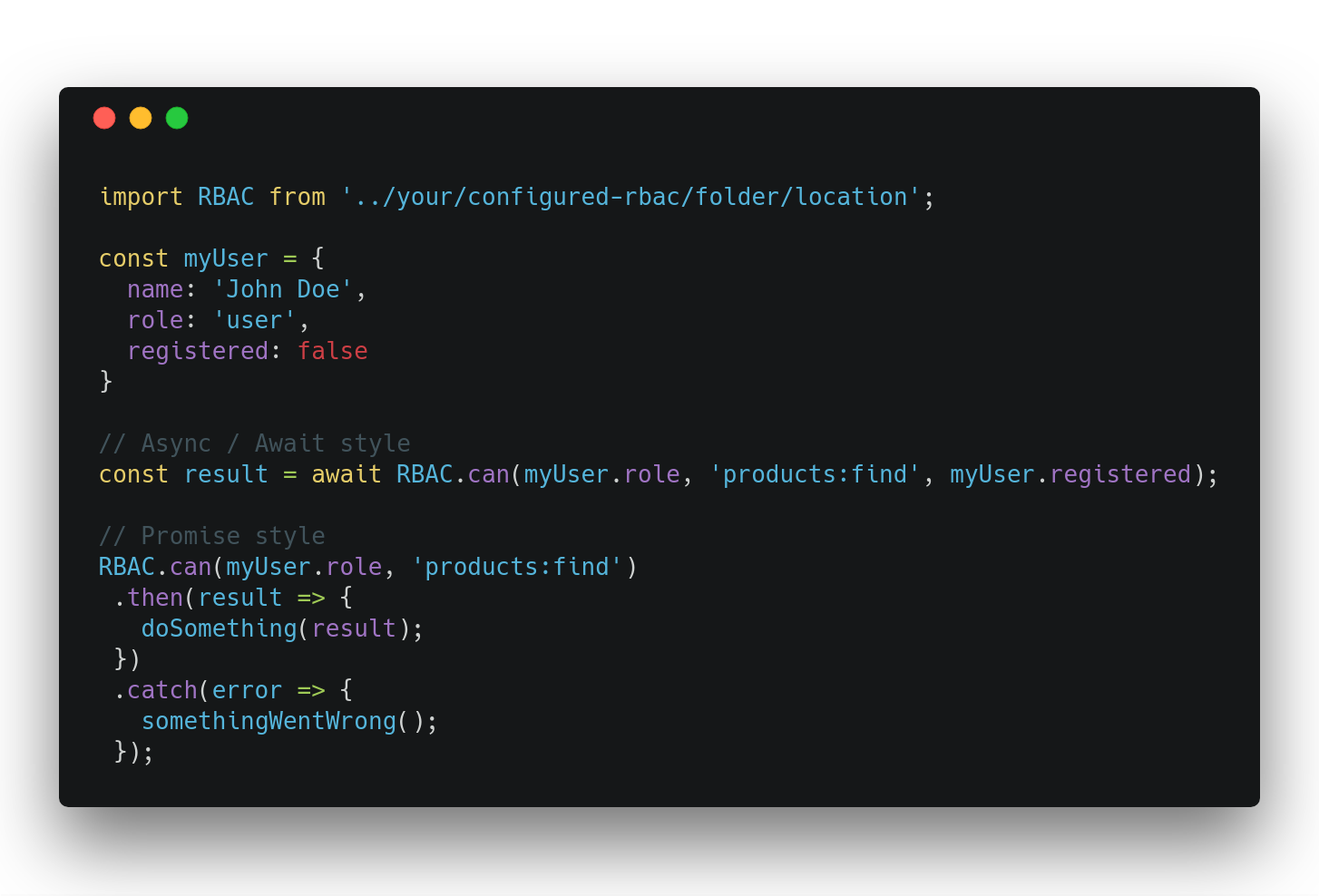 This project is under MIT License [https://opensource.org/licenses/MIT]