Reliable and modern Redis-Streams based task queue for Node.js.

👏 Important: Redis-Streams feature is not available before Redis version 5.

👏 More examples are available in the ./examples directory, including how to do task de-duplication, retry on failure, timeout etc. 👏 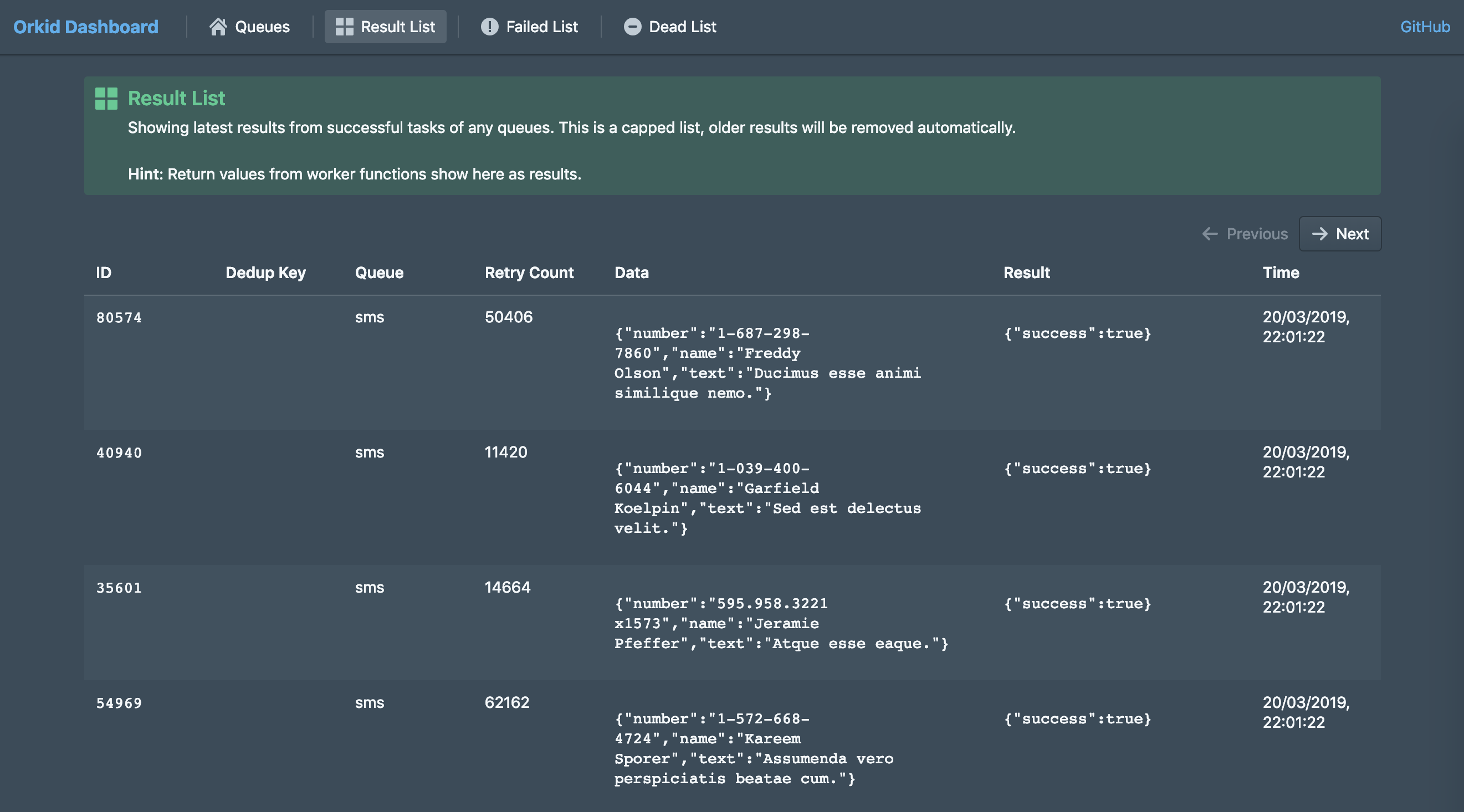 You need to run orkid-ui separately for the dashboard. Detail instructions on how to run orkid-ui locally or in production using docker/docker-compose can be found here: https://awesomeopensource.com/project/mugli/orkid-ui#running-locally

Alternatives To Orkid NodeSelect To Compare
Winds ⭐ 8,486
A Beautiful Open Source RSS & Podcast App Powered by Getstream.io
most recent commit a year ago
Aedes ⭐ 1,452
Barebone MQTT broker that can run on any stream server, the node way
dependent packages 74total releases 90most recent commit 16 days ago

Planet Stream ⭐ 30
Stream the planet!
most recent commit 5 years ago