ENNUI is an Elegant Neural Network User Interface that allows users to:

Thanks to Gil Strang, it's hosted at https://math.mit.edu/ENNUI/ 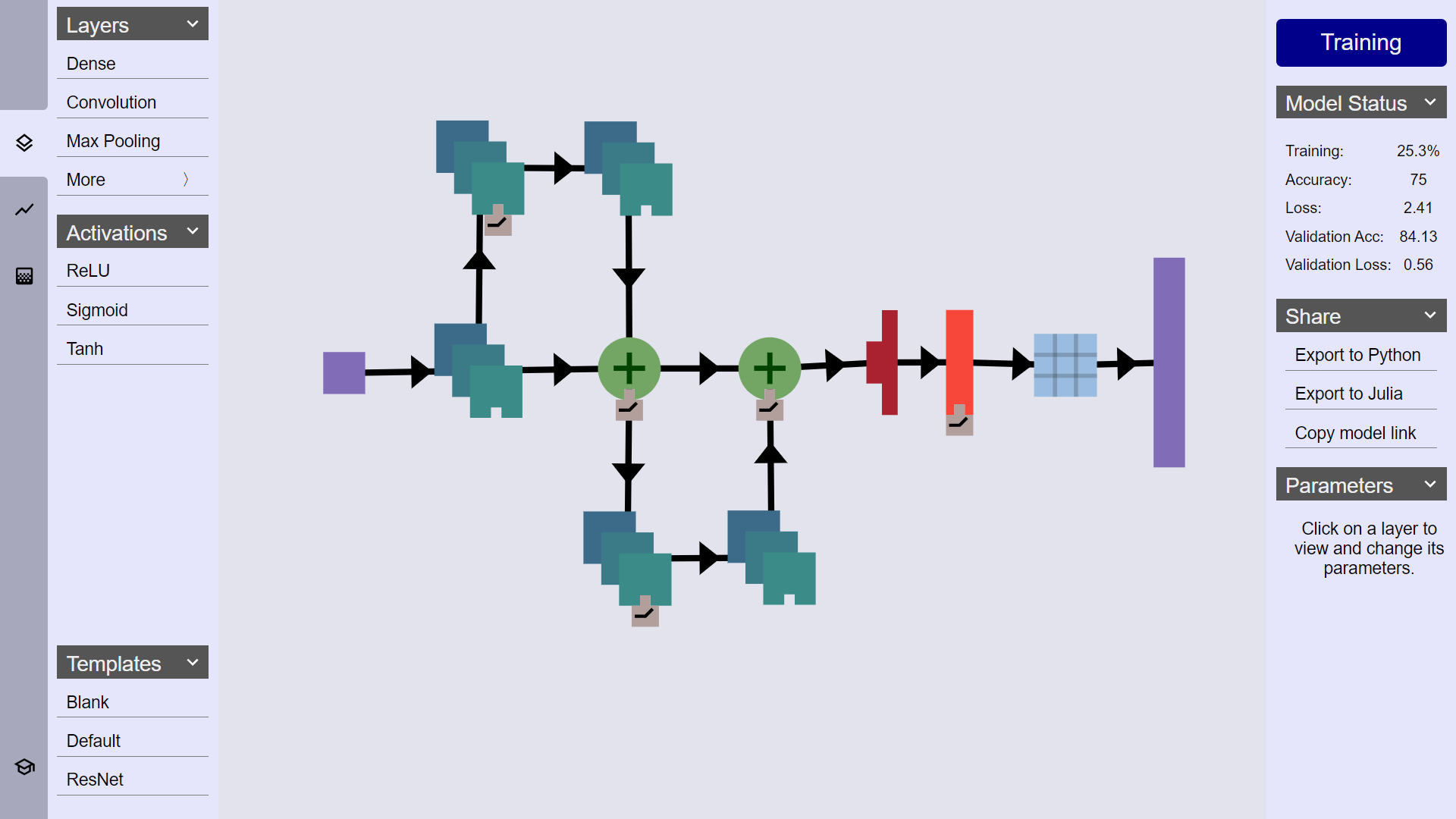 After cloning the repo, to install dependencies, run: npm install

To use chrome with localhost and the CIFAR-10 Dataset, make sure to close all chrome windows and run the following command to launch chrome: 'path/to/chrome.exe --allow-file-access-from-files'

ENNUI is frontend-only. The implementation is structed in two parts: