A call graph shows how functions call each other within a program.
Each oval represents a function, and each arrow indicates a function call.
In the diagram below, the main program is represented by node MAIN. It calls 6 functions, one of which calls 9 other functions.

c/c++/java are not supported, since their complex and varied syntax requires heavy machinery. 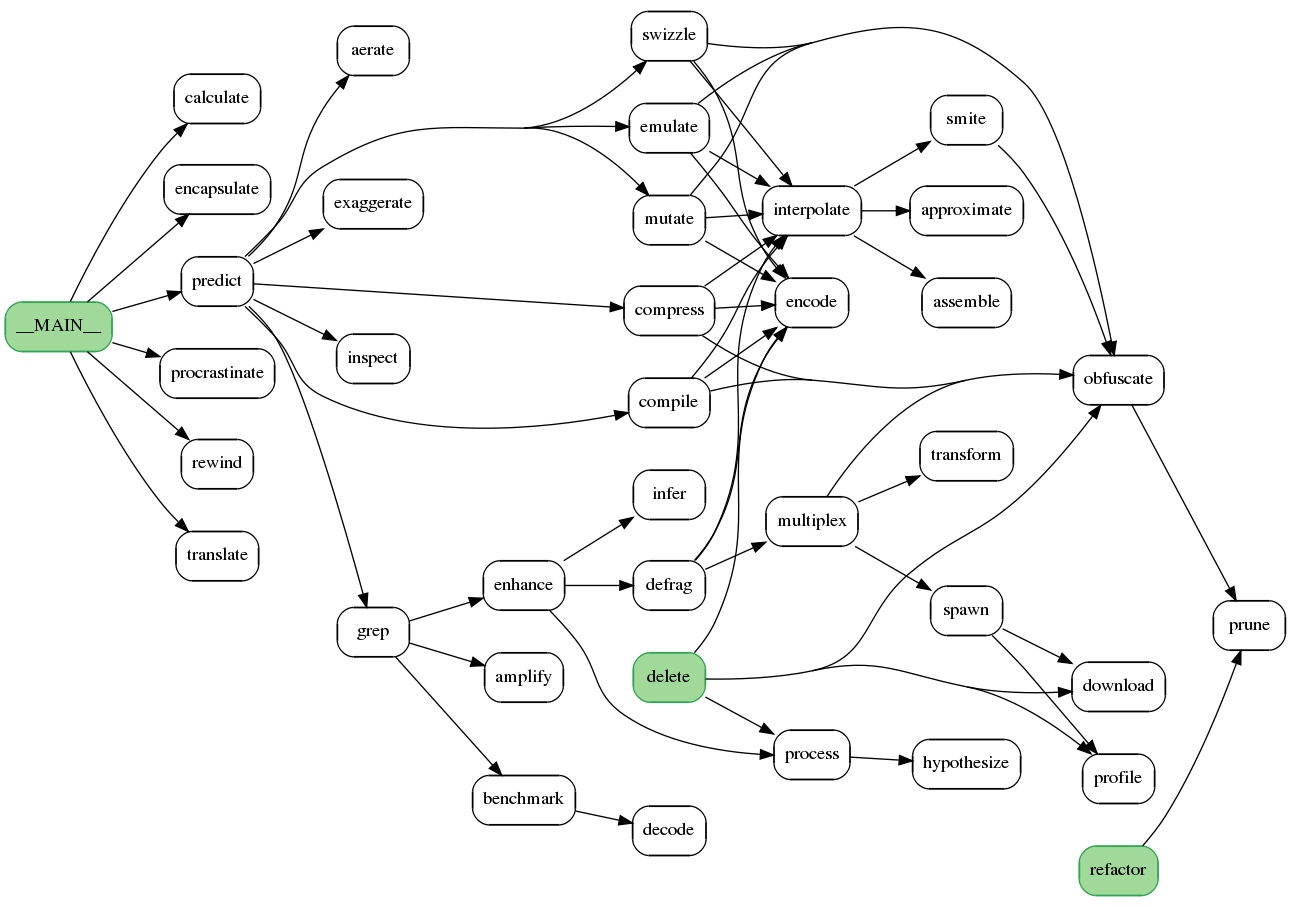