qengine is a cross-platform retro game engine. It is aimed at nostalgic game developers that miss simple times and enjoy creating games like it's 1997. The software renderer provides the aesthetic that we all love and the engine limitations exist to make your creativity shine.

The engine is a fork of the Quake II codebase that focuses on serving as a base for standalone games. Unlike other ports, it does not aim at being compatible with mods or the base Quake II game. In fact, many features were removed to reduce the complexity of the codebase and make the process of creating new games on top of the engine easier and faster.

Some notable changes include: 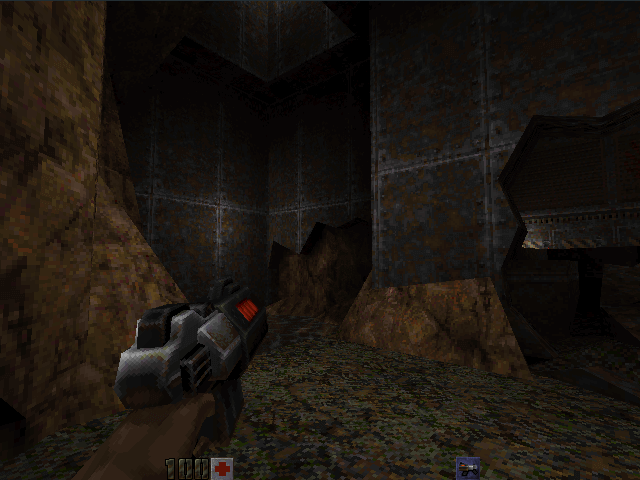 qengine stands on the shoulders of giants from the Quake II community. The code is built upon Yamagi Quake II, which itself contains code from other amazing projects:

qengine is released under the terms of the GPL version 2. See the LICENSE file for further information.

The engine will look for game data in the assets folder. You can start from scratch, or use the original Quake II game data if you own it.

Included with the engine there are quite a few useful tools. They are:

In order to run, the engine needs a few base assets, such as sounds, models and UI textures. Most of them are already included in the assets folder.

The engine works with a 256 color palette. However, the colormap.pcx file is a 256x320 color re-arrangement of those colors, resulting in 64 shades of each.

A GIMP palette is included to facilitate creation of new graphics for the engine: assets/palette.gpl

If you want more creative freedom, you can easily create a new palette. Create a PCX file with the 256 colors you have chosen and then: