A Koi breeding game. Get it on steam or on itch.io. 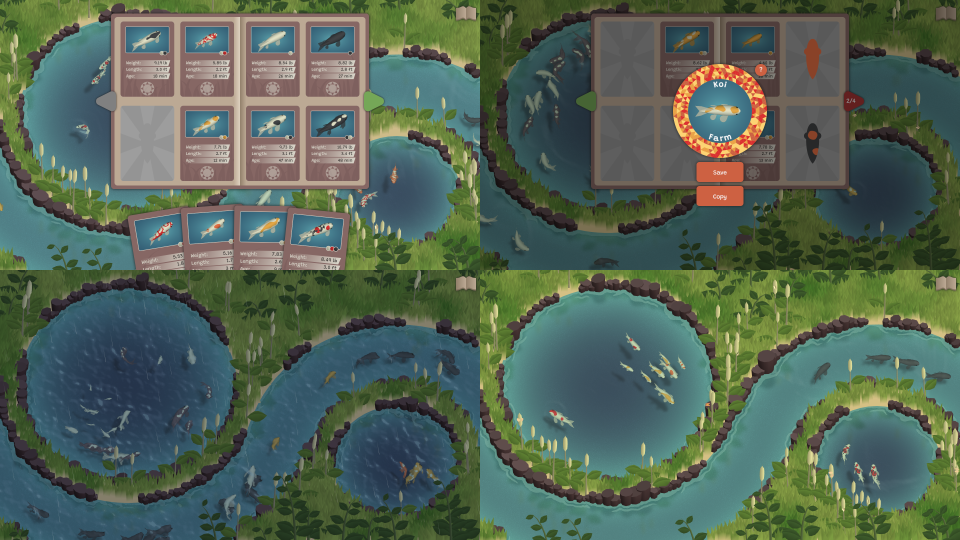 HTML, CSS and Javascript content is compressed using squish.py, which is included in this repository as a submodule. Before building, ensure that this library has been cloned as well.

Make sure node.js and python 3 are installed. After calling npm i to install all required packages, the following commands can be used to create binaries using electron:

Additionally, npm run compress can be called to compress HTML, CSS and Javscript content without building binaries. The compressed HTML file release.html will be created in the project root. The file requires the audio, font, svg and language directories to run, as well as favicon.ico and manifest.json.

Contributions can be proposed by submitting pull requests. The best place to ask questions is in the official discord, which has a dedicated channel for source code related discussions.

Koi Farm is distributed under the Apache 2.0 with Commons Clause license.