This ansible role gets information from an aws VPC and generate a graphical representation of security groups through a dot file rendered by Graphviz.

This role is inspired by https://github.com/jeanlouisferey/openstack-securitygroup-grapher which do the same for Openstack Tenants.

Ansible, of course, because it's an Ansible role.

Boto library needs to be installed, as that is required by the EC2 Ansible modules.

To render (i.e. to draw and obtain a graphic file), Graphviz needs to be installed.

After some time, you'll have a awsCloudGrapher.png file with your sg graph.

How to read the graph

The red arrows represent egress flows: for example, the UDP stream 53 is authorized as output of SG-VPC-INTERNAL to 10.xxx.yyy.zza.

The arrow head is always on the security group which contains the rule represented by the arrow.

It shows a tenant with several security groups corresponding to the different functions of the machines present in the project.

It shows in particular a SG that accepts any input from any source and a SG that allows any output to any destination. 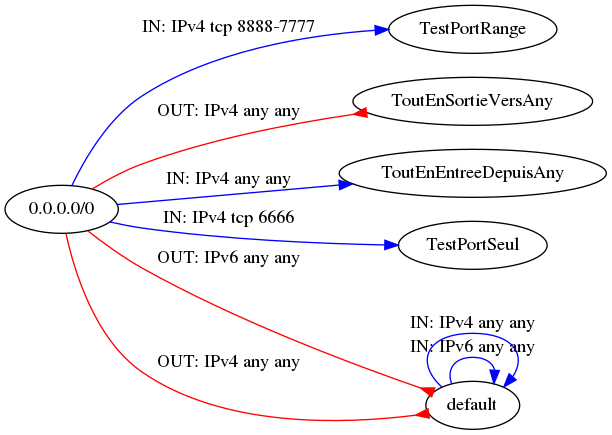 With asggrapherShowDefault: true, you'll have on your graph all the SGs, included the default AWS SG:

With asggrapherShowInstances: true, you'll have on your graph all the instances (VM) within SGs used by these instances. 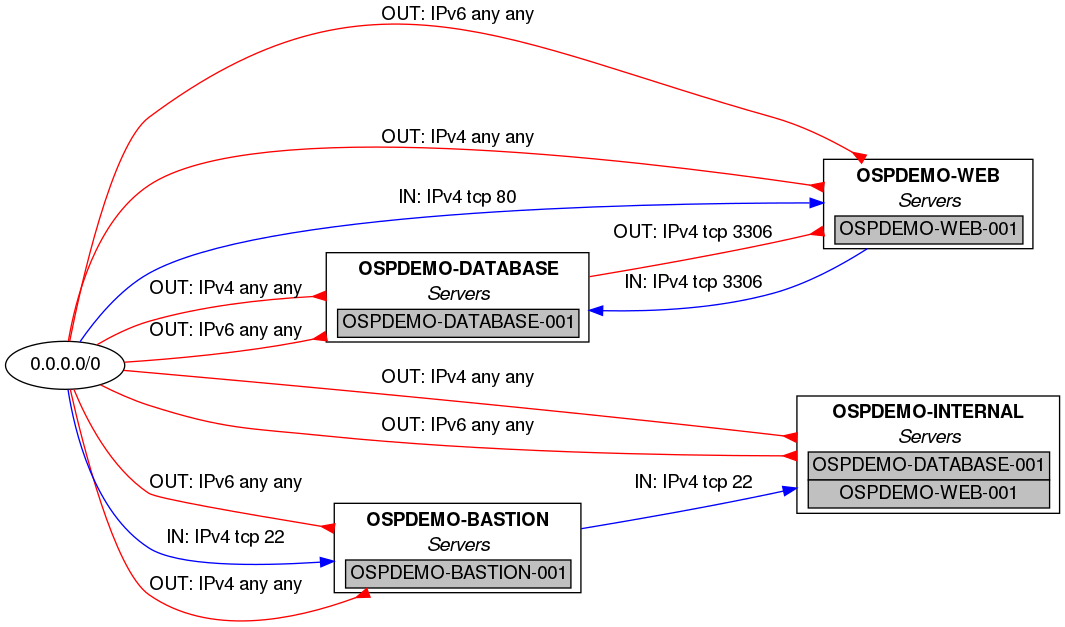 With asggrapherRankdir: LR, left to right, RL, right to left, TB, top to bottom, BT, bottom to top, you can change the way to draw the graph.