Furious Beaver is a distributed tool for capturing IRPs sent to any Windows driver. It operates in 2 parts:

Although the GUI obviously requires a Windows 10 environment (UWP App), the Broker itself can be deployed on any Windows 7+ host (x86 or x64). The target host must have testsigning BCD policy enabled, as the self-extracting driver is not WHQL friendly. 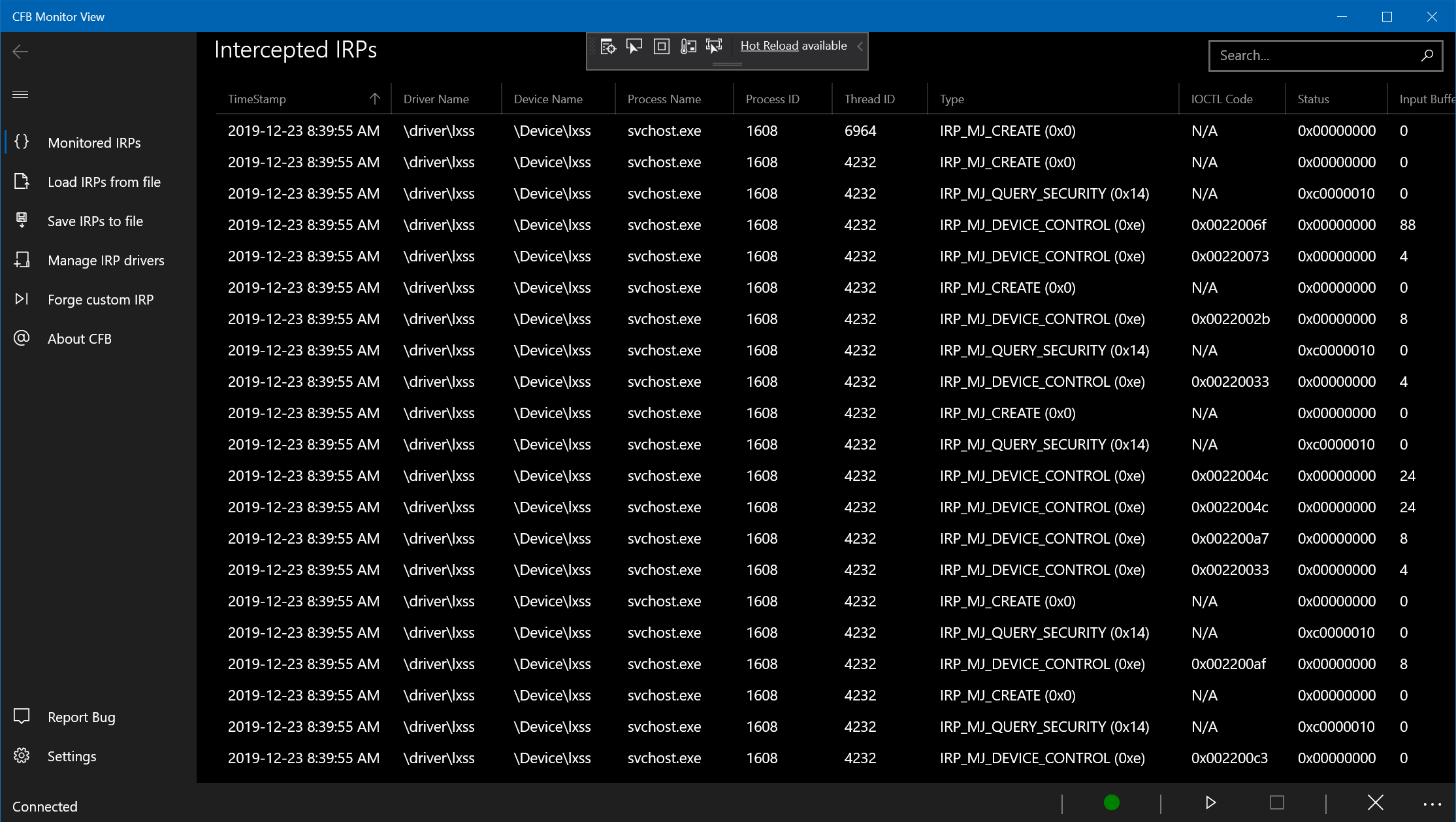 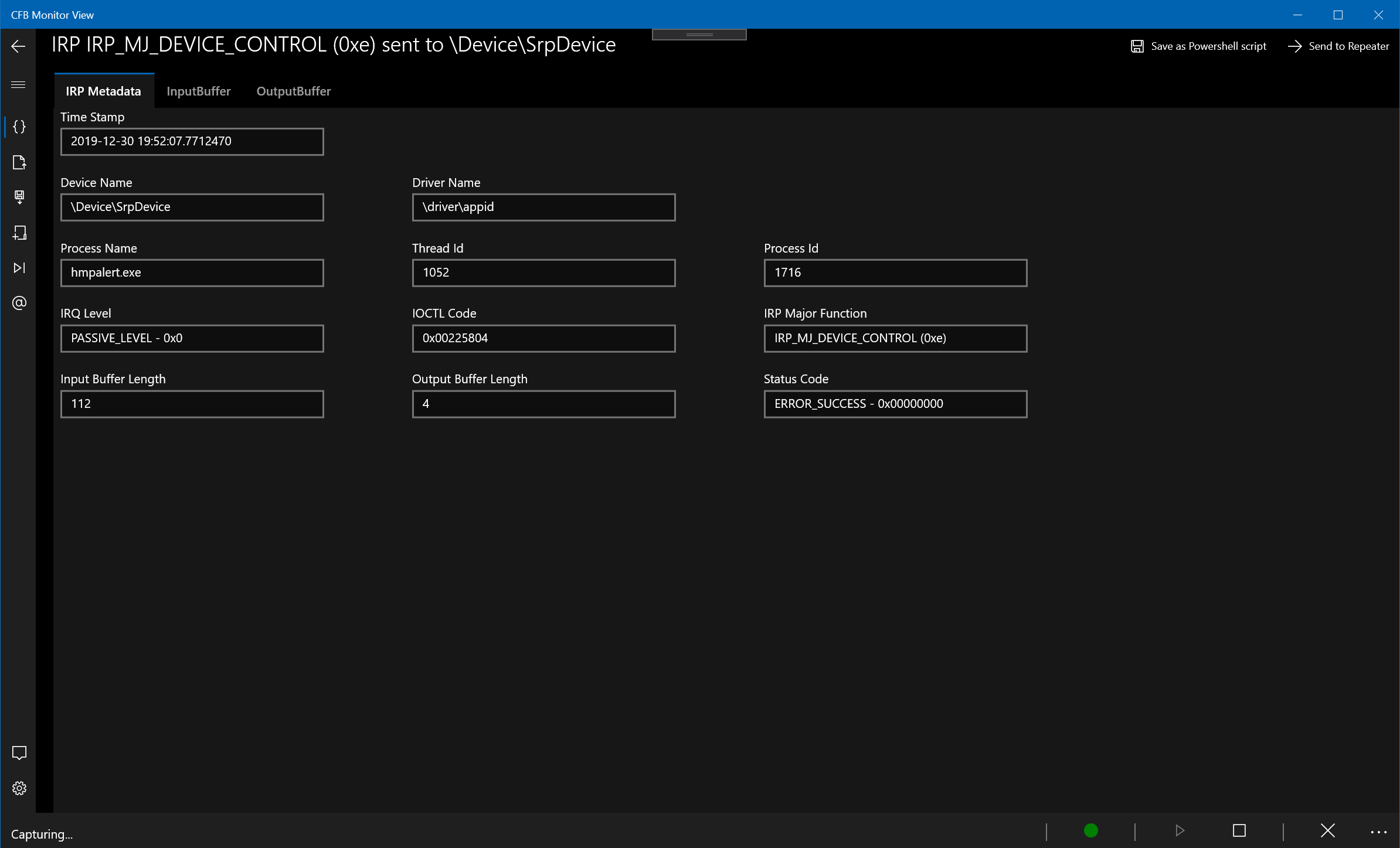 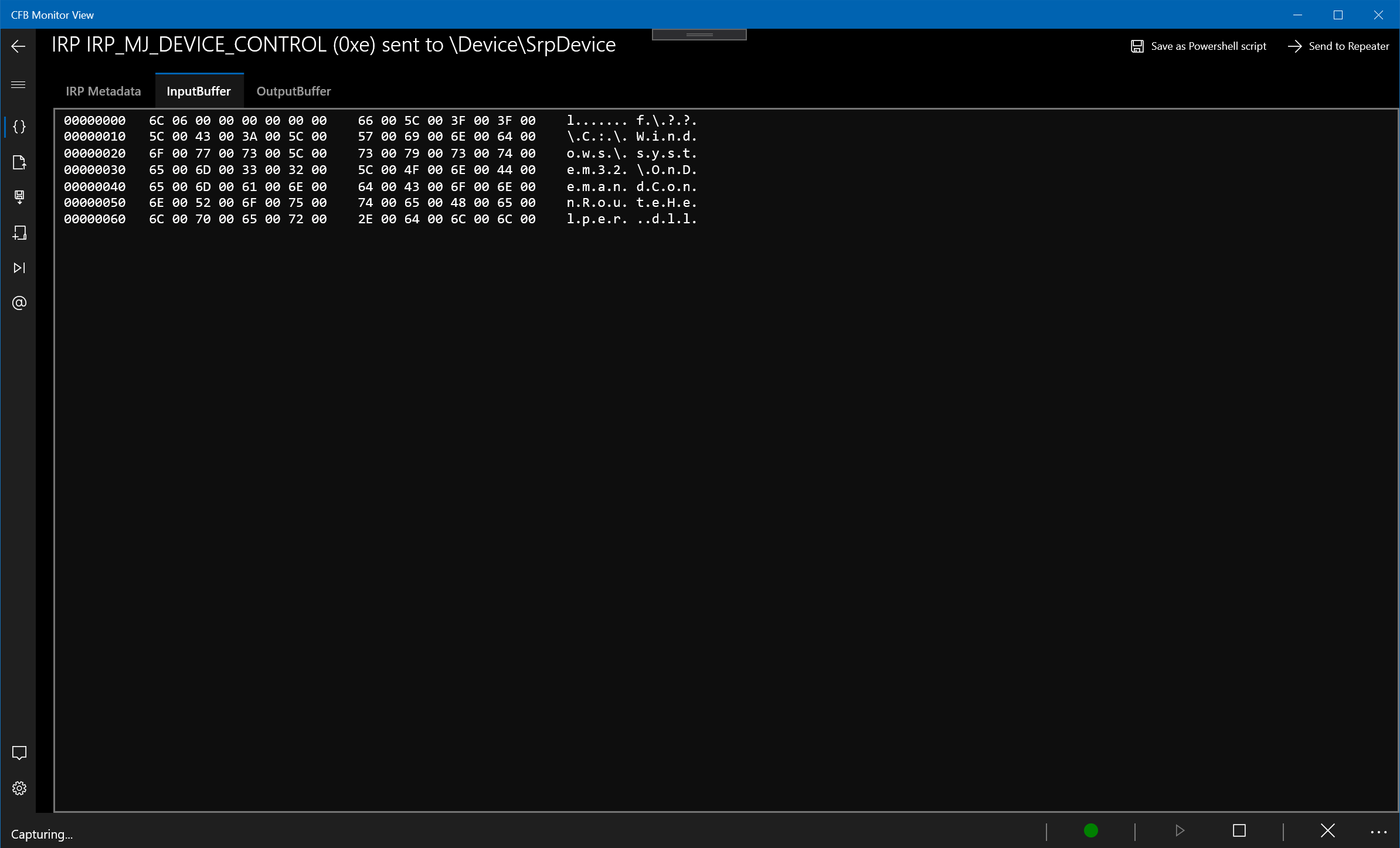 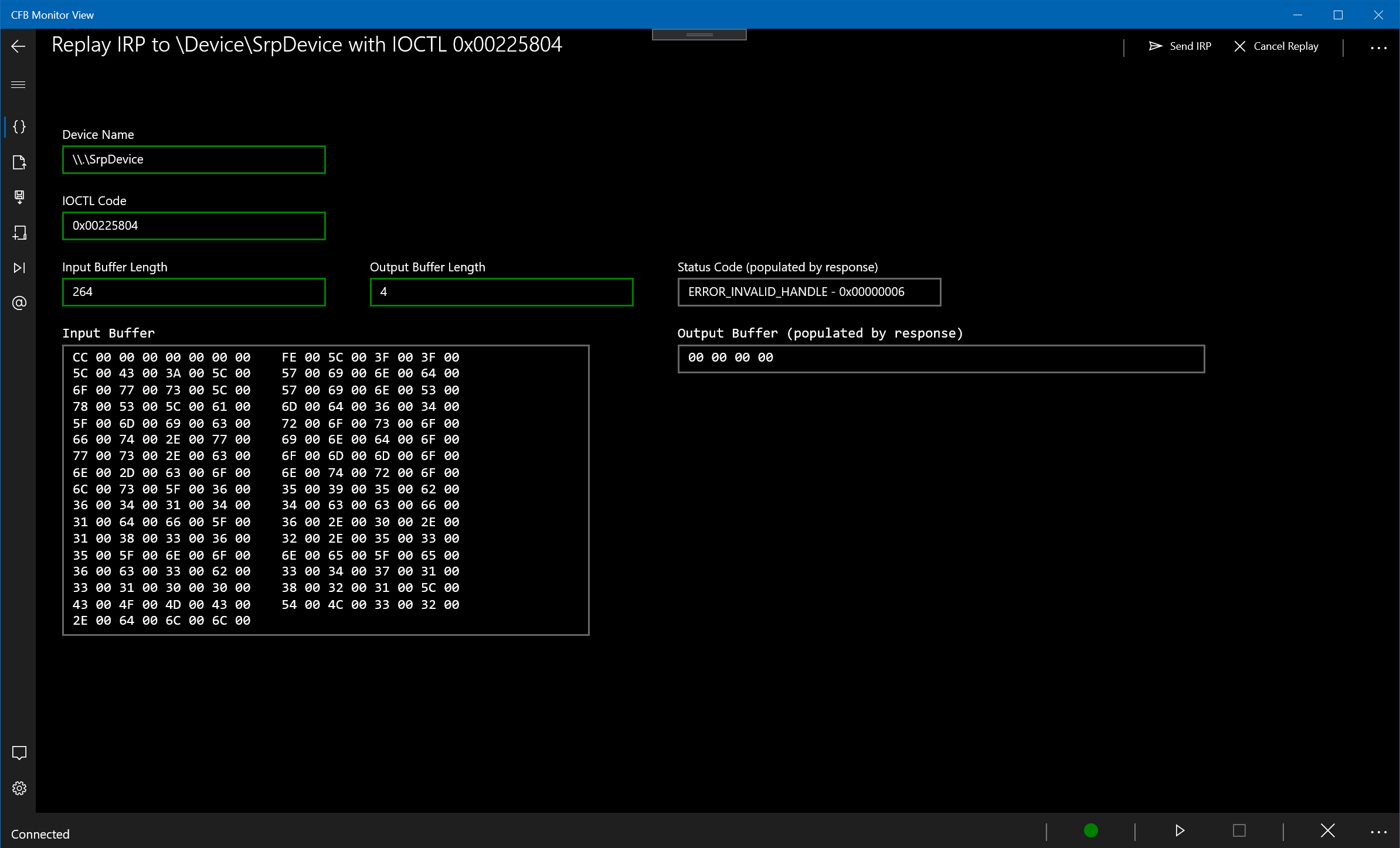 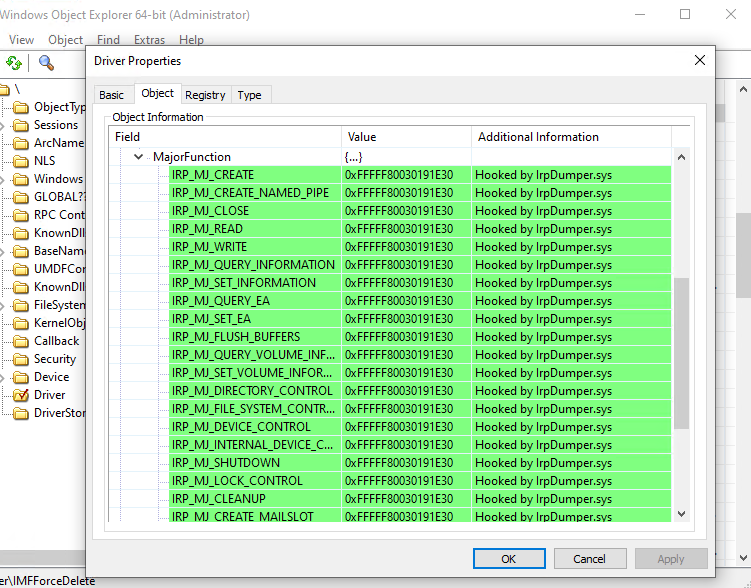 IrpDumper.sys in itself then acts a rootkit, proxy-ing all calls to the targeted driver(s). When a DeviceIoControl is sent to a hooked driver, IrpDumper will simply capture the data if any, and push a message to the user-land agent (Broker), and yield the execution back to the legitimate drivers, allowing the intended code to continue as expected. The Broker stores all this data in user-land waiting for a event to ask for them.

Clone the repository, and build the Broker in the solution CFB.sln at the project root with Visual Studio (Debug - very verbose - or Release). Additionally, you can build the App GUI by building the GUI (Universal Windows) project.

Clone the repository and in a VS prompt run

Where $Conf can be set to Release to Debug.

If using in Debug mode, IrpDumper.sys will provide a lot more valuable information as to what's being hooked (the price of performance). All those info can be visible via tools like DebugView.exe or a kernel debugger like WinDbg. In either case, you must enable kernel debug BCD flag (in cmd.exe as Admin):

It is also recommended to edit the KD verbosity level, via:

If you plan on (re-)compiling any of the tools, you must install VS (2019 preferred). If using the Release binaries, you only need VS C++ Redist installed (x86 or x64 depending on your VM architecture).

Follow the indications in the Docs/ folder to improve your setup.

Several command line tools (such as dumping all data to SQLite database, fuzzing IRP, etc.) can be found in the external repository CFB-cli.

Because I had no idea for the name of this tool, so it was graciously generated by a script of mine.