Designing your web app for a horizontal experience can tedious and overwhelming if you are new to web development. While a vertical design comes naturally as html is naturally vertical by design display:block. With display:flex, aligning your content horizontally becomes natural and intuitive but it doesn't support overflow or navigation. You start to add more hacks and tricks to get the design you wanted, but those hacks are not consistent and cross-browser tested, SSG or SEO friendly. You get the idea.

There are many libraries already in open-source world, some using direct DOM manipulation, some importing another legacy JavaScript or JQuery library. You don't want that. Vue already does that. This is Vue native created for Vue, and only Vue is the peer dependency required. All modes of rendering (SPA/SSR/SSG) are supported and tested with E2E tools.

The actual library is only about 400 LOC while there are at least 100x more LOC in the documentation, end-to-end testing and a bunch of other fun stuff. 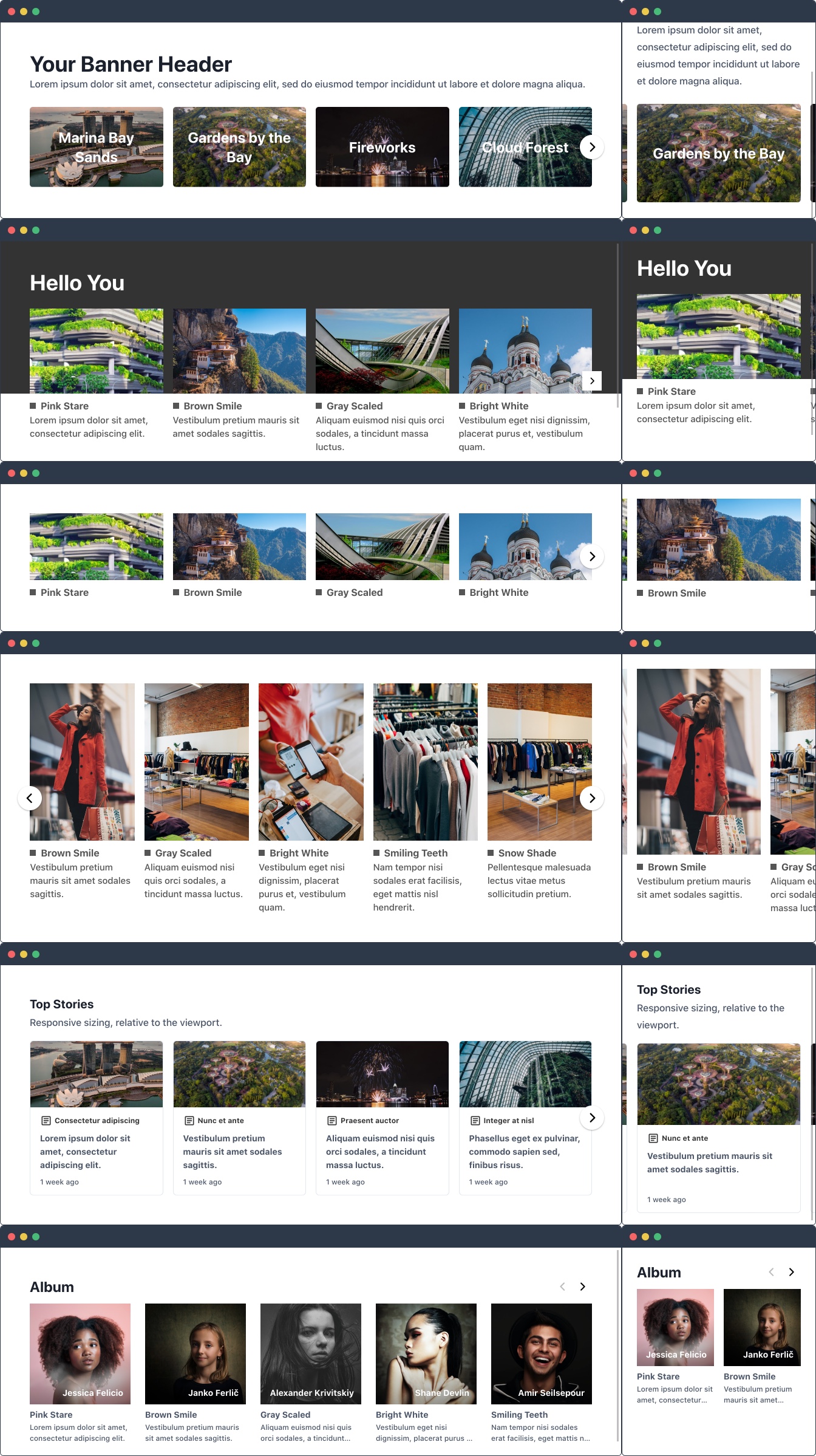 In Vue Horizontal, smooth scrolling is enabled by default. With scroll-behavior: smooth, it enables smooth scrolling experience when scroll event is triggered by programmatic calls. Although this is not a breaking functional feature, it provides a "smooth" scrolling user experience.

As of December 2020, there is only a 76% cross browser compatibility (88% if you include Safari experimental feature flag). Meantime you should polyfill this feature with more information provided here. Polyfill should be done by the user, there are no plans to incorporate this natively in the library.

Scroll snap align or scroll-snapping, is a CSS technique that allows customizable scrolling experiences like pagination of carousels by setting defined snap positions. Vue Horizontal has it enabled by default, to disable you can set <vue-horizontal snap="none">.

As of December 2020, there is a 94%+ cross browser compatibility. You can choose to polyfill this, but it's more of an aesthetic feature rather than a breaking functional requirement.

Originally, this project started out as another project called vue-horizontal-list. I created the origin project because I liked how AirBnb does their horizontal layout. I couldn't find a library that implements it vue natively without relying on a legacy js/jquery dependency.

This project is another take on it with an ultra simple implementation that is extensible and moves the responsibility to the user rather than the library.