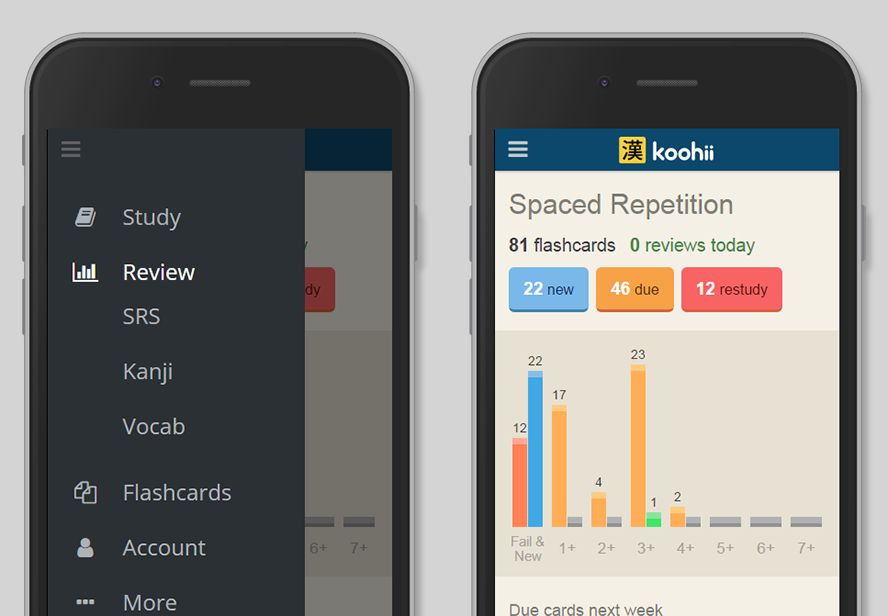 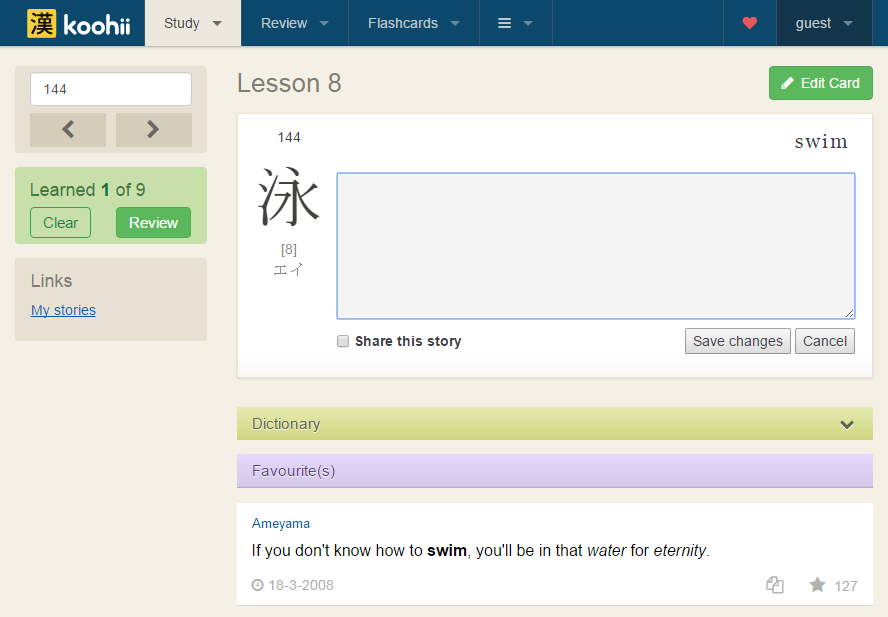 Create an "issue" in the Issues tab. New issue.

Realistically speaking, nobody wants to work on a very old codebase. That said, should you want to contribute some bug fixes, or some improvements here and there, help is welcome.

Keep in mind I started the website all the way back in the August 2005. The website was pretty much one-php-script-per-page for the first year. It was known then as "Reviewing the Kanji". A year or so later, I created a very barebones MVC inspired by Symfony 1. Thankfully because I followed the same API and conventions than Symfony a few years later I was able to refactor to the actual Symfony 1 package.

Installation is fairly simple with Docker CE. The MySQL container includes a sample database with a selection of the "top" voted kanji stories. See Installation and Database guides.

The source code is licensed as AGPLv3 (see the LICENSE file), with exception of the following third party licenses.

This list is not exhaustive and may be updated from time to time. The main purpose is to give an overview of things Kanji Koohii is built on.

Choice of license. The GNU AFFERO GENERAL PUBLIC LICENSE v3 is chosen to encourage cooperation, particularly in the case of network distributed software. Specifically: "public use of a modified version, on a publicly accessible server, gives the public access to the source code of the modified version."

Original assets. The website design and identity as "Kanji Koohii", as well as original artwork (such as the logo) are Copyright 2017 Fabrice Denis and intended for use exclusively at the kanji.koohii.com domain.

RTK Index and Keywords: The AGPL license does not cover permission granted explicitly to Fabrice Denis and for use on Kanji Koohii (previously "Reviewing the Kanji") by James W. Heisig, author of "Remembering the Kanji", to use the RTK index and keywords. The database provided with the repository includes RTK index and keywords for development purposes only, and the permission to use them does not extend to derived works based on this public repository and its data files.

Font Awesome 5 Pro: as a backer of FontAwesome 5 Pro, I may use FA 5 Pro resources in the future. The license is for my own use on my projects including Kanji Koohii, and does not extend to any derivative uses of this software (see FAQ).