Lua script to merge two input subtitles in SRT format in a new SRT file.
This tool is meant to help people that are learning new languages and would need to have on screen the two translations at the same time.
Here is an example of how VLC would playback the file generated (colors are configurable). 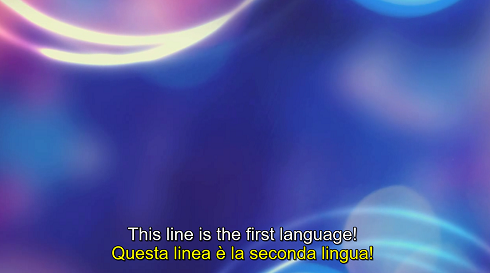