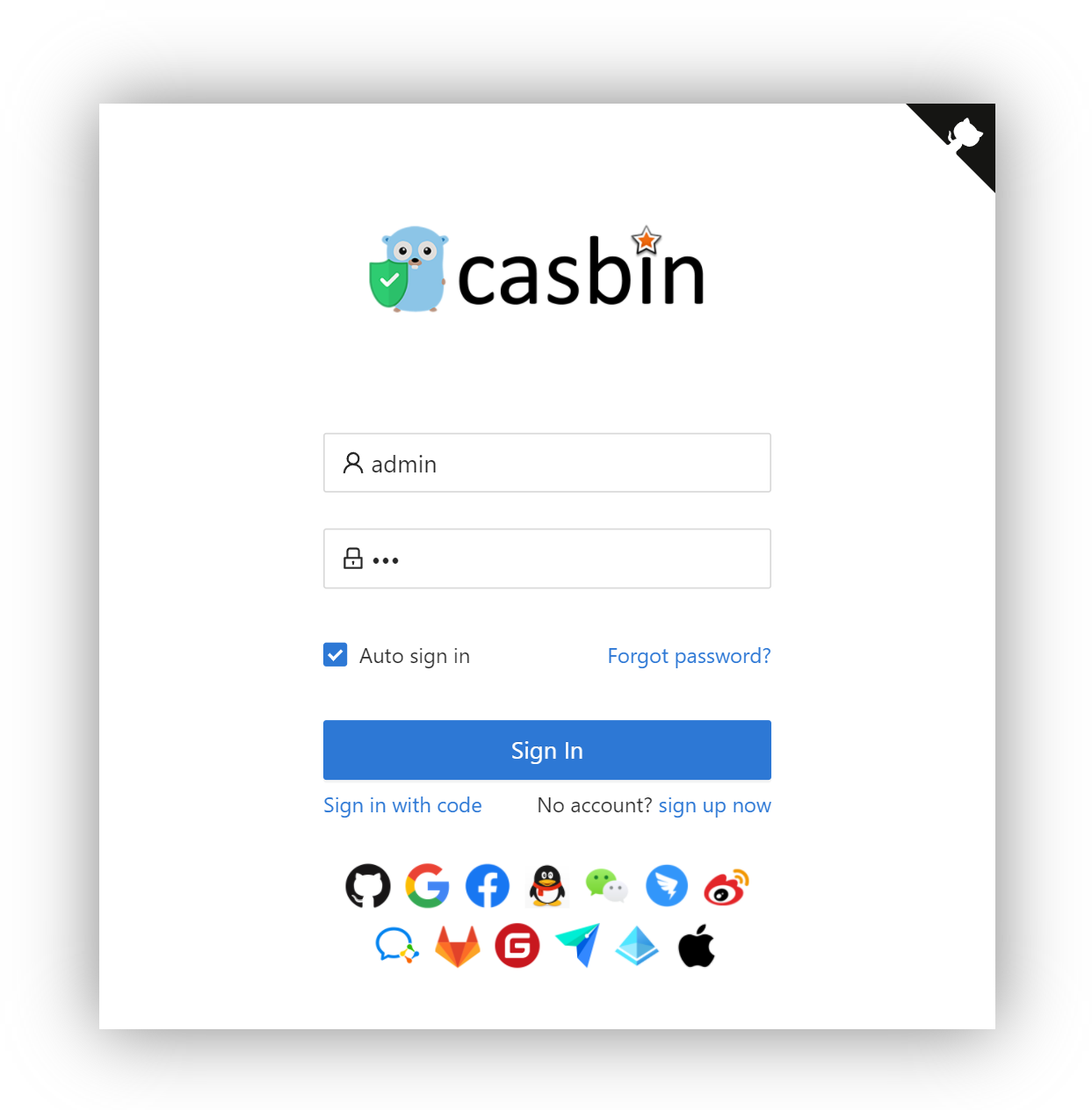 News: Are you still worried about how to write the correct Casbin policy? Casbin online editor is coming to help! Try it at: http://casbin.org/editor/

All the languages supported by Casbin:

Note: PyCasbin-on-CPP is available to use. Refer to the documentation for installation and usage.

In Casbin, an access control model is abstracted into a CONF file based on the PERM metamodel (Policy, Effect, Request, Matchers). So switching or upgrading the authorization mechanism for a project is just as simple as modifying a configuration. You can customize your own access control model by combining the available models. For example, you can get RBAC roles and ABAC attributes together inside one model and share one set of policy rules.

The most basic and simplest model in Casbin is ACL. ACL's model CONF is:

What Casbin does NOT do:

You can also use the online editor (https://casbin.org/editor/) to write your Casbin model and policy in your web browser. It provides functionality such as syntax highlighting and code completion, just like an IDE for a programming language.

Integrating Casbin to your project through CMake

Here is a working project to demonstarte how to set up your CMake configurations to integrate casbin without any prior installations.

You may integrate casbin into your CMake project through find_package. It is assumed that you're using CMake >= v3.19.

You must have casbin installed on your system OR have it fetched from GitHub through FetchContent.

Here's what your Findcasbin.cmake file should be:

Now that casbin's targets are available to your project, your may link your own targets against casbin's likewise:

Do remember to include casbin_SOURCE_DIR/include directory wherever casbin's functions are utilised.

You may integrate casbin into your CMake project through find_package. It is assumed that you're using CMake >= v3.19

Build instructions for all platforms

(Assuming you have CMake v3.19 or later installed)

We also provide a web-based UI for model management and policy management: If you have any issues or feature requests, please contact us. PR is welcomed.