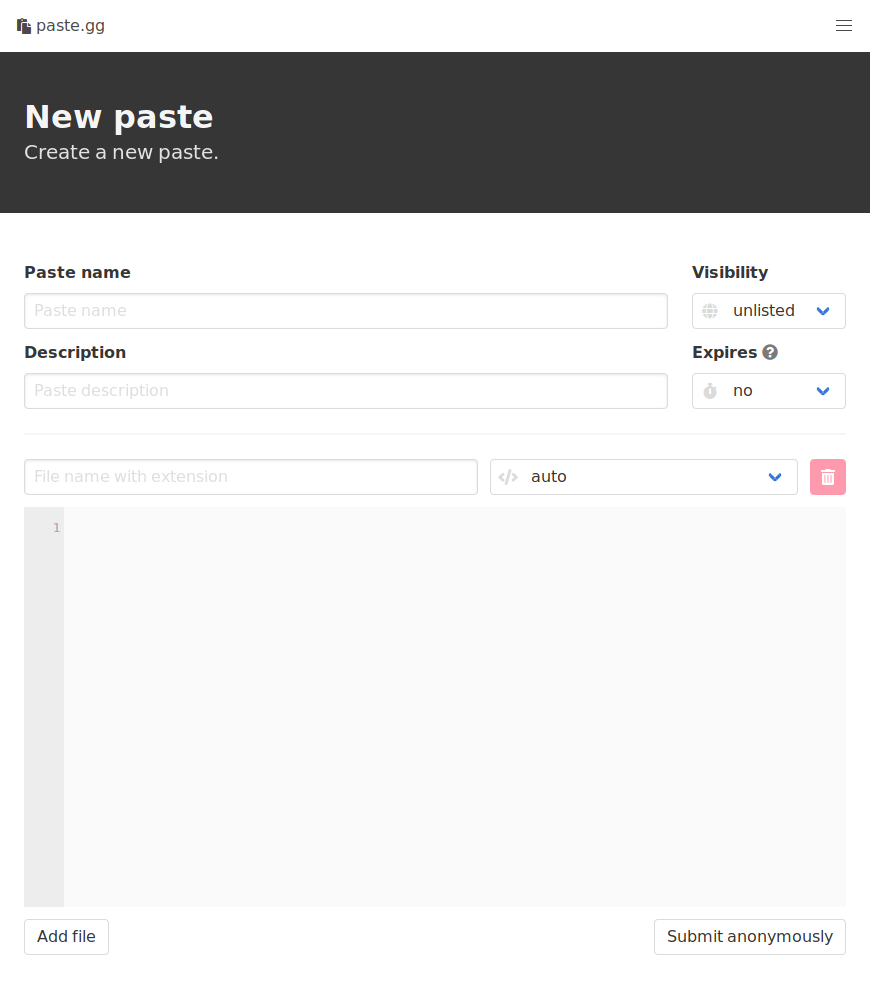 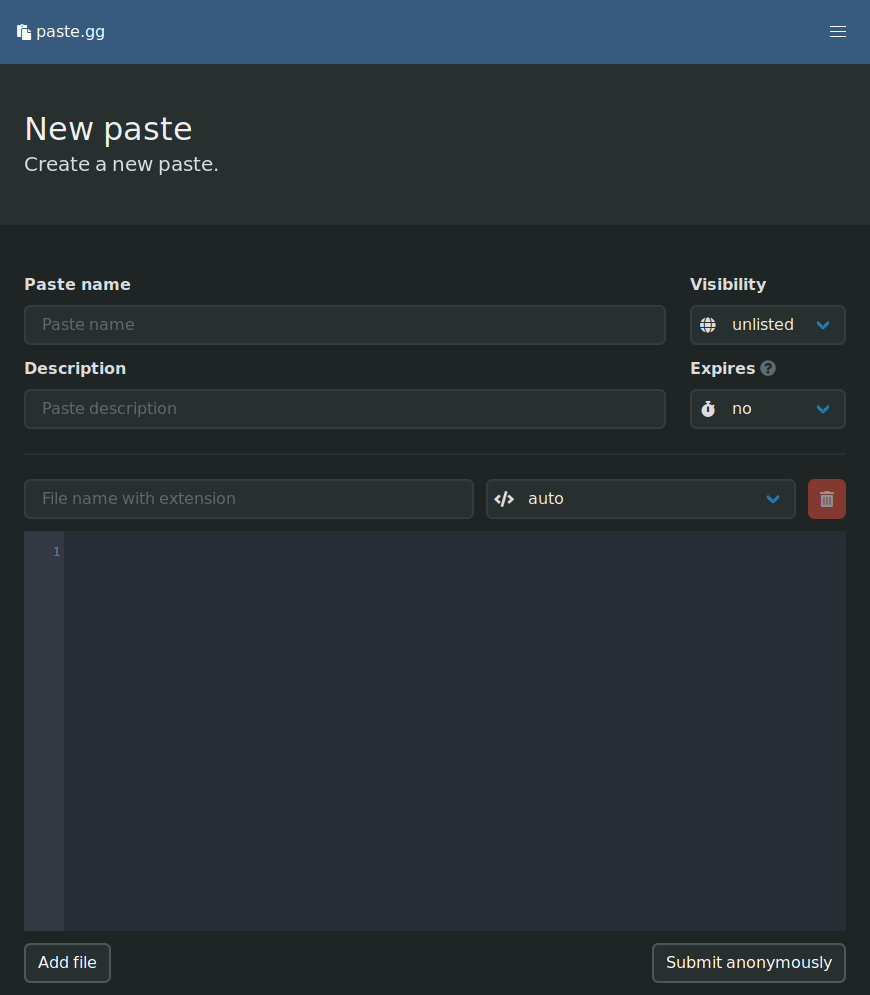 Pretty much every pastebin sucks. When Gist removed anonymous pastes, I realised that the pastebins out there don't do what I want them to do. I made paste to remedy that problem.

There should be a pastebin that's easy-to-use and simple, supporting multiple files, syntax highlighting, anonymity, and secure authentication. Now there is.

paste's API is stable. Any breaking changes, including route renames, will come with a version bump to the API.

paste's web interface, backend, routes, and code are all unstable. There may be heinous bugs. However, I would note that both myself and a few others use paste as our daily pastebins without issue.

Important: Ensure you clone the repository with submodules and git-lfs!
Make sure git-lfs is installed, then run git clone --recurse-submodules https://github.com/ascclemens/paste.git.

To set up a development environment with a debug build of paste, use paste.sh in the script directory! Just run scripts/paste.sh by itself to show help.

Changes to the HTML templates and static resources should take effect on reload, but changes to any Rust will need a scripts/paste.sh compose restart backend to recompile.

I host paste.gg. I am poor and can't afford a good machine (paste.gg is a DigitalOcean droplet – three cores and low-ish RAM), so please don't bombard it!

Setting up your own paste server (production, Docker)

You can run your own paste server by using docker-compose. You will need Docker, obviously.

The Docker image will build and run (in release mode) the server as it is in the repository. That is to say that whatever you have checked out will be built and run.

First, you'll need to set up your configuration. All configuration files are missing by default. You will need to copy over their examples files and edit those. The example files follow this pattern:

If you need ./Rocket.toml, the example file will be located at ./Rocket.example.toml.

If everything is configured correctly, it should start up, and you should see Rocket has launched from https://0.0.0.0:8000. Note that this is not how the outside world will access paste.

nginx is set up to expose ports 80 and 443 on the host by default, but you can change docker-compose.yml (and you'll need to change nginx.conf as well) to change that.

Access paste by connecting to the host via HTTPS.

Setting up your own paste server (production, manual)

A compatible and recommended command-line client for paste is bins.

If you just want to compile paste, perhaps to test while making a contribution, there is a Docker image that has a set-up build environment.

By default, that will build paste, but you can also append /bin/bash to the command to start a Bash shell in the working environment.