Kotlin Multiplatform is a framework of Kotlin that allows for sharing of a single codebase for business logic across different targets/platforms. Some of the targets supported by kotlin are: Android, iOS, Kotlin/JVM, Kotlin/JS, Android NDK, Windows, Linux, macOS etc.

In order to be able to build the application you'll need to change the api key in gradle.properties. First and formost you need to generate your own api key by creating a TMDB account and generating an api key. 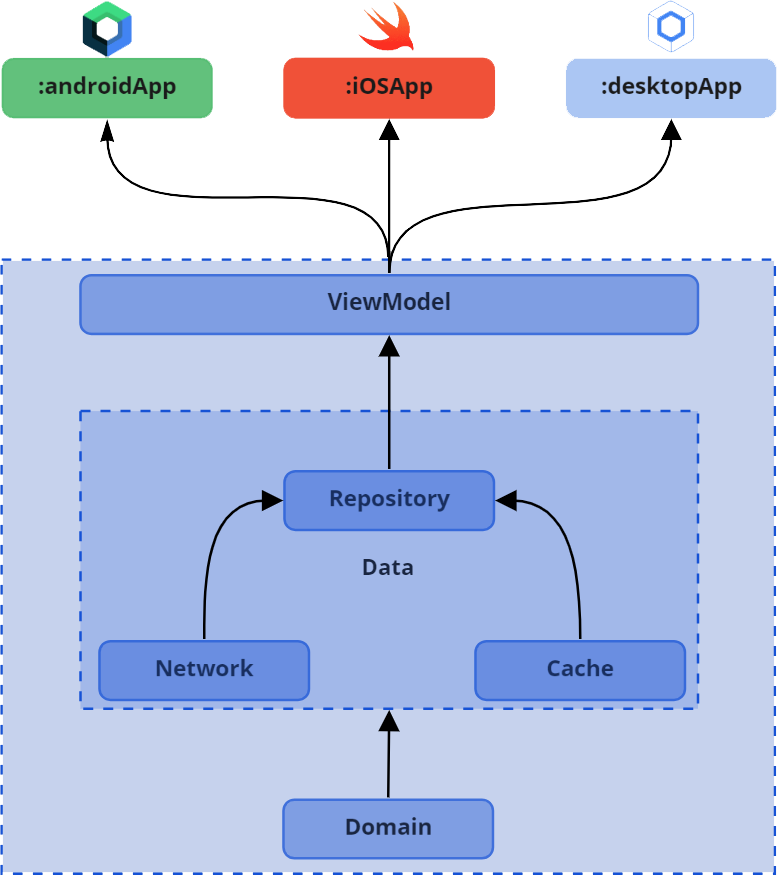 The project currently has 3 main modules:

This module contains shared code that holds the domain and data layers and some part of the presentation logic ie.shared viewmodels

This is the core layer of the application. The domain layer is independent of any other layers this means that changes in other layers will have no effect on domain layer eg. screen UI (presentation layer) or changing database (data layer) will not result in any code change withing domain layer.

Components of domain layer include:

Components of data layer include: 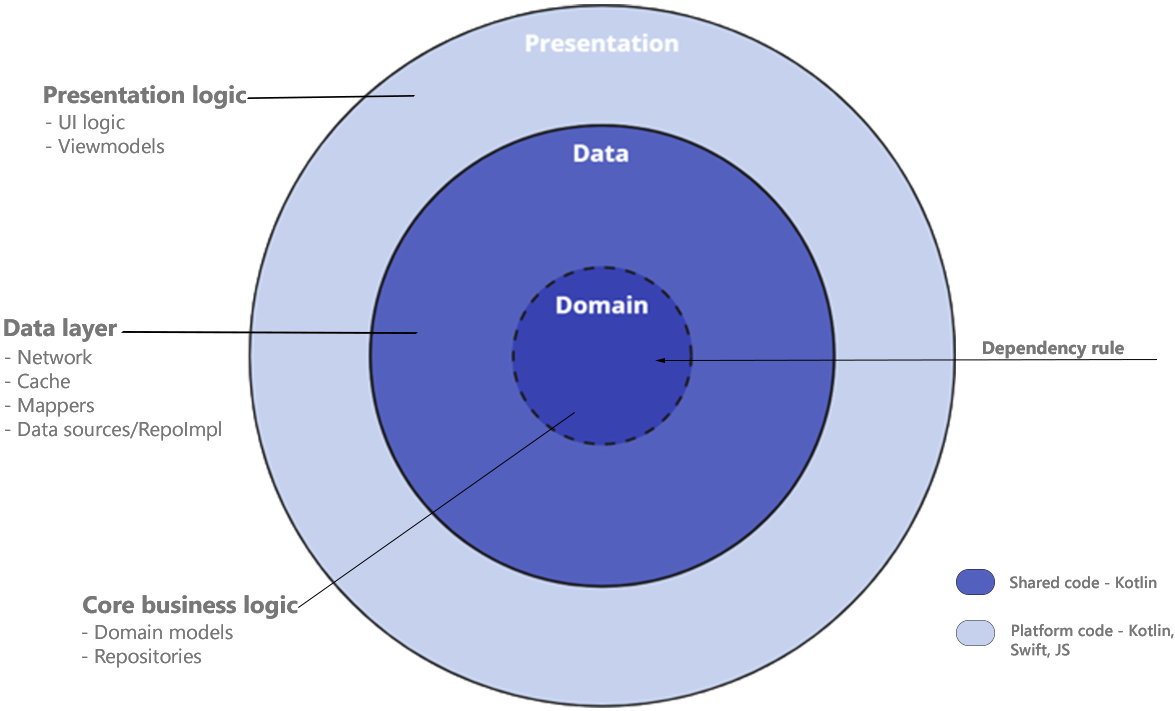 In this section I've included some resources ie. articles and GitHub reposirtories that i used to learn about kotlin mutltiplatform mobile:

In this section I've included resources that are not related to kotin multiplatform mobile but were really helpful in learning other android components and tools: