This SMTP server catches all e-mail being sent through it and provides an interface to inspect the e-mails.

Note: this SMTP server is meant to be run locally. As such several security considerations (e.g. SMTP transaction delays) have been omitted by design. Never run this project as a public service. 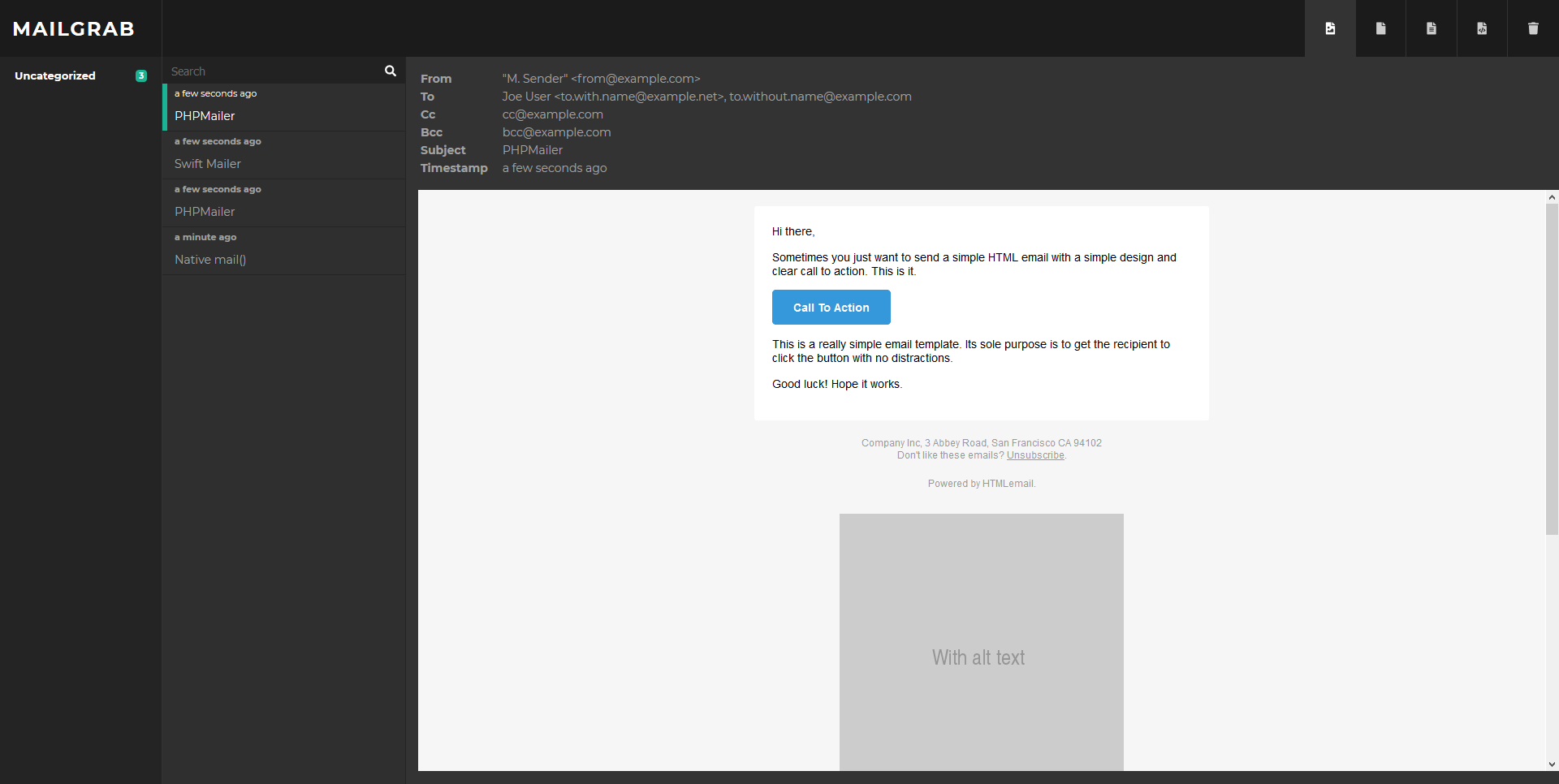 This project is currently working towards a first stable release version.
The master branch of this project will always be in a functioning state and will always point to the last release.

All active development should be based off the v0.4.0 branch.

Download the latest phar file from the releases page.

Once the MailGrab server is started you can point your browser to http://localhost:9000 to access the webinterface.
If you send a mail to the server over port 9025 it will automatically be displayed in the webinterface.
There are example mail scripts available under ./examples (e.g. php examples/full-test.php) which you can run to test the functionality.

To get started run npm install.

An NPM build script is provided and can be used by running npm run build in the project root.

Currently all active development has to be based off the v0.4.0 branch.

If you want to build a phar you can run the build script located at ./bin/build which will create a new build in the ./build directory.