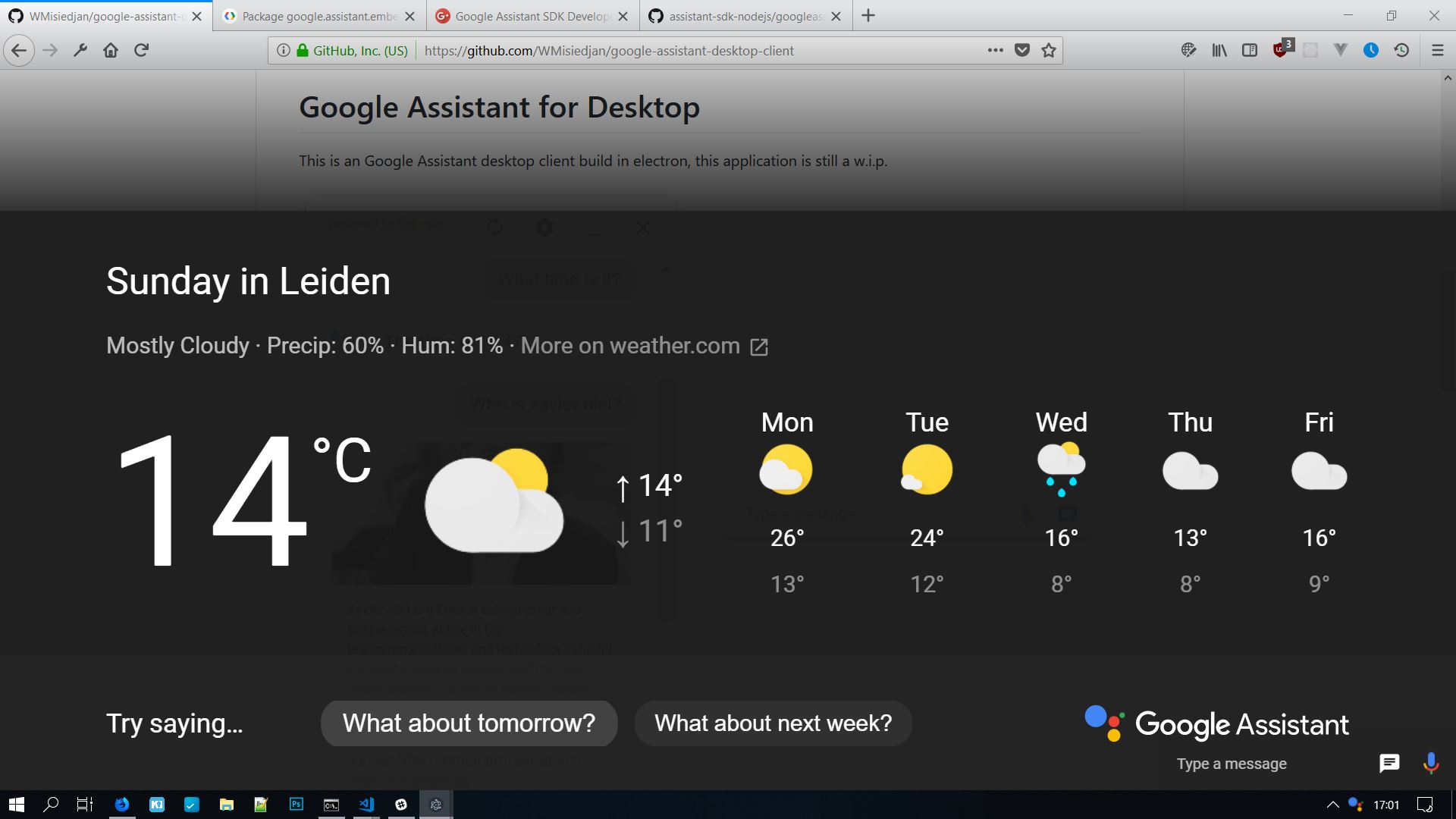 Since hotword integration is not included yet, I've included a shortcut that triggers the assistant:

You'll hear a sound when you can start speaking almost instantly.

This assistant desktop app is made for developers and hackers alike who like to play around with the SDK's and software. It will probably never be released as a stand-alone app that you can download since Google will probably never give us production API keys for a desktop client.

There's a couple of things that need to be done in order to run this application properly.

After you've got your client_secret_<client-id>.json file rename it to client_secret.json and put it in the src/renderer folder.

Get A Weekly Email With Trending Projects For These Topics
No Spam. Unsubscribe easily at any time.
javascript (68,711)
electron (930)
electron-vue (35)
google-assistant (29)