It is strongly recommended to take a few minutes to read this document to make sure you fully understand how IOTA and the Ledger Hardware Wallet works, and how they interact together.

IOTA is a unique cryptocurrency with specific design considerations that must be taken into account. This document will attempt to go over how the Ledger hardware wallet functions, and how to stay safe when using a Ledger to store IOTA.

Seed: An IOTA seed is equivalent to the password for your "IOTA account". It can store a near infinite number of addresses.

Private Key: The private key is used to generate a public key. It is also used to prove you own said public key by means of creating a signature for a specific transaction.

Public Key: Also known as public address or just address. The public key is the key you would give to somebody else to transfer you funds.

Change Tx: After sending funds to a 3rd party, all remaining funds on the account must be transferred to a new address - this is called the change tx (or the change address).

Account: The IOTA app stores indexes for 5 seeds, these can be used as unique accounts. For example one could be a primary or general purpose account, and another could be a donations account.

IOTA uses a type of quantum resistance called the Winternitz One-Time Signature Scheme. This means that addresses must not be reused. This is because you reveal part of the private key with each transaction. As such, reusing a spent address can allow attackers to forge fake transactions and steal your balance.

Keep in mind you can receive an infinite number of transactions, but as soon as you send from the address, you must NEVER use that address again.

This is handled in IOTA by utilizing what is called a seed index. Each index in the seed generates a unique address. When creating an IOTA transaction, it uses what's called an atomic bundle. This is just a fancy term that means either the entire bundle is accepted, or none of it is.

A bundle is just a group of transactions and IOTA uses both input and output transactions. So if Bob has 10 iota, and wants to send Alice 3 iota, the bundle could look like this:

This example highlights how IOTA handles one time signatures. First it takes an input of 10 iota from Bob's address. It sends 3 of it to Alice, and it puts the remaining 7 iota on a new address belonging to Bob's seed.

All input transactions require the private key to generate a signature which proves that you are the owner of the funds.

Because bundles are atomic units, the network will never accept Bob's input tx of -10 iota without also accepting sending 3 to Alice, and 7 to a new address owned by Bob (in this example).

Parts of an IOTA Transaction

An IOTA transaction is broken up into 2 halves. The first half is generating a transaction bundle, and creating signatures for it.

The second half is selecting 2 other transactions to confirm, and performing the proof of work.

Promoting an unconfirmed transaction does not require re-signing on the Ledger.

The Ledger Hardware Wallet works by deterministically generating an IOTA seed based on your 24 word mnemonic (created when setting up the device).

Instead of storing the seed on your computer (which could be stolen by an attacker), the seed is stored on the Ledger device, and is never broadcast to the host machine it is connected to.

The host can then use these signatures (which are only valid for that specific transaction bundle) to broadcast the transaction to the network. However as you can see, neither the IOTA seed, nor any of the private keys ever leave the device.

However keep in mind that in IOTA the signature contains some information about the private key for one specific address.

See Ledger's documentation to get more info about the inner workings of the Ledger Hardware Wallets.

For the Ledger Nano S:

For the Ledger Nano X:

For the Ledger Blue:

While having (only) 256 bits of entropy does not pose a security problem, it does not support the full potential of the IOTA seed. Thus, to use the full entropy supported by IOTA, an additional sufficiently long passphrase is needed! On the other hand, there are other factors that might have a higher security impact, like choosing proper random mnemonics (the Ledger uses a TRNG for that matter) or selecting a higher security level.

All warnings on the Ledger are there for a reason, MAKE SURE TO READ THEM and refer to this document if there is any confusion.

I lost my ledger, what should I do now?

Hopefully you wrote down your 24 recovery words and your optional passphrase in a safe place. If not, all your funds are lost.

If you did, the best solution is to buy a new Ledger and enter your 24 recovery words and your optional passphrase in the new device.
After installation of the IOTA Ledger app, all your funds are restored. Take care to reinitialize your seed index correctly.

Another approach is to use our seed recovery tool which can be found here: https://github.com/IOTA-Ledger/recover-iota-seed-from-ledger-mnemonics.
WARNING: Only use this tool in emergencies, as exposing your seed defeats the primary purpose of using a hardware wallet.

The easist way to load the app without needing to download and prepare a development environment uses Docker:

For active development it might be easier to install the development environment locally instead of using Docker:

After the development environment has been installed, the app can be build and installed in the following way:

This is a community project, done in our spare time for the betterment of the IOTA ecosystem and community. Donating is not required, but is greatly appreciated. If you would like to donate please send some IOTA to the following address: 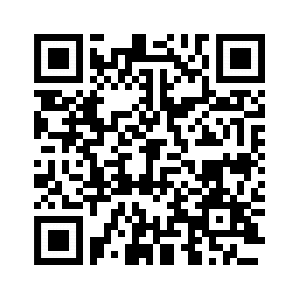 Please know that the donations made to this address will be shared with everyone who meaningfully contributes to the project.

Would you like to contribute as a dev? Please check out our Discord channel to contact us!