This repository hosts Chymyst Core — a domain-specific language for purely functional, declarative concurrency, implemented as a Scala library. Chymyst is a framework-in-planning that will build upon Chymyst Core to enable creating concurrent applications declaratively.

Chymyst (pronounced “chemist”) is a clean-room implementation of the chemical machine paradigm, known in the academic world as Join Calculus (JC). JC has the same expressive power as CSP (Communicating Sequential Processes) and the Actor model, but is easier to use and reason about, more high-level and more declarative. (See also Conceptual overview of concurrency.)

Overview of Chymyst and the chemical machine programming paradigm

Concurrency in Reactions: Get started with this extensive tutorial book

Selected tutorial chapters from the book:

From actors to reactions: a guide for those familiar with the Actor model

Show me the code: An ultra-short guide to Chymyst

Presentations on Chymyst and on the chemical machine programming paradigm

Nov. 18, 2017: Declarative concurrent programming with Chymyst. Presented at the Scale by the Bay conference

Main features of the chemical machine

Comparison of the chemical machine vs. academic Join Calculus

Comparison of the chemical machine vs. the Actor model

Comparison of the chemical machine vs. the coroutines / channels approach (CSP)

The following code snippet is a complete runnable example that implements the logic of “dining philosophers” in a fully declarative and straightforward way.

Status of the project

The Chymyst Core library is in alpha pre-release, with very few API changes envisioned for the future.

The semantics of the chemical machine (restricted to single-host, multi-core computations) is fully implemented and tested on many nontrivial examples.

The library JAR is published to Maven Central.

Unit tests (more than 500 at the moment) exercise all aspects of the DSL provided by Chymyst. Test coverage is 100% according to codecov.io.

Test suites also complement the tutorial book and include examples such as barriers, asynchronous and synchronous rendezvous, local critical sections, parallel “or”, parallel map/reduce, parallel merge-sort, “dining philosophers”, as well as many other concurrency algorithms.

Performance benchmarks indicate that Chymyst Core can schedule about 100,000 reactions per second per CPU core, and the performance bottleneck is in submitting jobs to threads (a distant second bottleneck is pattern-matching in the internals of the library).

The tests will print some error messages and exception stack traces — this is normal, as long as all tests pass.

Some tests are timed and will fail on a slow machine.

sbt benchmark/run will run the benchmarks.

To build the benchmark application as a self-contained JAR, run

Then run it as

This will create the file benchmark.jfr in the current directory. Open that file with jmc (Oracle's "Java Mission Control" tool) to inspect Code and then the "Hot Methods" (places where most time is spent).

Use Chymyst Core in your programs

Chymyst Core is published to Maven Central. To pull the dependency, add this to your build.sbt at the appropriate place:

To use the chemical machine DSL, add import io.chymyst.jc._ in your Scala sources.

See the "hello, world" project for an example.

To build the library JARs:

This will prepare JAR assemblies as well as their Scaladoc documentation packages.

The main library is in the core JAR assembly (core/target/scala-2.11/core-*.jar). User code should depend on that JAR only.

If sonatypeRelease fails due to any problems with POM files while +publishSigned succeeded, it is possible to release manually on the Sonatype web site (requires login). Go to "Staging Repositories" and execute the actions to "promote" the release. 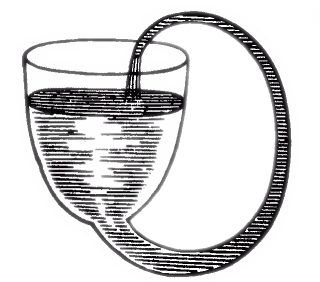 This drawing is by Robert Boyle, who was one of the founders of the science of chemistry. In 1661 he published a treatise titled “The Sceptical Chymist”, from which the Chymyst framework borrows its name.