Thin library that provides symbolicated crash reports for Kotlin code on iOS. If you would like to log exceptions you can use CrashKiOS directly, but you'll probably want to check out Kermit. Kermit is a logging library that also includes implementations for Crashlytics and Bugsnag.

Touchlab is looking for a Mobile Developer, with Android/Kotlin experience, who is eager to dive into Kotlin Multiplatform Mobile (KMM) development. Come join the remote-first team putting KMM in production. More info here.

Kotlin's design has obviously been influenced by Java. In Java, exceptions are a normal thing, and further in Kotlin, checked exceptions aren't a thing. Crash reporters (Crashlytics, Bugsnag, etc) can take the unhandled exceptions and provide the full stack trace.

On iOS, exceptions exist, but they're very much a special case. When a "crash" happens, the app stops, and crash reporting tools take the state of the application threads. When calling into Kotlin code, if a crash happens in the Kotlin code, the exception bubbles back up to the iOS/Kotlin interface, at which point, if not @Throws, the app is forcibly crashed. You can see the crash info from the local device and from the app store, assuming the user reported it, but crash reporting services like Crashlytics and Bugsnag only get the stack trace from the iOS/Kotlin interface. Not where the crash actually happened. 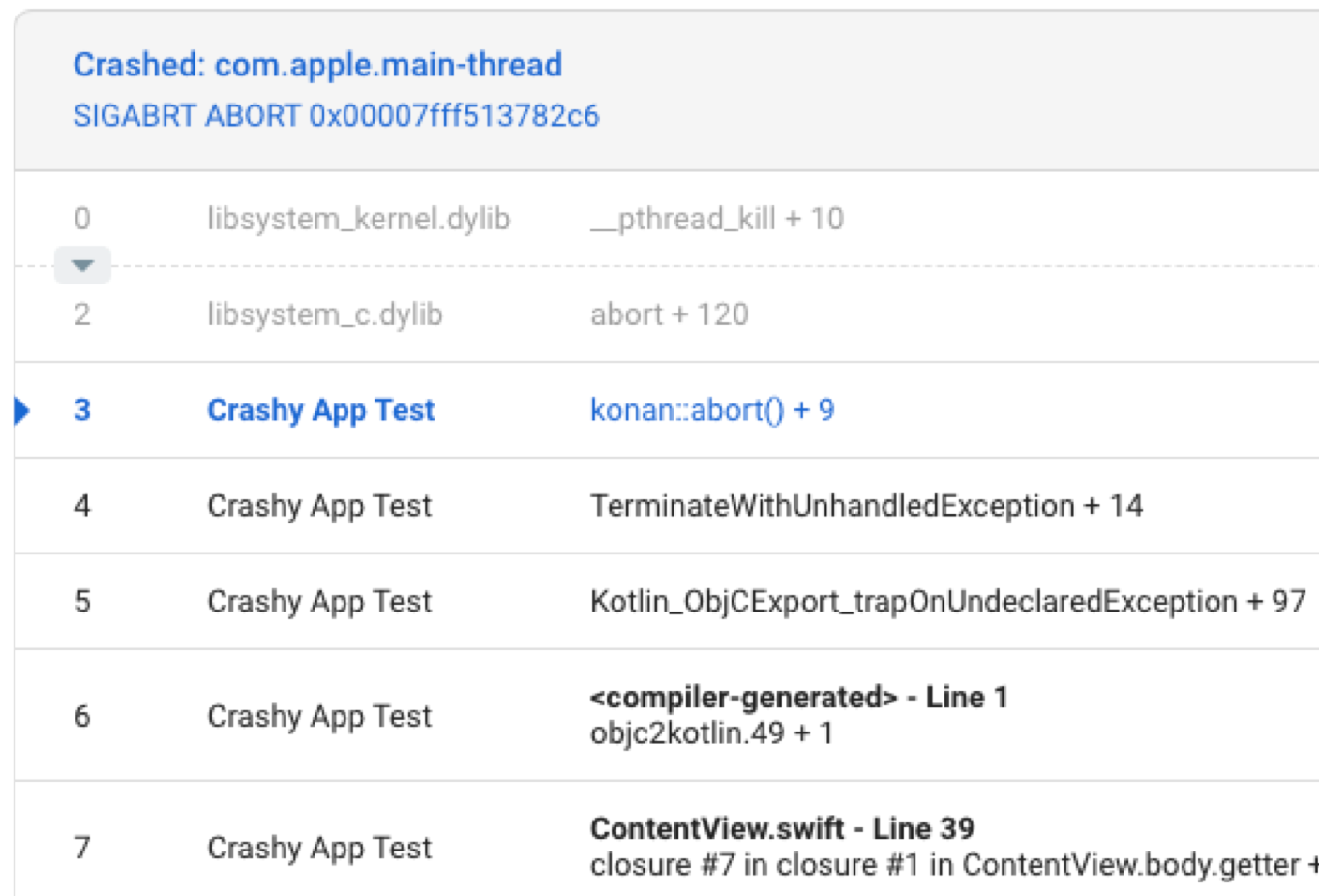 You want to see this: 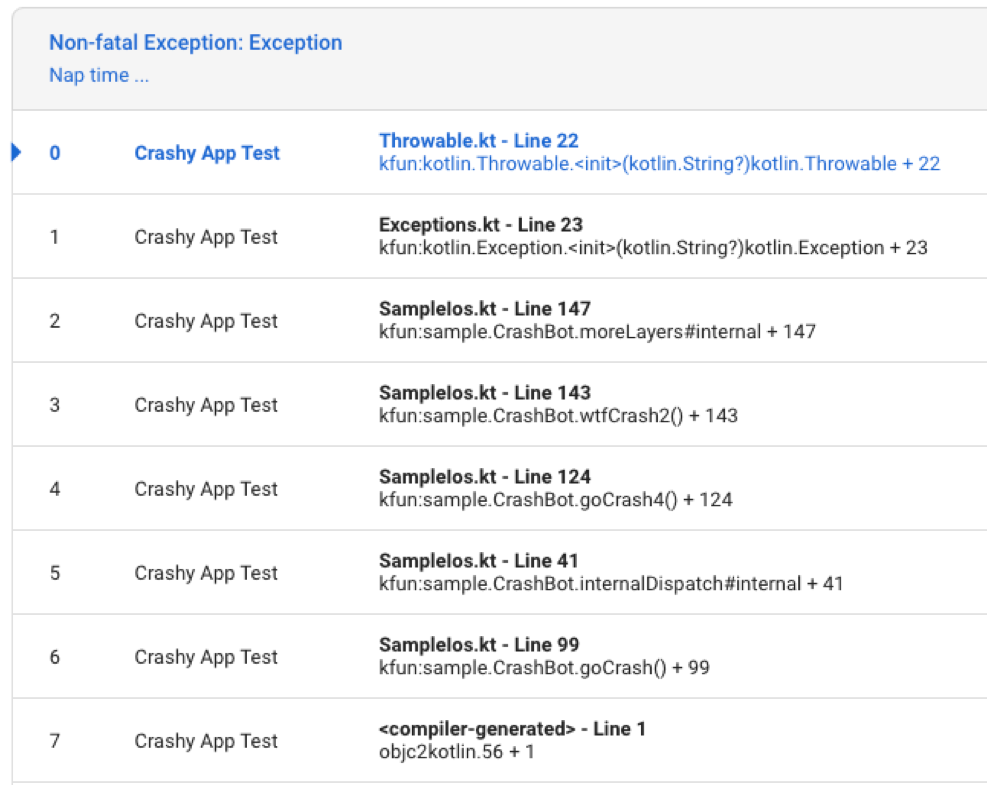 That's what this library is for.

You can use CrashKiOS directly, but it would be easier to integrate Kermit and use those implementations for Crashlytices and Bugsnag.