Use your own starting point when setting up a new app, e.g. CSS, JS, manifests an such.

To create your own template you use create-react-app first. Then you tweak the app until you're happy with it and you want to use it as a template for other apps.

Now you zip everything in the root of your app except for any build/ or node_modules/.

If you put these things on Github, let Github do the zipping.

An example template's code is located at https://github.com/stoyan/fail/

And the ZIP file's URL is available from... 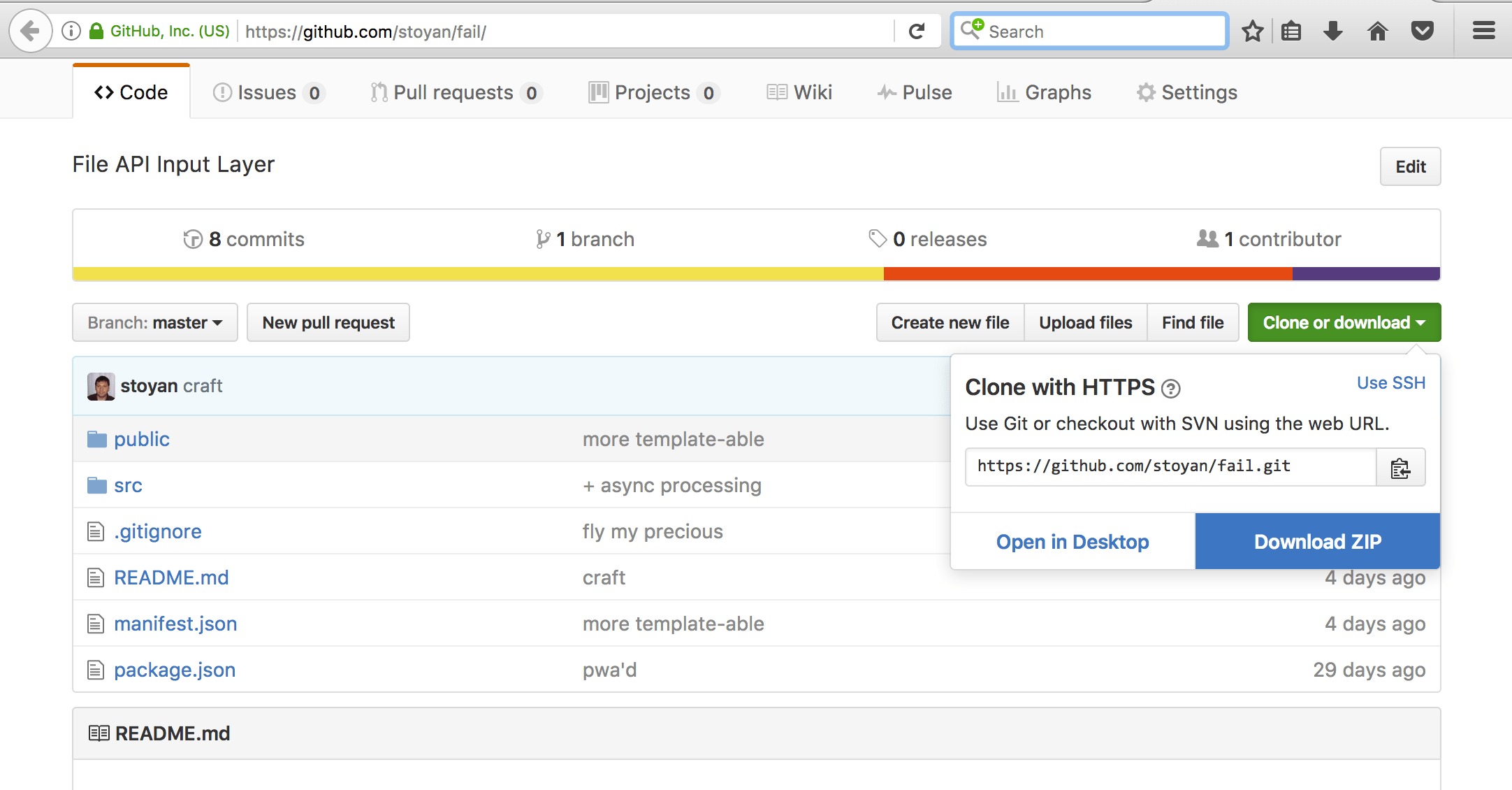 CRAFT has a spacial treatment for some files:

CRAFT has a special treatment for all .CSS, .JS, .HTML and .JSON files. In all of these files all strings matching the template's name (read from package.json) are replaced with the name of the newly generated app (set by the user). So if the user does...

... then the template's index.html (just one example) turns from...

... provided the template's package.json has...