A variety of plugins for the Code::Blocks IDE that will be useful for python programmers. Plugins include:

All plugins assume that python is installed and in the system path. 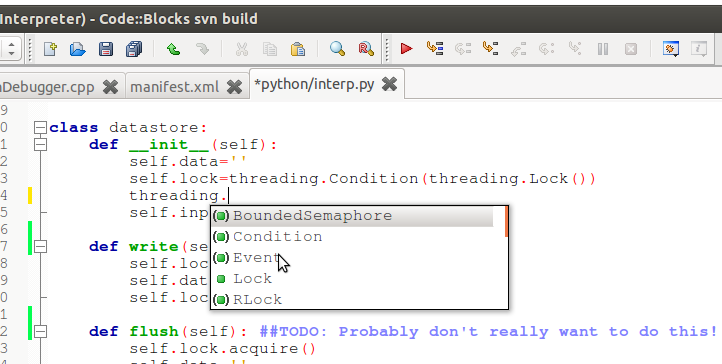 To use it, make the python debugger the active debugger from the debugger menu 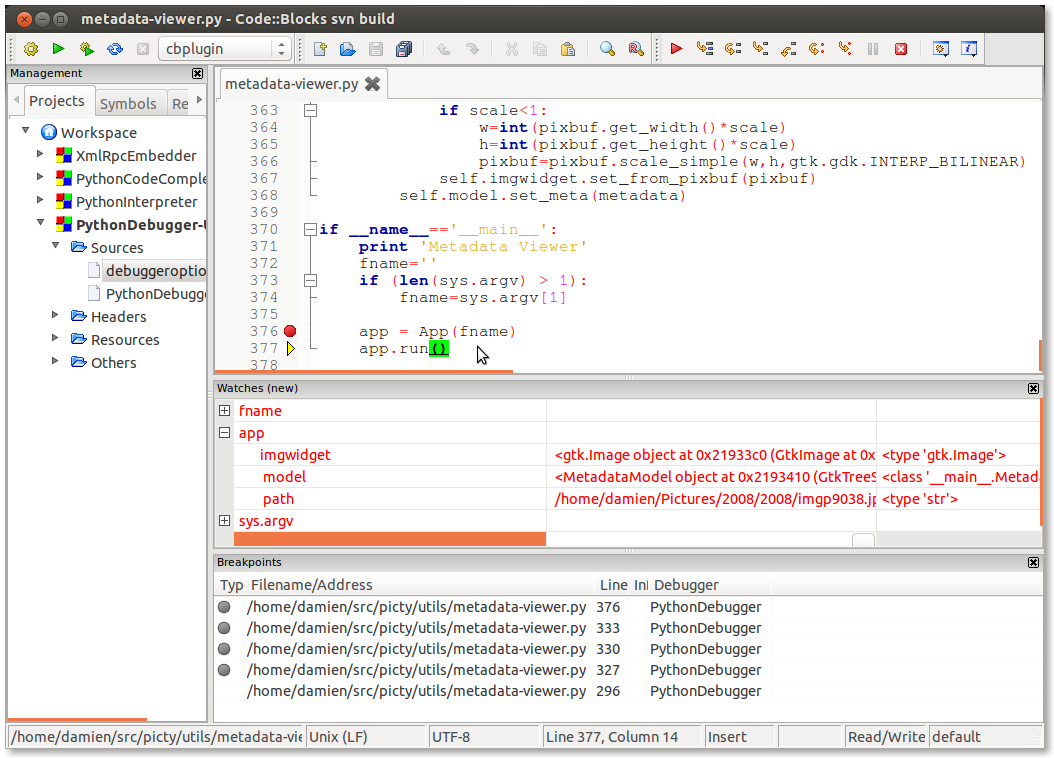 Each interpreter has 2 panes, one for editing and submitting blocks of code, the other for displaying the history of submitted statements and any output 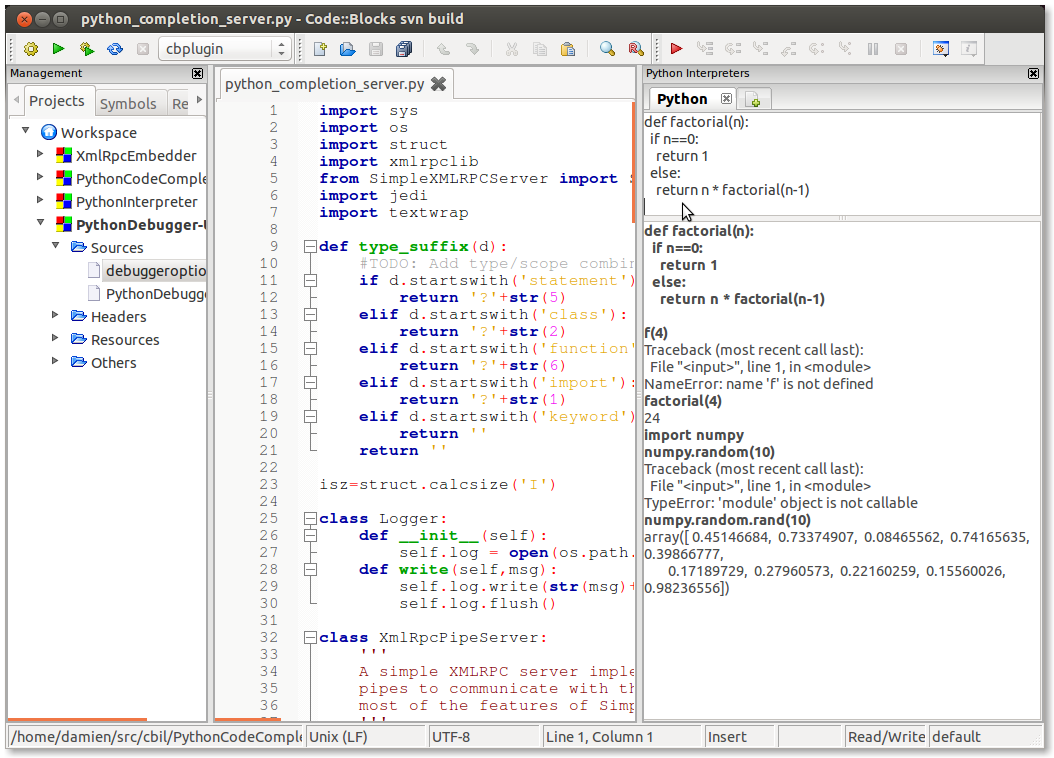 When the code control has the keyboard focus, press

There are two Code::Blocks projects for each of the plugins (one for Windows and one for Linux) and the XmlRpcEmbedder library that is used to control remote python processes from Code::Blocks. There is also a workspace file for Windows and Linux containing all of the projects.

For the cbplugin targets, the plugins that use it should be statically linked against the XmlRpcEmbedder lib if you want to be able to install the plugins as cbplugin packages.

Use the issues to report problems or get support at the Code::Blocks Forums