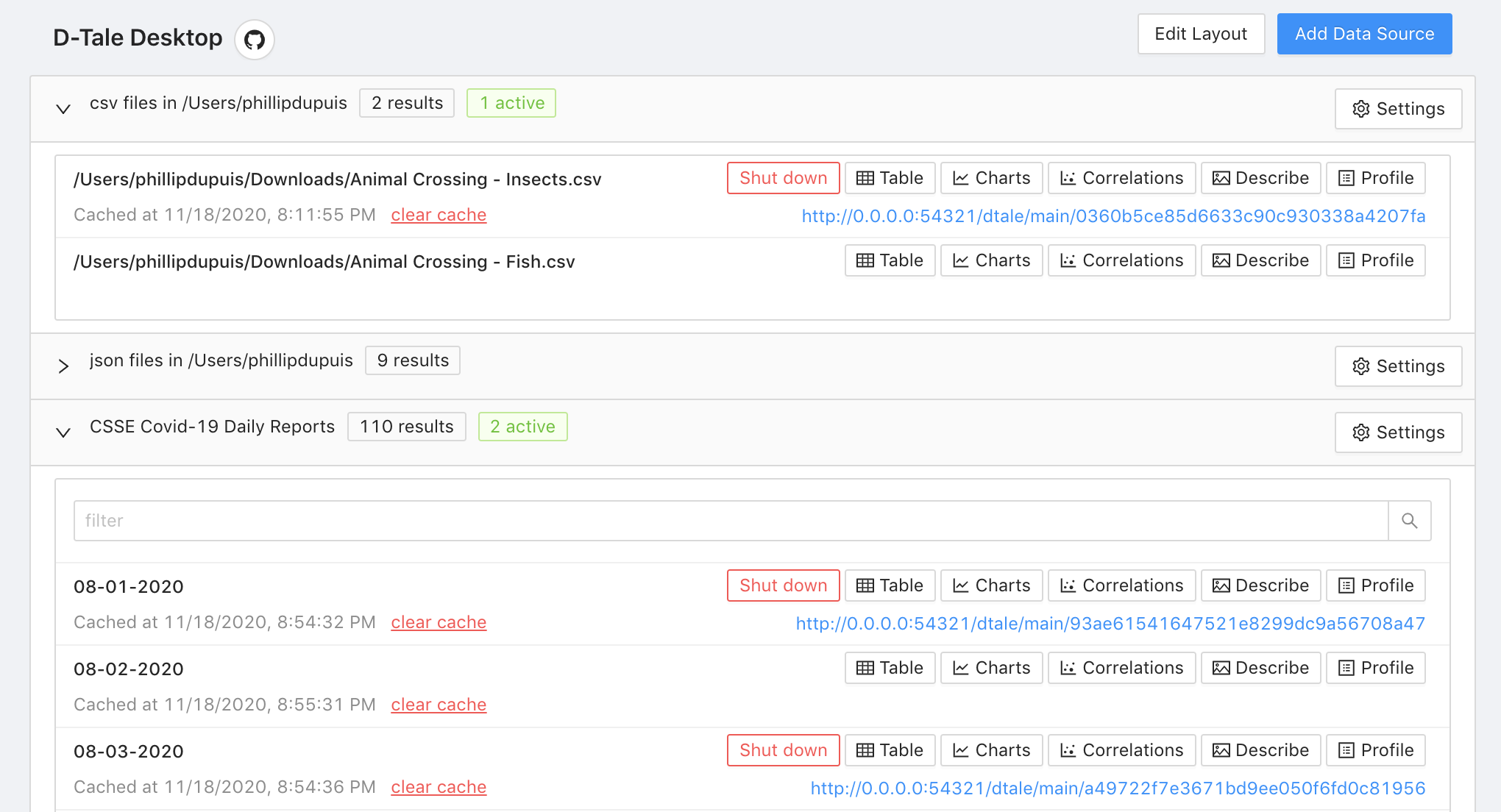 Running it from the command line:

Running it from a python script:

dtaledesktop simplifies the process of fetching data, cleaning/transforming it, and then performing exploratory data analysis. With dtaledesktop, that entire process is condensed into a single click.

It does this by providing a dashboard GUI, and any python code which returns a pandas DataFrame can be saved to the dashboard as a widget. Users can then execute that code and explore the DataFrame in dtale or pandas-profiling by simply clicking one of the widget buttons. The code associated with that widget can also be edited directly from the dashboard, and upon doing so the dashboard is updated in real-time.

Here's a simple example of using this workflow:

If at some point you decide you want to watch Apple too, all you need to do is click the "Settings" button and add "AAPL" to the list of stock symbols. It will immediately appear in the dashboard below TSLA.

The front end is written with react, using a mixture of ant-design and styled-components.

The back end is written in python, and it actually consists of TWO apps which listen on separate ports. The main one is an asynchronous FastAPI application, and it responsible for communicating with the dashboard, interacting with the file system, and executing user-defined code for fetching/transforming data. It is able to do this by saving the submitted code as persistent files and then using importlib.util to build and then import the resulting modules. The second app is for running dtale instances, and it is a synchronous flask application.

First, you'll want to clone the repo and install the python dependencies:

Then you'll need to install the javascript dependencies and build the react app:

And now you should be able to launch it like so:

If you want to modify the front-end, do the following: