doctest is a new C++ testing framework but is by far the fastest both in compile times (by orders of magnitude) and runtime compared to other feature-rich alternatives. It brings the ability of compiled languages such as D / Rust / Nim to have tests written directly in the production code thanks to a fast, transparent and flexible test runner with a clean interface.

The framework is and will stay free but needs your support to sustain its development. There are lots of new features and maintenance to do. If you work for a company using doctest or have the means to do so, please consider financial support. Monthly donations via Patreon and one-offs via PayPal.

A complete example with a self-registering test that compiles to an executable looks like this:

There are many C++ testing frameworks - Catch, Boost.Test, UnitTest++, cpputest, googletest and many other.

The key differences between it and other testing frameworks are that it is light and unintrusive: 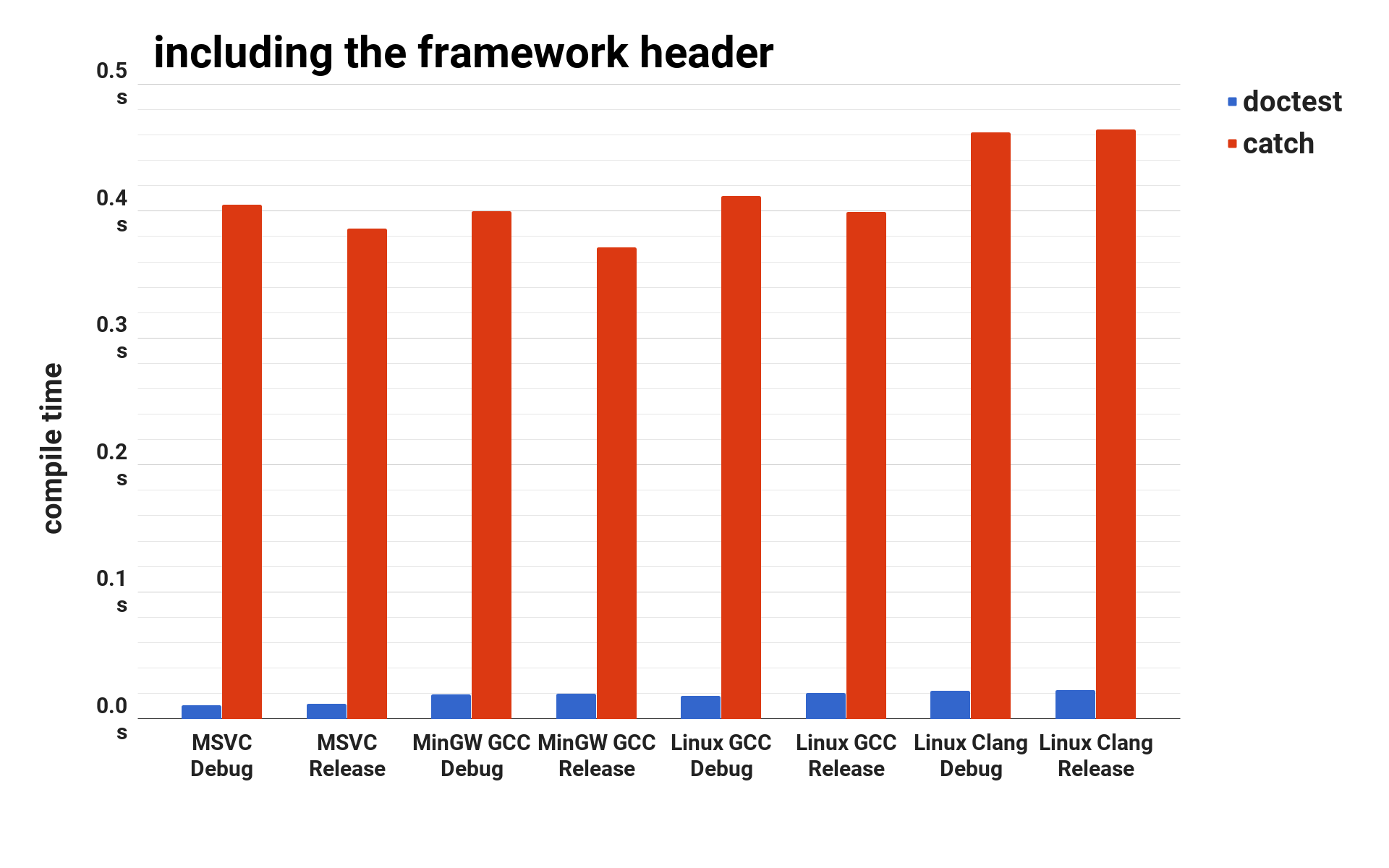 This allows the framework to be used in more ways than any other - tests can be written directly in the production code!

Tests can be considered a form of documentation and should be able to reside near the production code which they test.

The framework can be used like any other if you don't want/need to mix production code and tests - check out the features.

doctest is modeled after Catch and some parts of the code have been taken directly - check out the differences.

This table compares doctest / Catch / lest which are all very similar.

Checkout the CppCon 2017 talk on YouTube to get a better understanding of how the framework works and read about how to use it in the JetBrains article - highlighting the unique aspects of the framework! On a short description on how to use the framework along production code you could refer to this GitHub issue. There is also an older article in the february edition of ACCU Overload 2017. 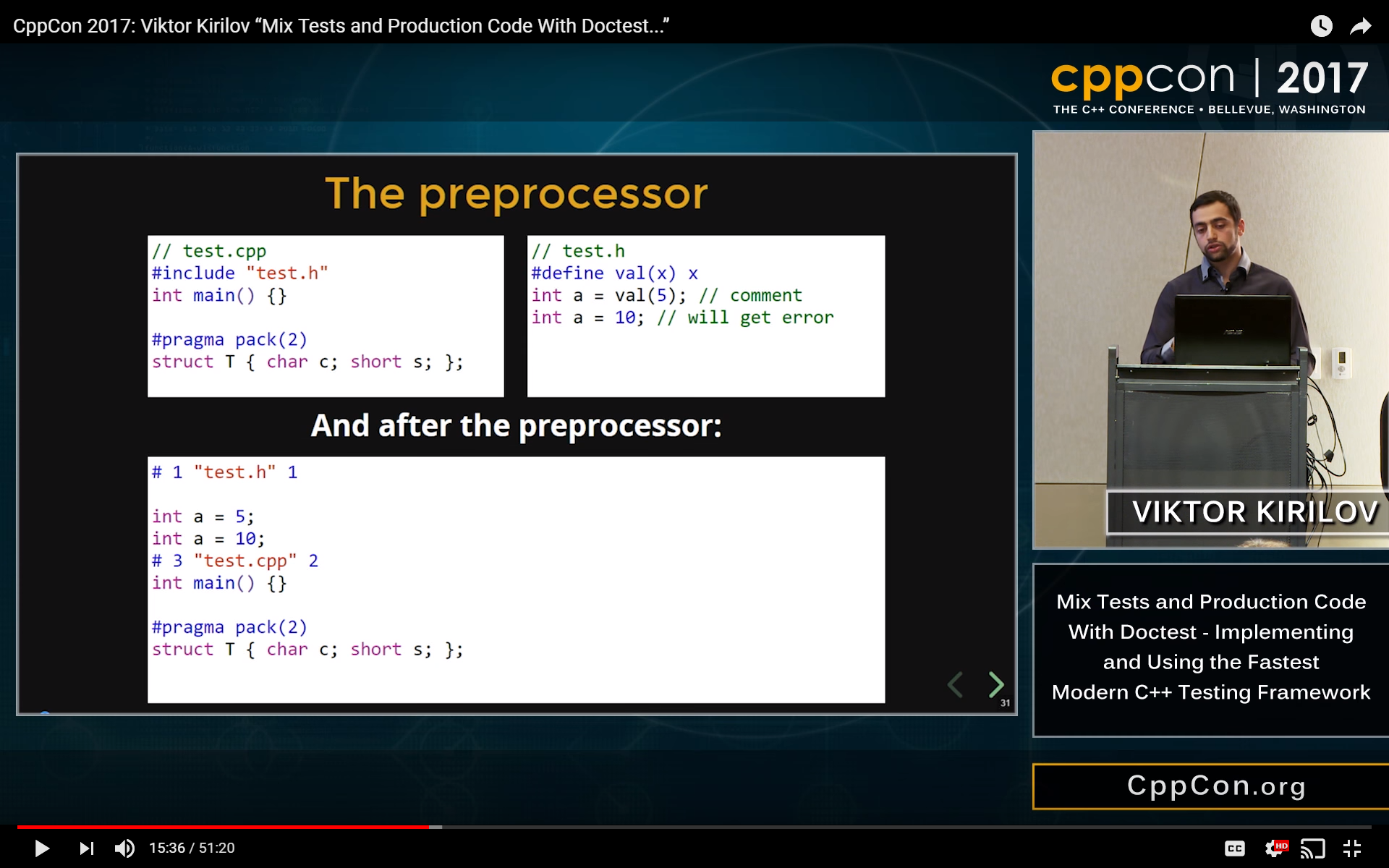 Support the development of the project with donations! There is a list of planned features which are all important and big - see the roadmap. I took a break from working in the industry to make open source software so every cent is a big deal.

If you work for a company using doctest or have the means to do so, please consider financial support.

Contributions in the form of issues and pull requests are welcome as well - check out the Contributing page.

The logo is licensed under a Creative Commons Attribution 4.0 International License. Copyright © 2019 area55git